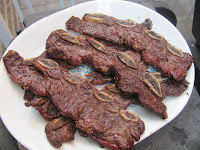 Beef short ribs were on sale yesterday and Teena and I picked some up. Neither of us had ever cooked or BBQed short ribs before but I wanted to give it a go.

I searched the 'Net and found all kinds of sauces, marinades and methods to use.  When I came upon one on Just Cook It, I knew just how I was going to do them. Oh, and the article is a hilarious read too.

I picked up a copy of Gourmet magazine at JFK airport (‘The Grill Issue').

In it was a wonderful photo essay about a Mexican barbecue supper complete with recipes for a multitude of tasty treats. But one in particular stood out because it made me scratch my noggin and mutter: ‘There’s no way that could work. It goes against everything I know and cheekily tickles the scrotum of classical cuisine.’

Beef short ribs. Unmarinated. Unbraised. Unadorned. Just seasoned with salt and pepper then cooked over hot coals and torn apart by enthusiastic teeth. How could you not want to try that?

Time to give it a go.

I did just as the article said. I took out the ribs and let them come to room temperature and then seasoned them with just some salt and pepper, then let them sit for about 15 minutes as the grill warmed, then throw them on the grill. 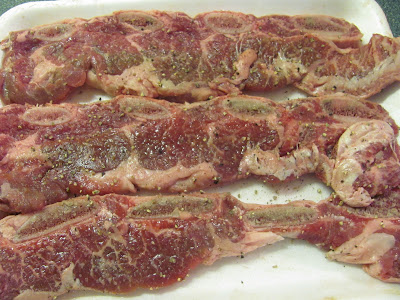 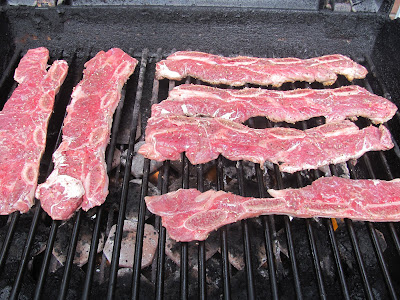 I browned them for about 3 minutes on each side.  Then something I have never done before, I turned of one side of the grill, turned the other up to high and moved the meat to the non-flame side of the grill to cook in indirect heating. 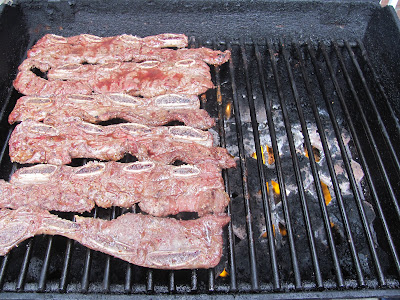 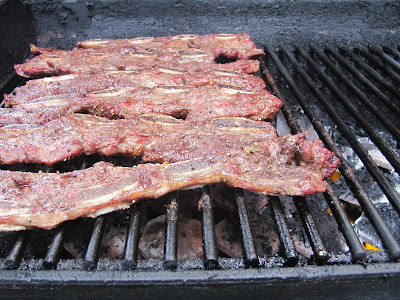 I flipped them about every 5 minutes for about 20 minutes and brought them in. I was not afraid of overcooking these as I wanted them to be well done.  Plus as the article said, "You have a lot of leeway with these bad boys. A steak can overcook in just a couple of minutes. These butch fellas can take it, begging for more. It’s like watching the cast of High School Musical take on a team of Jack Bauers"

I love this guy!

After resting for about 5 minutes, we served them up with a pile of potatoes that Teena had made. I have to say it was a great meal and so easy to make. Sometimes simple is best.

I'll be making these again! 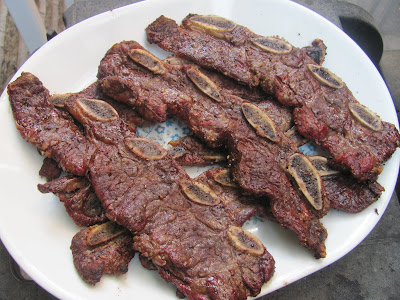