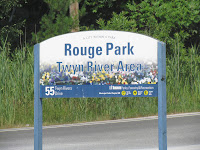 For years I have thought about going to the Rouge Valley for a hike. I haven't been there since 1 was around ten or twelve. This afternoon and I did just that and spent the afternoon exploring the trails of Rouge Valley Park.

There are quite a few hiking trails throughout the park. Teena and I choose to park at the Twyn Rivers area and hike north along the Orchard Trail, then cross over to the other side of the Rouge and come back along the Vista Trail that hugs the ridge overlooking the valley.

The 10,000 acre area has been in the news lately as it has finally been named a National Park during the Throne Speech by Prime Minister Stephen Harper.

"In this, the 100th anniversary year of our national parks system, our government will create significant new protected areas. It will work with provincial, regional, municipal, aboriginal and community stakeholders toward establishing an urban national park in the Rouge Valley of eastern Toronto."

It was extremely hot today and I learned two lessons. Bring more water than you think you will need and don't start a hike on a day like this slightly thirsty. It took us two hours to hike the 5km of trails. It was a great walk. I look forward to going back in the fall for the colours and the winter for snowshoeing.

Our walk in pictures

***
A warning that we are in the wild 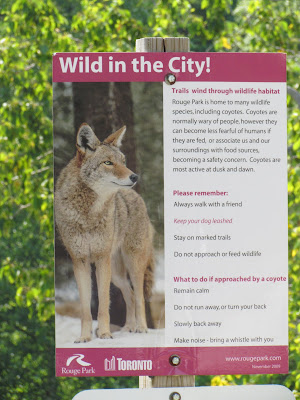 Hiking along the river 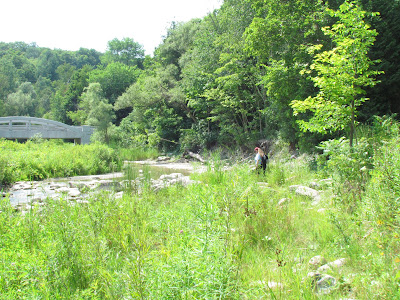 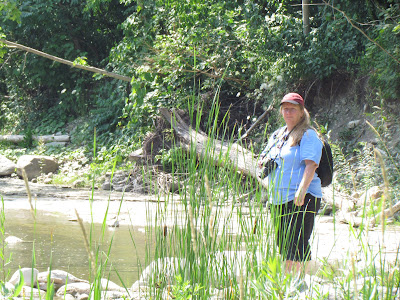 I realized that my pictures were too bright, so I checked my "exposure compensation" on my camera and found it was set to +1 from the last time I used it. I backed it off to a -1/2 which greatly improved the colours. 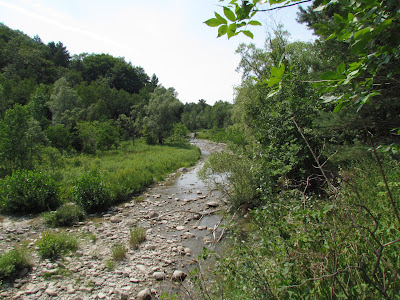 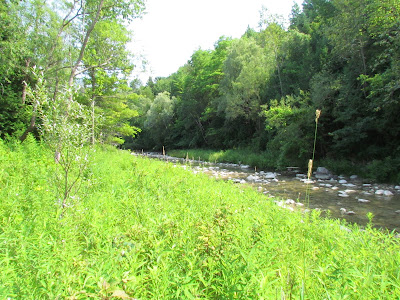 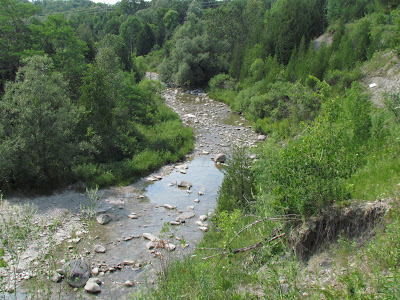 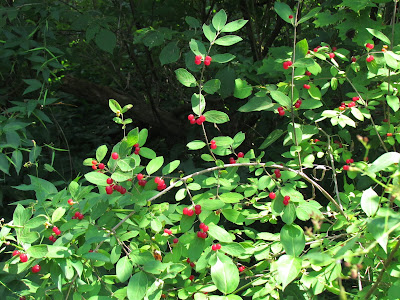 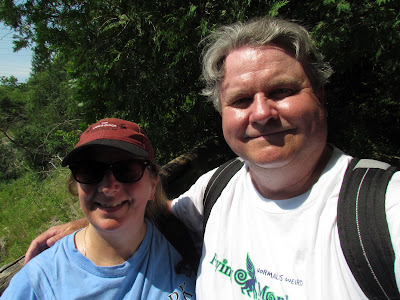 Back on the trail. 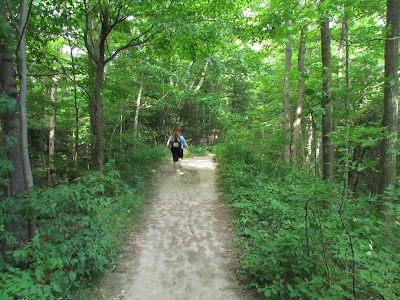 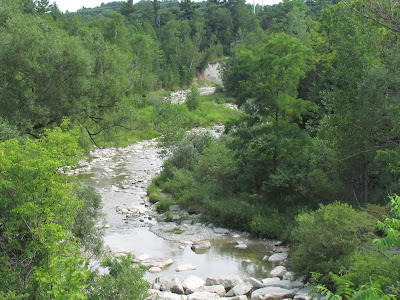 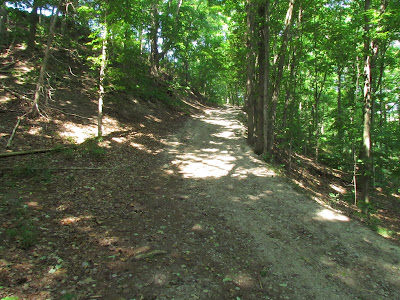 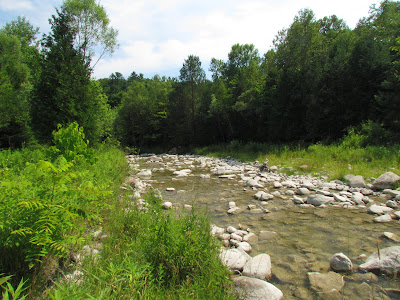 Here is the look-out and the view from it. 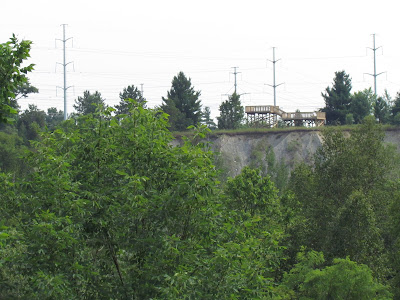 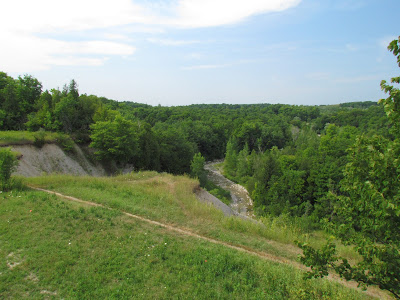 Finally, can a park play a trick on you? Sure can! I saw this bird from far away, leaned up against a pole, steadied my camera and shot. Wow! A beautiful blue bird ... until I got home and had a close look. Ha! You got me! Still it's a good shot from a long distance! 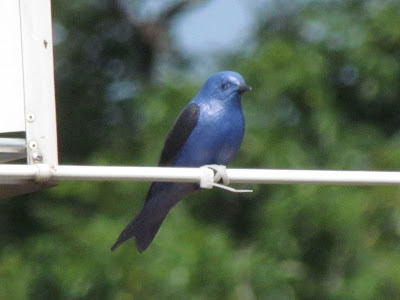