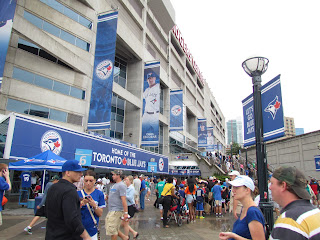 Tomorrow Teena and I start our vacation.

In the morning, I head to Hamilton to pick up my son, Ken, who is coming in to look after our kids (cats) and our place while we are away. Then in the afternoon it's off to the spa.  Saturday, we're off to St John's, Newfoundland, and Saint Pierre & Miquelon for a week.

I have never been good at surviving the last afternoon before vacation so when I heard the Toronto Blue Jays had an afternoon game today, I knew I had to be there.

The Jays swept Boston last weekend but were demolished by the Oakland As the past two games, especially last night when they set a team record for the biggest shutout victory against them, 16 to 0. Hopefully this afternoon would be different.

39,003 were in attendance to see the Jays rally from a three to nothing deficit to lay a trouncing of their own on the A's 10-4.

I bought an outfield ticket on the main level and spent the game walking the stadium looking for some good angles to shoot. Here's my afternoon at the ballpark in pictures. The dome was closed so it was hard adjusting to the artificial light which of course is not as bright as natural daylight so some of the pictures are darker than I would have liked.

***
The Rogers Centre (then the Skydome) was completed back in 1989. One of the interesting features is "The Audience" by Michael Snow, built into the outside of the stadium to greet fans when the come to the stadium, one on the east side and the other on the west. The east side one is the first shot. 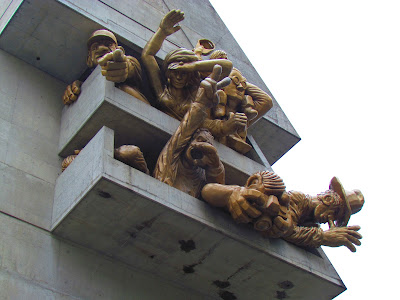 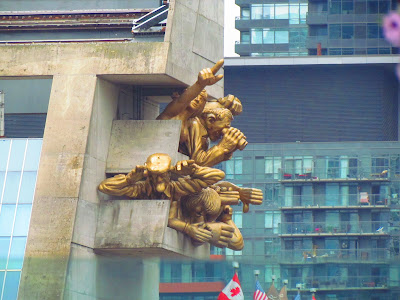 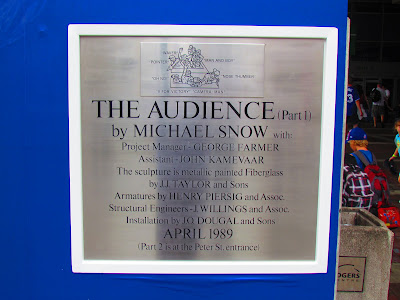 Aaron Laffey throws the first pitch of the game. A swinging strike! 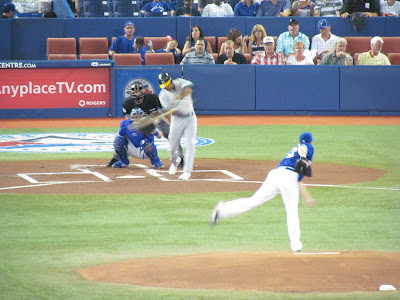 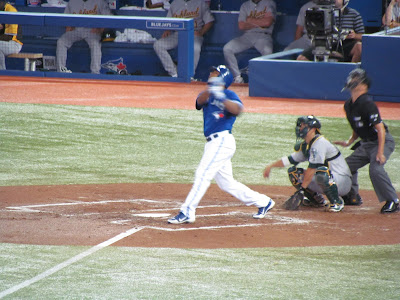 Here are a couple of pictures of Aaron Laffey in which I was trying to capture the violence of throwing a pitch. No, I didn't use the Rapid Fire mode on my camera. I caught these with one shot. Look at the torque in Laffey's arm in the first shot! 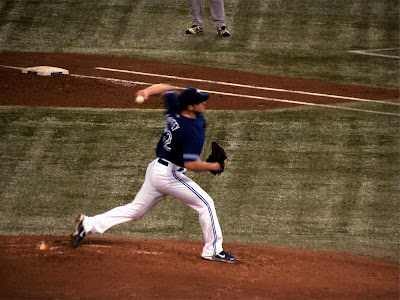 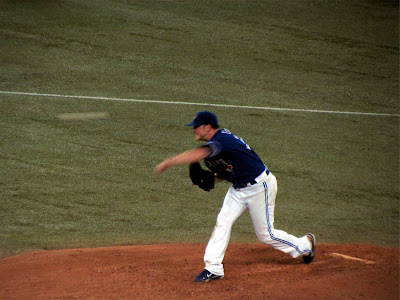 Catcher Jeff Mathis steals second but had to go back to first due to batter interference by Omar Vizquel at the plate. 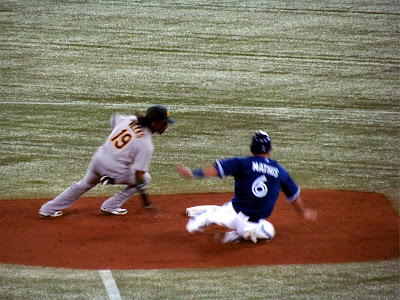 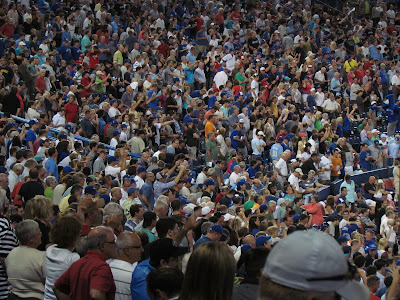 I thought I would try to catch an outfielder catching a fly ball. When I did there was almost a collision between Travis Snider and Colby Rasmus who did make the catch. 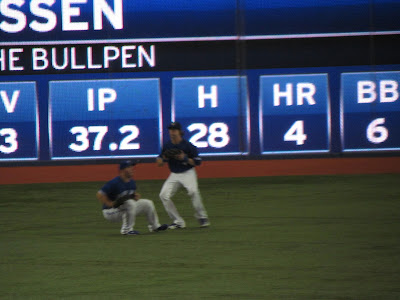 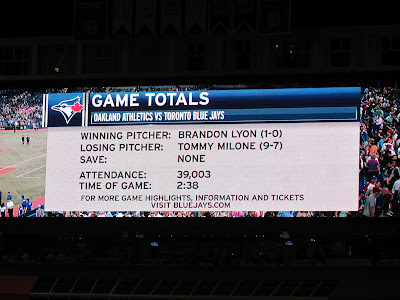 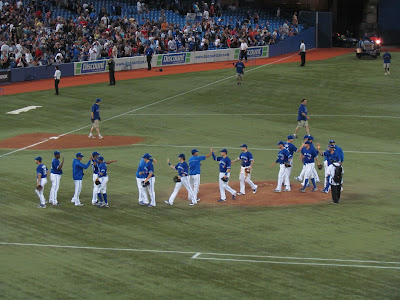 Just outside the stadium, Go Trains sit ready for to take fans and workers home during the rush hour. 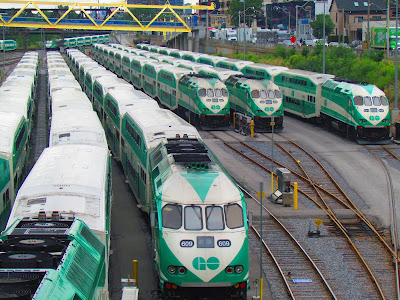