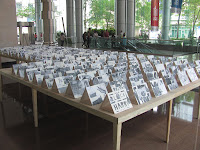 Today when I headed downstairs for lunch noticed a group of people putting the finishing touches to a display. The display was a mass of small tents.

Over at Fort York, Luminato is putting on The Encampment, with each tent having the artists interpretation of an aspect of the War of 1812. The project that is at the Wintergarden Lobby at David Pecaut Square at Metro Hall is a mini-encampment done by Toronto Students.

The Encampment School Project Working with Thomas+Guinevere artists Thom Sokoloski and Jenny-Anne McCowan from The Encampment, two hundred students contributed to a “mini-Encampment”, replicating the two hundred full size tents of The Encampment installation at Fort York National Historic Site, using photos and collage to discover their own modern interpretations of a historic event.

It is quite interesting and I will spend some time over the next couple of weeks looking more closely at the tents and what they represent. The display runs June 8–17, 2012. 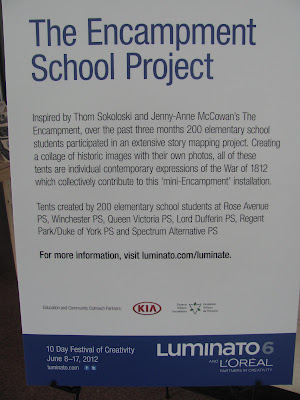 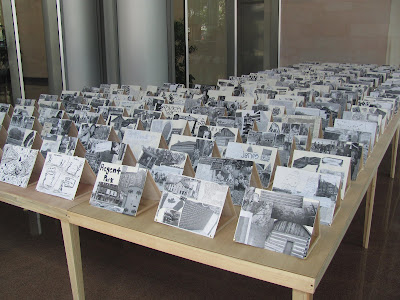 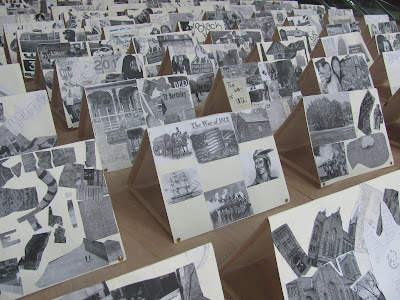 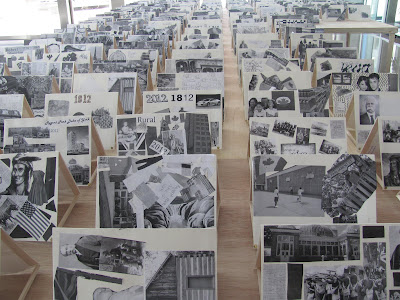