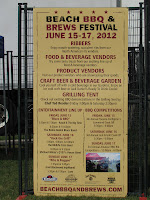 Today Teena and I headed across the city to Woodbine Park by the beach (also known as The Beaches) area for the Beach BBQ and Brews.

An incredible venue located at Woodbine Park in the “Beach” in the east end of Toronto. Supported by the City of Toronto and buoyed by a large consumer base this event is family friendly, active and the place to be! Come out to this FREE RIBFEST to enjoy great BBQ, Live Music, Children’s Area (complete with rides!), BBQ competitions, Grilling Demonstrations, Craft Vendors and of course the Beer Garden. It’s a community favourite and has something for everyone!

There were problems with the Queen streetcar line when we were heading out so we took a bus up to the subway and across to Carlaw, catching the bus down. Going out of our way the way we did saved a lot of time. Turns out we found a lightning way to get to that part of the city!

At the festival, there were seven different ribbers there from around North America selling their ribs in full rack, half rack and third rack. Beef and chicken were also available and, of course, people could buy their sauce.

On stage were rock cover bands that were pretty good.

There were amusements and rides for the kids, a craft show area and, of course, a beer gardens featuring nothing but Ontario craft beer. Coolers were also available from one booth while wine and cider were sold by another. 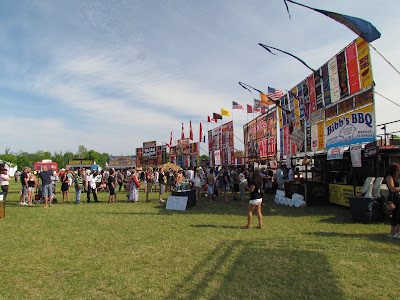 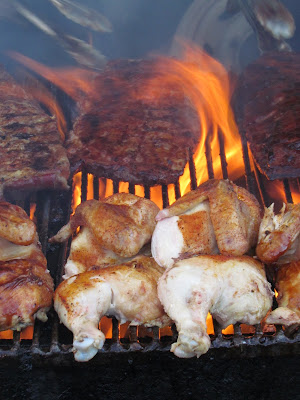 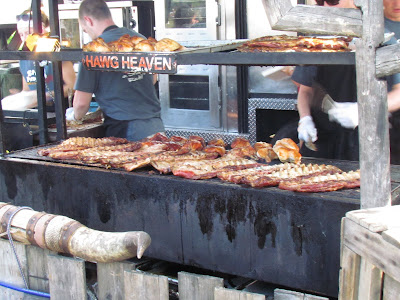 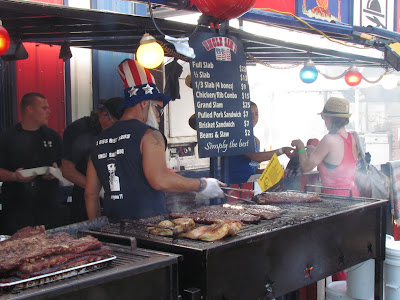 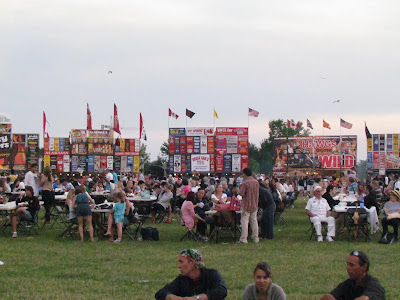 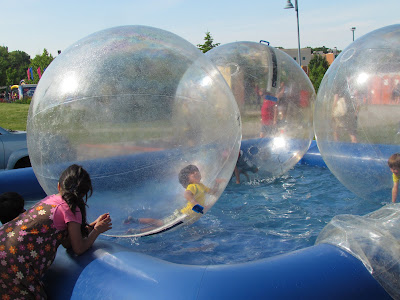 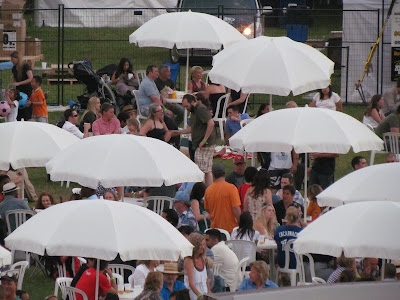 The food. We chose Camp 31 for supper. I had beef brisket on a bun and a 1/3 rack of ribs. Teena had a pulled pork sandwich, one of the very few times either of us forgot to take a picture, and a half chicken. It was a lot of food so we shared. 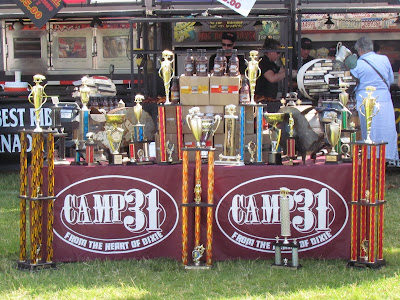 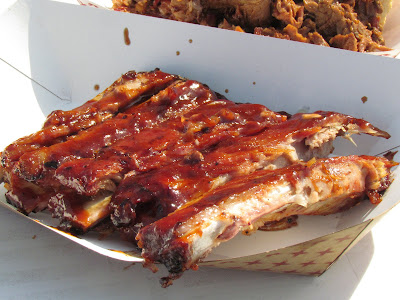 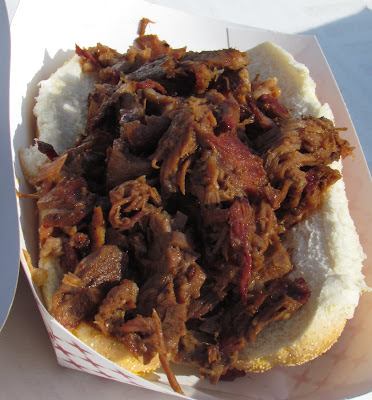 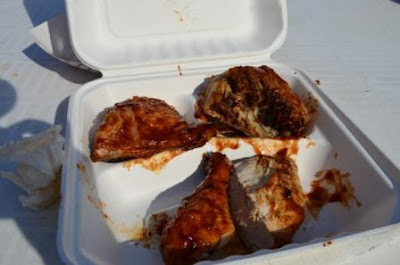 Ken, the President of Black Oak Brewing came over for a chat.
I had a few of his Summer Saison which I love! 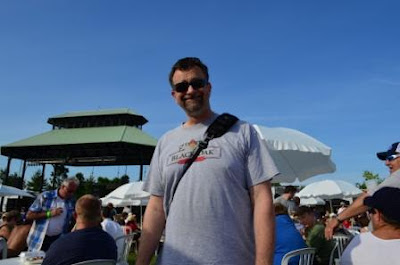 Some other shots of our day 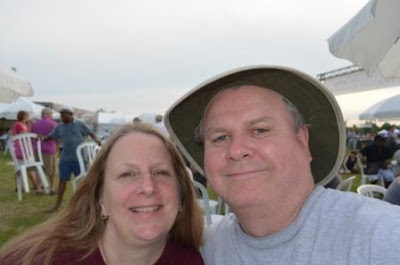 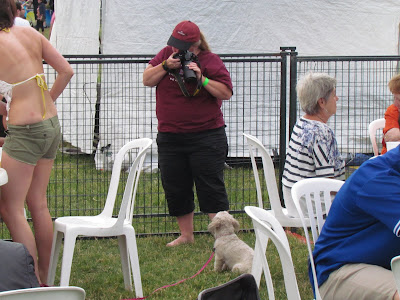 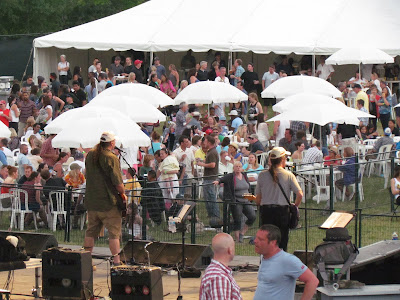 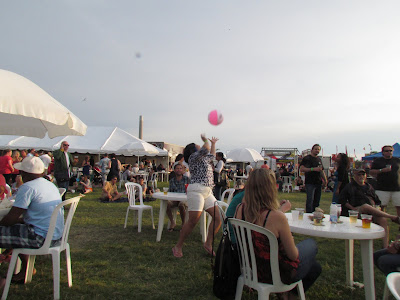 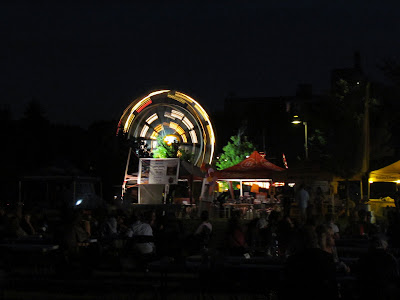