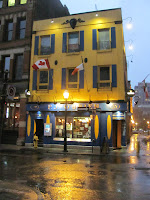 Tonight Teena and I went to P.J. O'Brien Irish Pub for supper. We have stopped in for drinks before but never for supper. We also had never sat in the east side room of the restaurant and never knew it existed.

When we entered, we saw drums were set up and were told a band was going to be playing at 9:30. The front tables were all reserved. No wonder. When we heard the band was Fiddlestix, we decided to eat at the bar, close to the band. We had seen them before at the Kitchener Ribfest and they were awesome. What luck to see them again!

Connor was a great bartender and looked after us well all night. Teena was torn between the spaghetti which was the special and the Chicken Curry. After discussing the choices with Connor, she ordered the curry. There were huge chucks of chicken in the curry which she loved and Connor was on her good side for the rest of the night. 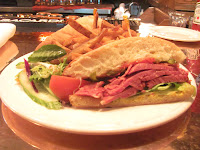 I ordered the Corned Beef sandwich which came with salad and fries (usually you have to choose between the two so this was a bonus). Everything on my plate was delicious. It has been a long time since I had a good salad and found this one tasty and refreshing. The fries were excellent and I loved the sandwich. There was a lot on my plate and I could not eat it all.

I'm glad that we got there early as the place filled up just before the band came on. Fiddlestix did not disappoint.

Fiddlestix features the world's most innovative electric violinist: Steve Bowen. His intense arsenal of styles (celtic, bluegrass, rock, classical, pop, blues and even jazz) is shocking to his new audiences and continues to awe long-time fans.

As the description above says, the tunes are from all variety of music. Hearing them play "In the Mood" was awesome. There is a lot of energy if their show and Steve Bowen is sensational with the electric violin. There wasn't a tune that I didn't thoroughly enjoy! 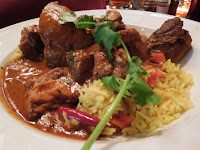 There was a surprise in the evening when John McDermott, a Toronto-based Scottish singer came in. He sang a couple of songs with the band and did some solo tunes during the bands break. What a great voice!

For the band's second set, even more people flowed in. Even though we had great seats at the bar close to the stage, we still had a hard time seeing. The tunes were great, though, and we left after the set was over.

I love the set-up of P.J. O'Brien. The east room was jumping with a younger crowd and the band, while in the west section, it was jammed with people who just wanted a drink and conversation.

One final note is that there is a decent beer offering on tap. Being an Irish pub, they offer Guinness, Harp,and Smithwicks but I decided to have instead a couple of Spearhead Hawaiian Pale Ales and a couple of Samuel Adams Boston Lagers.

P.J. O'Briens has joined my list of great pubs in the city. 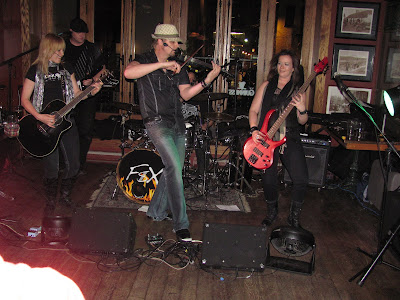 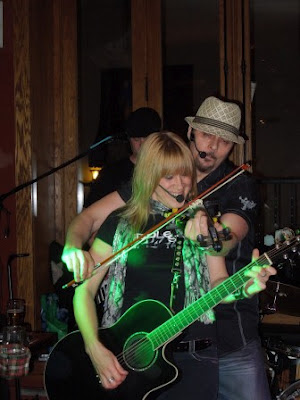 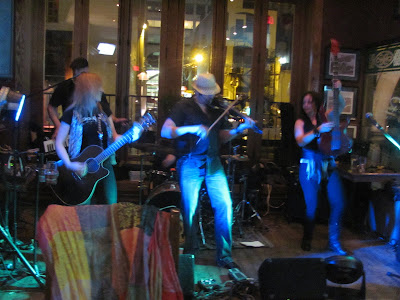 John McDermott singing with the band, then solo during the break. 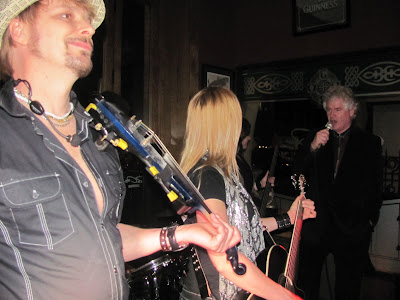 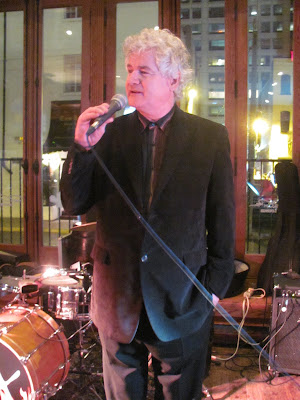