The Importance of Stretching and the Knee 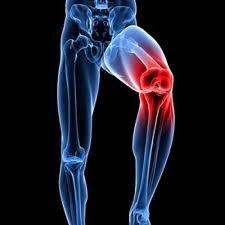 Last spring I tore my meniscus and, as a result, have not fenced since the Can/Am tournament in May.

Instead I have been doing exercises prescribed by Lauren, my physiotherapist, to relieve the pain and strengthen the muscles that help to support the knee. Lauren has been great in applying Active Release Techniques along with other treatment to help my knee along.

The inside and outside of my knee became very sore around the end of September. That was also the time Teena and I had vacation time and I stopped seeing Lauren. I thought my knee was still coming along after I went full tilt into my exercises. Then Saturday I was hustling to the subway and Sunday I woke up with huge pain in my right knee.

Damn! Will it ever be better??

Monday I went in to see Lauren. I was worried that whatever I did, my fencing year was gone. She tried a few tests on my knee and leg and proclaimed that it wasn't a knee issue at all. My hamstring and calf muscles were like rocks. As a result of them being so tight and constricted, the ham strings are pulling up the tendons in my knee, while my calf muscles are contracted and pulling down on those same tendons.

No wonder there is knee pain!

Since the very first time that I saw her, Lauren has been telling me that I should be stretching very regularly. Now that I think of it, so has my massage therapist, Jenn. So has our fencing club's conditioning coach, Crissa. So has my chiropractor, Shannon. I should have listened

As I was concentrating so much on the current knee exercises, I didn't stretch at all in the past 6 months which created new problems. 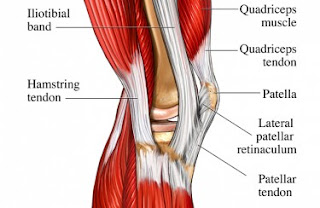 So now I have hamstring and calf stretches I can do at my desk during the day. I have an email alert set to notify me.

The result? Less than 2 days later, the pain is gone.

On the weekend, I will start again with the strengthening exercises but will always remember to do my stretches at the end. I am going to start yoga again too which I found so helpful in the past. For the rest of this week, though, it will be, rest, stretch and ice.

In a conversation with Crissa once, we were talking about whether it is better to stretch before or after a workout. For me, she said, "You should just stretch all the time!"