A Night in Antigonish 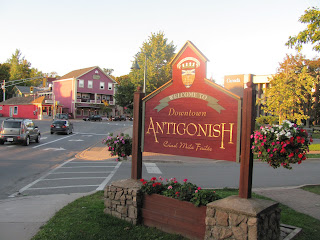 Teena had a sales conference in Halifax which went from Monday to noon today.

I flew in via Porter Airlines and Teena met up with me at the airport, and off we went heading for a trip around Cape Breton Island. Our first stop was Antigonish, home of St. Francis Xavier University (St. F.X. or "X" as it is known) where Teena attended university.

Before we stopped to check into our hotel, Teena drove me around on a whirlwind tour of the town. There looked to be a cross country event going on at the university and I found Antigonish to be a cute scenic town. Just around 5,000 people live here so it is small.

Now why is there a picture of my suitcase to the right? Well, because that is not my suitcase. It belongs to Lorraine from Tatamagouche. It looks like my suitcase and has the same Canada Flag card dangling from it but it's not mine. 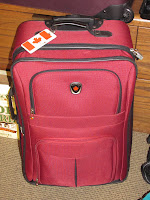 When we checked in, I was going to crack a beer and found my bottle opener/corkscrew had been taken from the top outside zippered compartment. I couldn't believe it! Someone took it? Then I thought maybe I moved it to the lower compartment with the microwave popcorn.

I was baffled to find clothes in it. Woman's clothes.

Then I checked the back of the tag ... ummm, it says Lorraine?!

We called the airport in Halifax. They have my bag which will spend a pleasant time there 'til we get back. We pass through Tatamagouche on the way home and will drop off Lorraine's bag to her then. Hopefully she is not too upset.

Note: Joe Fresh which is located in Loblaw stores, or attached to them, is a very good place to shop for cheap, decent clothes. After all, our first trip out in Antigonish was stocking up on my travel wear.


Our hotel. It's functional, close to downtown, clean and friendly. 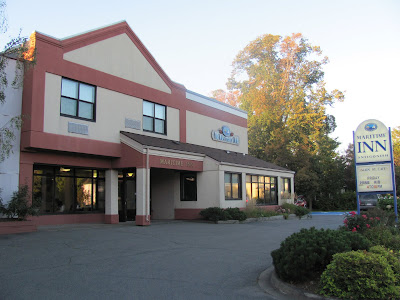 The town is quite scenic. Unfortunately it was late and I didn't get too many shots of town. 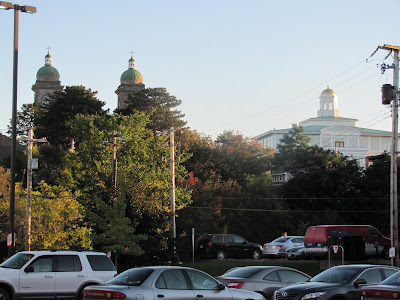 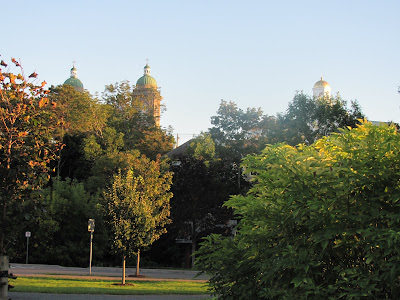 During her university days, Teena ate quite a few meals at the Wheel, a popular place for university kids so that's where we had supper. A quaint small place that Teena says has not changed over the years. One reason they have stayed open all these years? They do make good pizza! 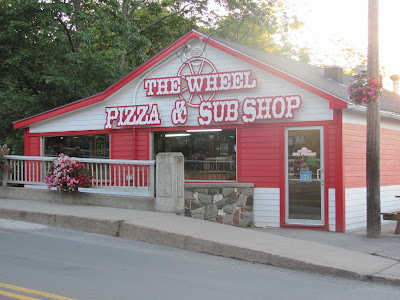 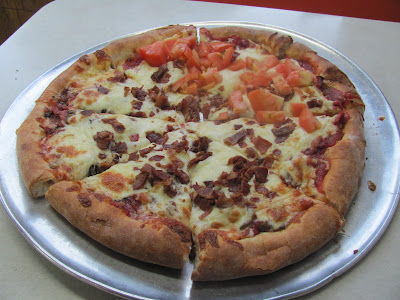 The Nova Scotia Liquor Store (the LC) was interesting. In Toronto, we have a rum section, usually a few shelves. At the LC, there is a rum section! They have a wall just for spiced rum. It was the only picture I could get of the section as photos are really not allowed. 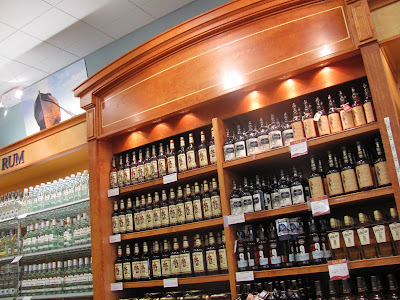 In Nova Scotia, beer is only sold at the LC and there was a large self serve cooler. This was the weirdest beer I saw. Not one I would want to try. 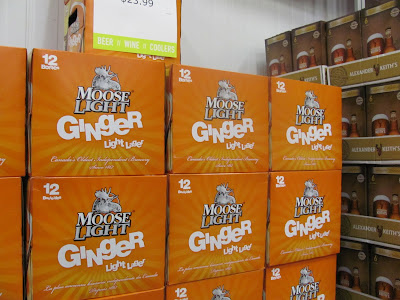 We hit Pipers Pub, which Teena remembers as the Triangle. It was a large open place and from what the bartender said was very popular, especially on Wednesday nights when it's $3 pint night. We found that out when we paid up. Three bucks! That's with tax too! 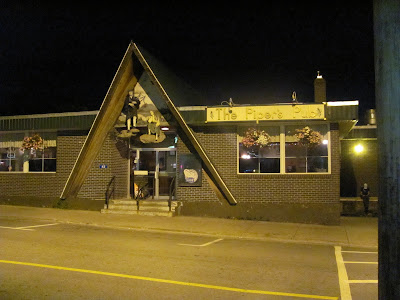 I had a Clancy's Amber Ale which is made by Moosehead and is an OK beer. Teena had rum and coke. The cost per round? $7.45. I think I like Pipers! 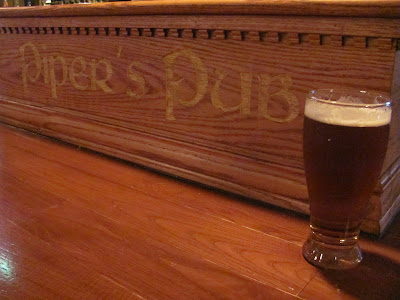 Tomorrow we are off to Sydney, up in Cape Breton.
Posted by Swordsman at 19:35