Fort Mississauga, Niagara on the Lake

This morning, Teena and I walked over to Fort Mississauga, which is a National Historic Site of Canada.

The grounds are kept up but there are no guides or re-enactors in period dress on the grounds. There are signs around explaining the fort and the structure of the blockhouse.

I find it an interesting place to visit and glad that Teena also enjoyed it. It is now surrounded by Niagara-on-the-Lake Golf Club, which is a 9 hole golf course built in 1875 and is North America's oldest existing golf course. You have to cut through the golf course to get to it. Below is a view of the fort looking down from the first tee. 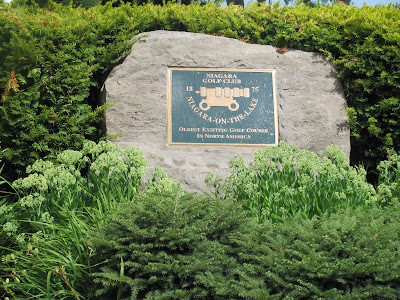 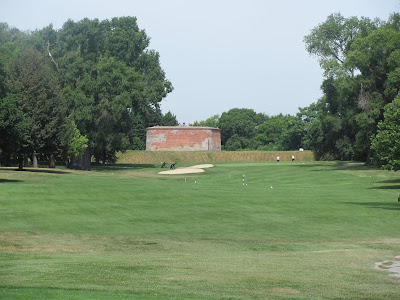 After the Americans successfully invaded Niagara on the Lake (then know as Newark) in 1813, it was realized that Fort George was an ill-placed fort. It did not protect the mouth of the Niagara River nor the town. So after gaining back possession of the town and Fort George, seven months after the invasion, it was decided to abandon Fort George and build another facility, Fort Mississauga to protect an attack from the lake. It is a classic example of a star shaped British constructed fort. I borrowed this shot from the net. 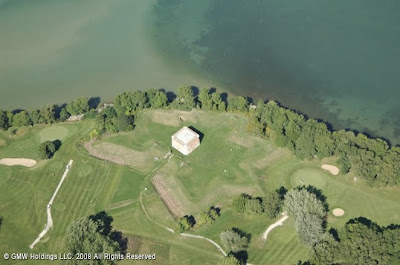 It was never put into action while the war of 1812 raged but was manned until 1826. After the rebellion of 1837 and to protect the town from the Fenian raids and possible aggression during the American Civil War, the fort was again garrisoned from 1837 to around 1870 Below is a view of the fort from one of the points of the star formed walls. Notice to the left of the blockhouse the hole in the earthen wall which was the powder magazine.To the right is a gated tunnel to the lake. The blockhouse in the middle held a cannon on the roof and the walls are 8 feet thick. 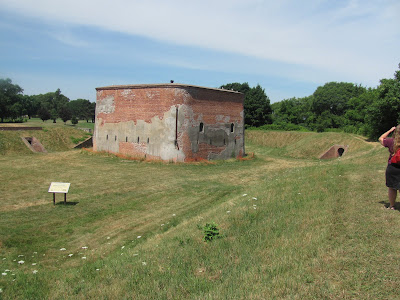 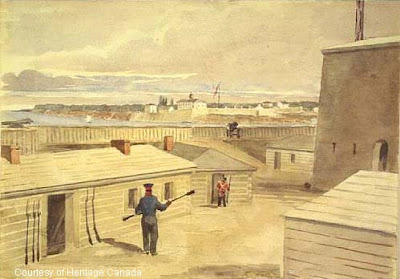 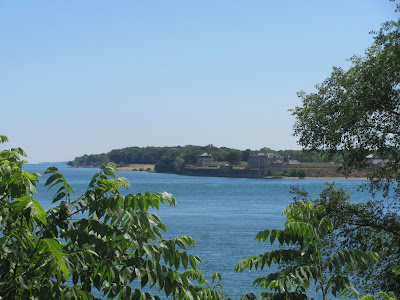 There are two historic plaques on site. One tells the story of the fort and the other, on the wall of the entrance, is for Point Mississauga Lighthouse built in 1804 which was the first lighthouse built on the Great Lakes. It was destroyed in 1814 to make way for the fort. 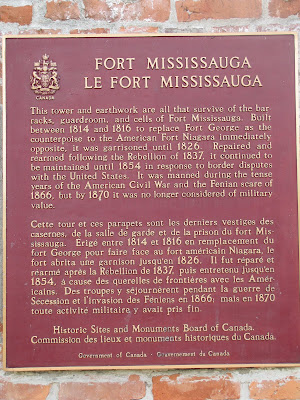 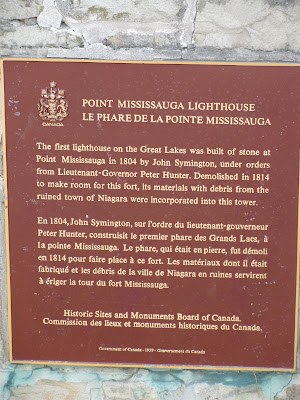 It is a scenic half hour walk from the middle of town and definitely worth the visit. 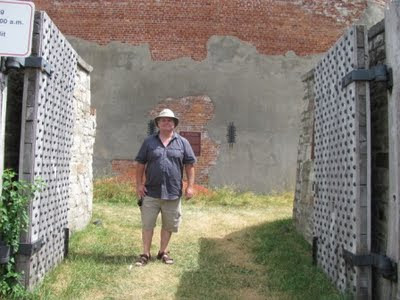