Today is the 10th anniversary of the Bar Towel Forums.

The Bar Towel was first registered in 1998 but the forums came to life on June 17, 2001. Cass, who created the website and forums, was registered as member #1. I have no idea what number I am but thousands are registered. If you are on the forums and see the name Swordsman, that's me.

"It was 10 (!) years ago today, June 17th, 2001, that the Bar Towel Discussion Forums went live. The Forum has become the lifeblood of the Bar Towel, and a pulse of the craft beer scene in Ontario. Over the years tons of craft beer news has been broken on the forum and countless debates and discussion have occurred covering just about everything imaginable in the beer scene in the province, and beyond.There’s over 85,000 posts about beer in that forum, which equates to roughly 23 posts per day over 10 years.

The Bar Towel is one of the few online discussion forums where you’ll see a such an intermingling of consumer and industry, and I’m very proud of that fact, as it goes to show just how great this beer community is. Here’s to continuing the great thing we’ve got going, and if you haven’t joined in please do."

To celebrate this anniversary, John Walker, a long time member, organized a get-together where 20 of us would get together to make a special beer named CASScadian Dark Ale. We made the brew at Great Lakes Brewery under the direction Mike Lackey, who is a brewer at the company. 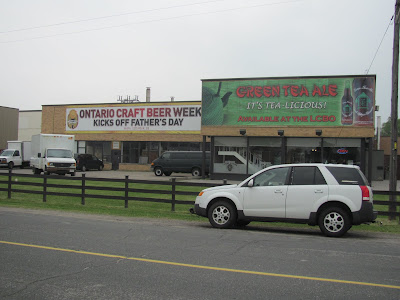 This is where the magic will happen. The mash turn is the pot on the left and is where we start after milling the malt. The boiler is on the right. 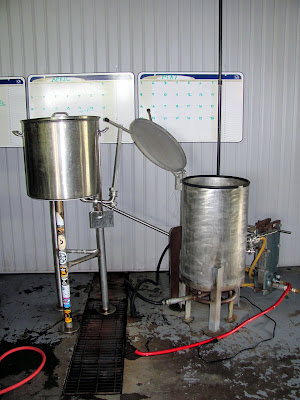 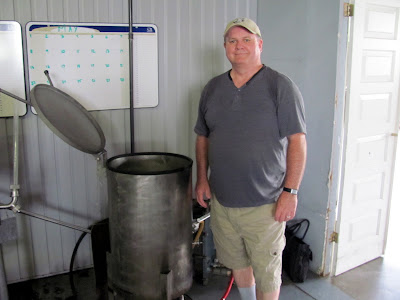 Getting our malt together. We used a combination of malts. 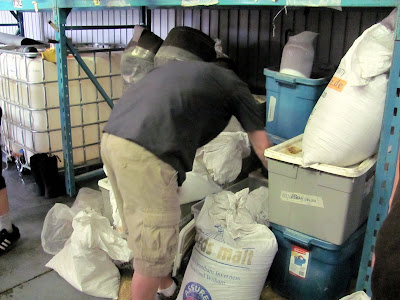 Here I am assisting Mike Lackey with milling the malt. I am pouring while Mike runs the mini mill. 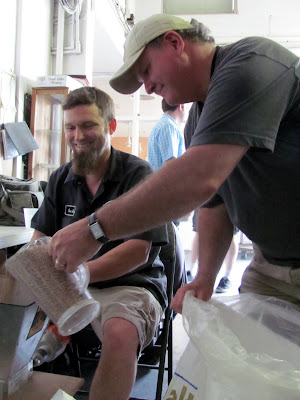 Our brew in the mash turn. 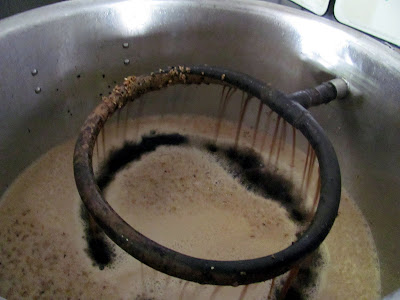 Testing the aroma of our mash. 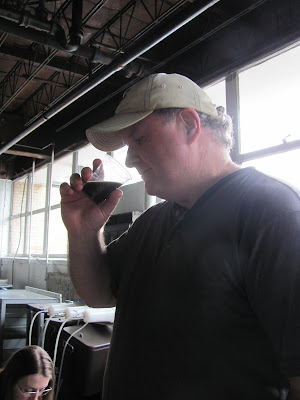 From the mash turn the contents are added to water, hops are added and the mixture is put to a boil. 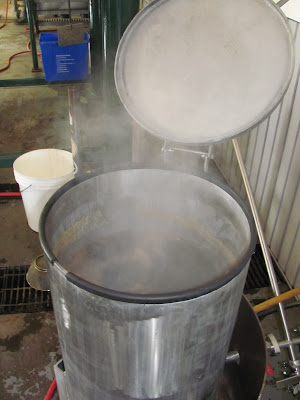 Brewing beer builds a thirst. While our brew boiled, we took a break with some beers. Great Lakes generously opened their taps for us with Devil's Pale Ale and Crazy Canuck Pale Ale. Some homebrews where brought in and some beer was also supplied by Black Oak Brewing, their Summer Saison and 10 Bitter Years. 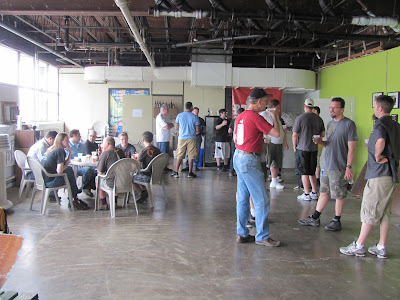 Adding the final hops to the brew. 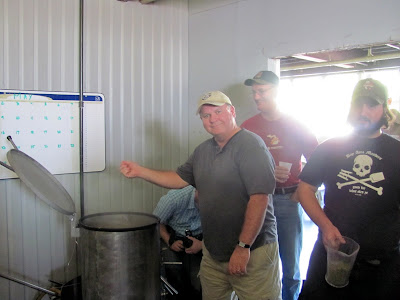 Cass has the honour of adding the yeast. This is what turns our brew into beer! 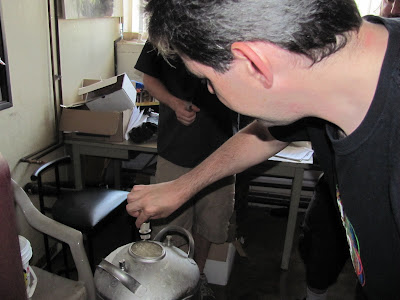 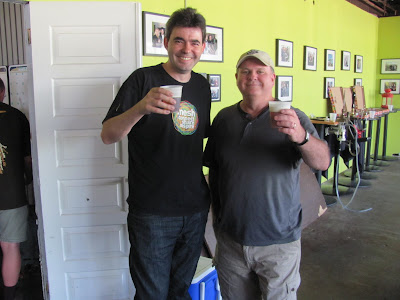 It was an absolutely fabulous afternoon spent with fun people at a great brewery. Despite the pictures showed on this blog, everyone contributed, not just me. I love photo ops!

Thanks to Great Lakes Brewery for their hospitality and Mike Lackey for all he did to bring our beer to life. And thanks to Cass for starting the Bar Towel Forums 10 years ago. It's a site I visit daily and if you like beer and have never done so, go have a look. The Bar Towel is at www.bartowel.com
Posted by Swordsman at 22:36