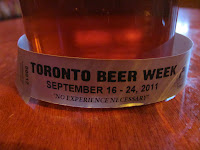 The crawl through 5 great beer spots in the Kensington Market and Annex area was lead by Troy Burtch, a beer writer for Taps magazine and Great Canadian Pubs and Beer Blog, and Nick Pashley, author of a couple of very entertaining books, my favorite being Notes on a Beermat.

Teena and I were to go but she had to go to Kelowna on business so my friend Roger agreed to step in, take her place and force down some beers with me.

Over 30 of us were on the crawl. Everyone was very friendly and I met lots of terrific people during the day. I will say that it was very well organized. We had about 45 minutes to spend at each location and Troy ensured that the timetable was met. At each location, there were draws for door prizes. Unfortunately neither myself nor Roger won. Damn! 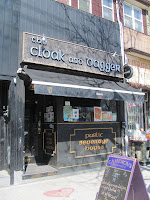 We all met at the Cloak & Dagger where pints were $5 each. Roger and I started the day with a Milos Lager from Great Lakes Brewery. It was my first time having Milos and enjoyed it enough to have a second. It was there that the first round of door prizes were given out, many donated by Spearhead Brewing Co. The owner was there and I just can't remember his name.

Next up was Caplansky's Deli, which cures and smokes their own meats and has 4 Ontario craft Beer on Tap. Roger and I went for another beer I had not tried, Dennison's Dunkel.

Afterwards we headed over in Kensington Market for a visit to the Burger Bar. It is a small place but with 8 to 10 beers on tap. One day I want to go back for a burger and a beer. Everything looked great. Here Roger and I again went to something new , Cheshire Valley Porter. Paul, the head brewer of Cheshire, was also on the crawl. Hey Paul, you make an absolutely fabulous porter!

Then we headed over to the Harbord House, another place on my list of places to try. We took over the upstairs and here I decided to go with something familiar and hoppy, Durham Hop Addict from Count 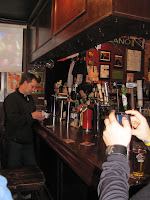 y Durham Brewing. Roger and I sat with two home brewers and we talked about, what else, beer! Our final destination was the Victory Cafe. Here we finished the tour with a couple of Hoptical Illusion, a favorite of mine, from Flying Monkeys Brewery in Barrie.

If I could make just one criticism on the day, it would be that I feel it would have added to the day if, before we went into each place, that we were given a rundown, a short history of the place and why it was on the tour. It was the only thing that was missing.

Other than that it was a great day. I enjoyed each place I visited, had many great beers and everyone on the crawl were friendly and fun to talk to.

Can't wait for the next one. 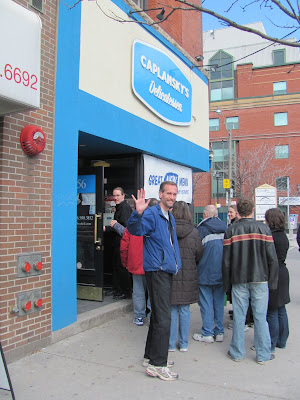 Me outside the Burger Bar. It was known for tequila. Now it's known for Beer 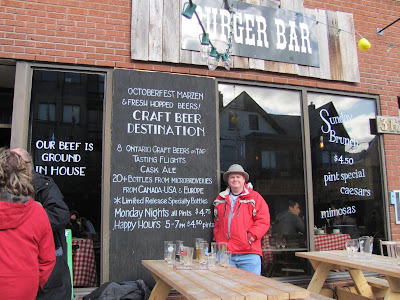 Me with the Cheshire Valley Porter. What a delicious beer! 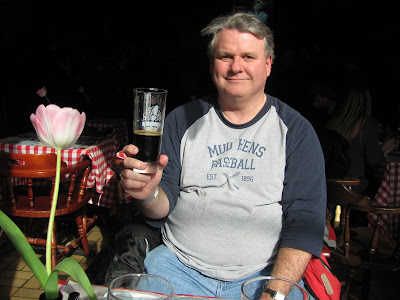 Troy drawing for door prizes at the Harbord House 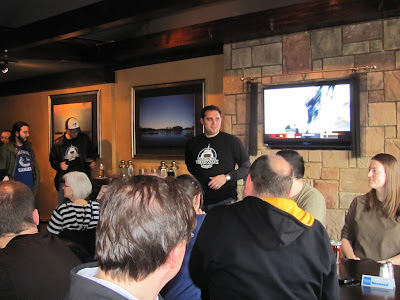 Me outside the Harbord House 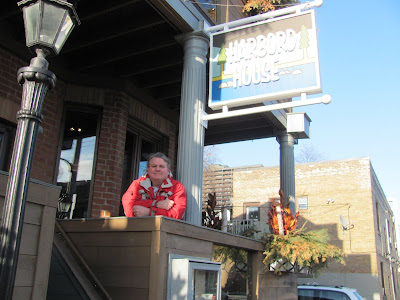