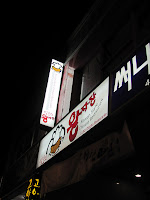 Roger and I were on a pub crawl in the Kensington Market/Annex area of Toronto. We didn't fell like pub grub and asked a couple who was sitting beside us if they knew the neighborhood and where to eat.

It turned out they did and told us the best place in the area was a Korean restaurant. They did not know the name but there was a long white sign running up the front of the building it was in and it was upstairs. So taking their advice, off we went in search of Korean food.

It was about a ten minute walk but we found it and in we went. The picture is to the right and is above the Bark and Meow pet food store.

We were greeted quickly after we sat down. The staff was warm and very friendly, although none really spoke English very well. It just added to the charm and authenticity of the place. We asked for something to drink, if they had something like sake and after, a little confusion, t 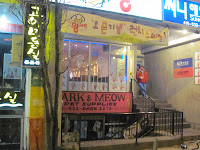 his old fellow came over and poured me a a shot of something out a green bottle. It was quite nice. He held up the bottle trying to explain something and somehow I got the impression it was 17% alcohol. We would have to tread lightly with this one!

The menu was in Korean with an English explanation. Not knowing really what anything was, we ordered a seafood dish, a chicken dish, a rice dish and something else. We were given free appetizers, at least I don't think we ordered any and they were quite good.

Then the meal came.

I started with the chicken which was like a breaded chicken ball with a delicious sauce over it. I can't describe any flavours, only that it just came from the fryer, was hot and I burned the roof of my mouth with the first one. Note to self, everything is served fresh and hot so be careful. 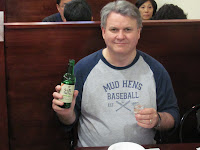 The rest of the meal came and really was wonderful. So many flavours I cannot describe. The service was terrific as we were always looked after by different servers, especially when we had trouble communicating, they would always call this one young woman who did not speak English well but between us, we could figure out what each other was trying to say.

Not only the food was excellent but it was a unique fun time.

I had no idea of the name of the place, what we ate or the name of the good tasting clear drink from the green bottle until today when I looked at the pictures and Googled it. The restaurant is called Dingho Restaurant (Korean style Chinese food) and does not have a website.

I still have no idea what I ate. I know it was all delicious and I handled chopsticks pretty well.

If you are in the neighborhood it is at 712 Bloor Street by Christie Pits. It's worth a visit.

I definitely will be back.

Oh, and my friend, Roger, picked up the tab and I left the tip.

Roger, as we are about to go in to the Dingho Restaurant 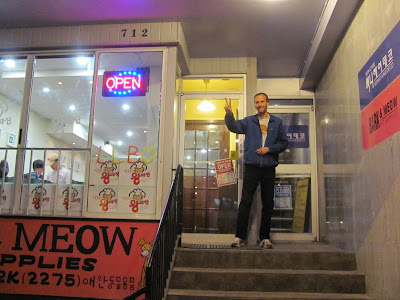 Our appetizers. There was a couple of sauces to dip them in. 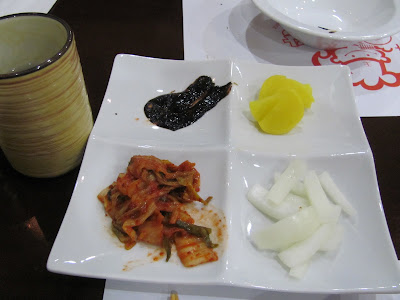 The breaded chicken dish. It was excellent! 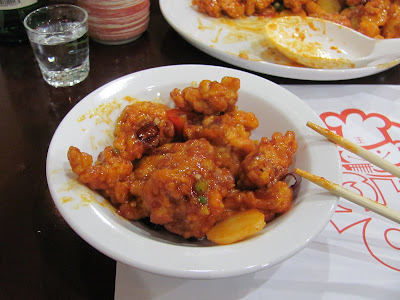 The seafood dish. Roger ate the clams. Again, I really enjoyed this. 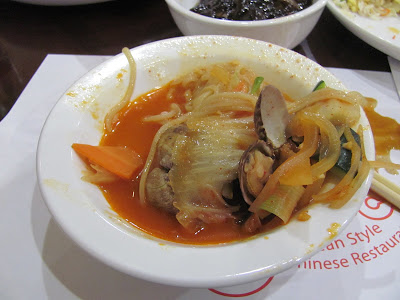 The rice was great. At the end the server came by and gave us a little hell for not using the sauce in the bowl on the left with it. Admittedly, I think I ate much more of the rice than Roger. 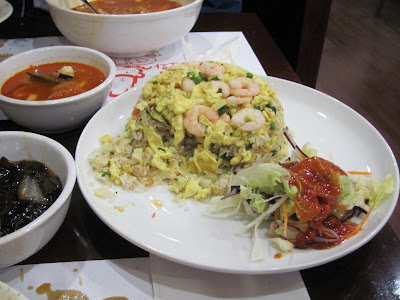 The sauce came home with me and is going to be used on my rice with tonight's supper. 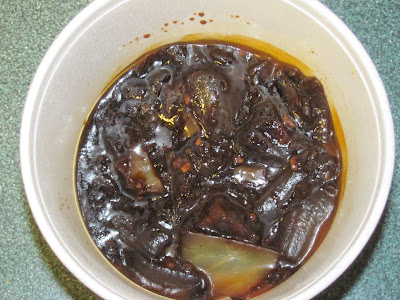 When researching my drink, Chum Churum Cool, I came across this wacky advertisement.

Good for you for stepping outside your box!