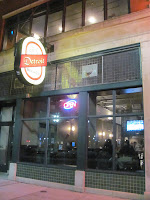 Tonight a few of us veteran Canadian fencers who are competing in Detroit at the NAC decided to get together for dinner.

I must admit it was my idea to try out the Detroit Beer Company. Seven of us met. There was a veterans meeting tonight too so a few more could not make it.

The brewpub is in the Detroit entertainment district, which is quite lively and filled with restaurants and pubs. The brewery is right across the road from the Detroit Opera House which looks as if it had a full house. Charlie Wilson was at the Fox theater and traffic was jammed in the area. My cabby took a couple of wrong routes trying to get through the traffic and then cut the amount of my cab fare for all the detours. 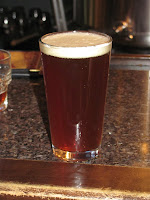 I loved the decor and vibe of the place. We ordered a six rack sampler so everyone could determine what suited our tastes. Of course I went to the left which was the hoppy end of the tasting row. Just as we finished our first beers, our table was ready on the second floor.

As this is really supposed to be a Beer of the Week blog, here are the beers which I experienced.

First up was the Throwback Ale, which is pictured right. It had a nice balance taste and started and finished with a pleasant hoppiness. The hops do not overpower the taste but the beer starts and finishes with a nice hop note.

The next beer w 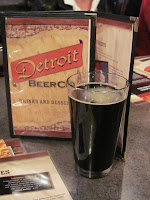 as their Milkshake Stout, pictured left. It had that great black colour to it. I meant to ask if it was an oatmeal stout as there was a nice smooth texture to it that is usually found with oatmeal stouts. It was not on the menu so really I should have asked.

I finished with what I considered the star of the show, the Local 1529 IPA. "Orange/copper in color and served unfiltered in the American Micro tradition. BIG hop character (remember, we never say bitter, even if it is), supported by lots of sweet malt. American hops present flavors of grapefruit and citrus which, while predominating, do not completely cover up some nutty malt notes."

Pat mentioned when he tasted it he thought it tasted as if there was orange in it. It is a very highly hopped beer, which brings out a citrus tone, both in the aroma and flavour. It does not punch your face with hops but they are very pleasant. I have an idea that a growler or two of this may be coming back across the border with me! 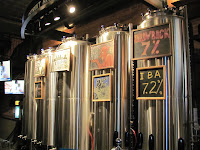 The food there is great. I had the Meatball Stroganoff, which was supposed to come with three huge meatballs but I got four. Delicious and filling. As I looked around the table at the end, there was not much left on any one's plate. There was what looked like most of a Chicken Caesar left. I meant to ask if it was because they did not like it, or if it was because of all the bread we had before.

It was a great fun night with lots of stories, fencing and non-fencing, being told around the table.

I think perhaps Canadian veteran fencers may have started a great tradition tonight of the Saturday night NAC dinner.

I know that next time I am in Detroit for a baseball or football game, I will be hitting the Detroit Beer Company! 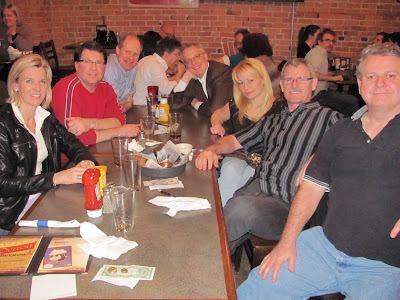 Lorraine shows off the Throwback Ale 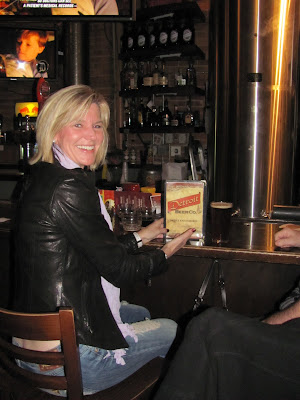 The main floor ... notice the Detroit Opera House across the road. 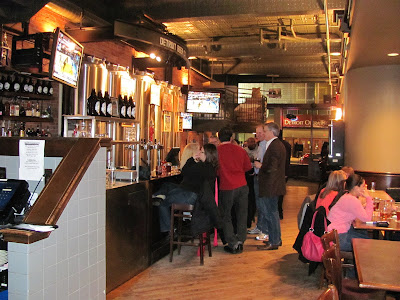 Sitting happy with my Local 1529 IPA 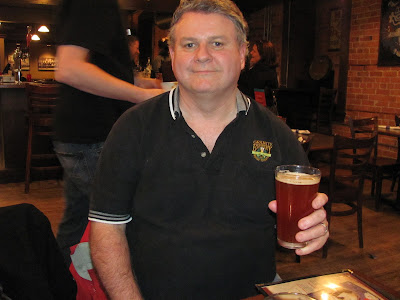