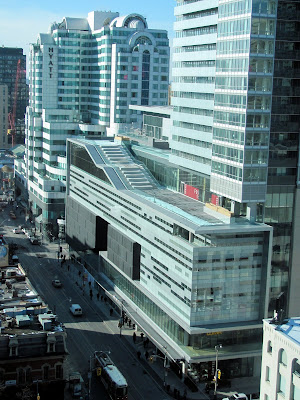 Last week I concentrated on the south side of King between John and Peter St.

This week it is the north side and The TIFF Bell Lightbox building.

It's not that I'm lazy but the building is new and tomorrow night I am going there to see 2001: A Space Odyssey in its original 70MM format. So today at lunch I walked over to confirm the ticket price ($15 tax included), show time and had a look around.

The Toronto International Film Festival (TIFF) has been around since 1976 and began as The Festival of Festivals. I always liked that name. It was changed to Toronto International Film Festival in 1995. In 2007, Time Magazine noted that the festival had "grown from its place as the most influential fall film festival to the most influential film festival, period."

It has grown so big that it needed it's own headquarters. Built at the corner of King and John, the TIFF Lightbox houses 5 theatres, a public art exhibit area, 2 restaurants, a lounge and of course souvenir store. Condos rise above it and my guess is they were built to pay for the TIFF headquarters. Soon there will be a spa.

One of the best parts of the TIFF Lightbox is that it is bringing back many of the older classics in their original form, which is why I am going to see 2001: A Space Odyssey tomorrow. They brag that 100 classics are to be shown this season. Casablanca and Lawrence of Arabia are on my radar and I know Teena will want to see Pee-wee's Big Adventure.

I think I'll come to know this place well.

Looking from the South East corner of King at John 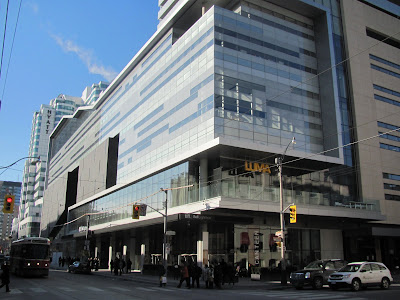 Tim Burton has an exhibition there 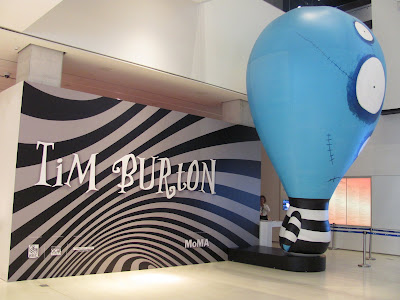 Gosh, there are so many people to thank!
OK, it's not mine. On display at the TIFF 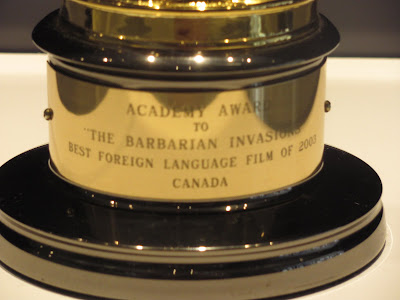 I'm looking forward to it. Haven't seen it in a theater since grade 9 and that was not yesterday.