Cheering on Team Canada at the ACC 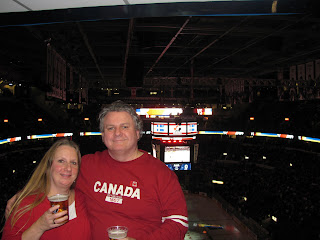 The company that Teena works for gave her a pair of tickets in the company's private box to go to the Canada - Sweden hockey game at the ACC.

Although it is not a tournament game, it is a warm up to the Junior World Hockey Championships which is being held in Buffalo, NY. It may be a warm-up game but the place was 90% full and loud.

It was a great night! We were looked after very well in the box with food and beer and the game was very good. It was a hard hitting chippy type of game.

Canada took a 2-0 lead in the second, but it got a little tense when Sweden popped in a goal on Roy, who played a great game. A late third period goal followed by an empty netter sealed the deal.

All in all a great night! Thanks, Teena!

Take a look in the net! Brayden Schenn scores the opening goal of the game. 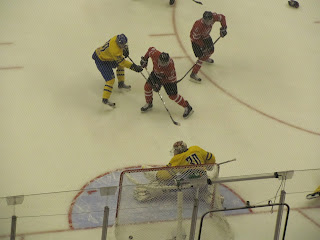 The fans were in a patriotic spirit 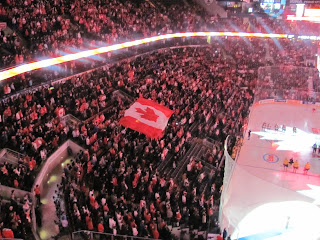 Olivier Roy was great in the net, stopping 29 shots in the game 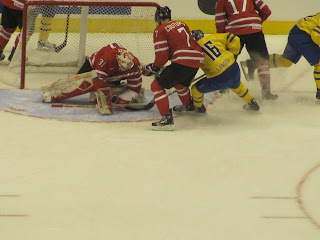 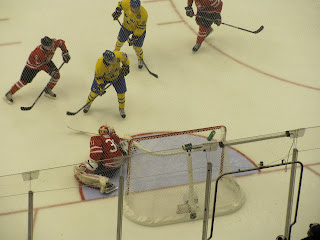 It was lonely being a Swedish fan tonight! 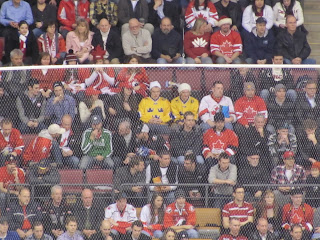 I made a new friend.
Natasha was our hostess and looked after us very well. 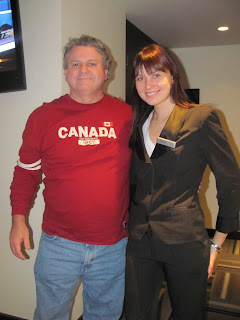 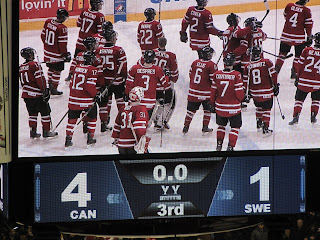 This photo was in the hallway. The last Toronto Maple Leaf team to win a Stanley Cup way back in 1967, celebrating in the mayor's office at City Hall. 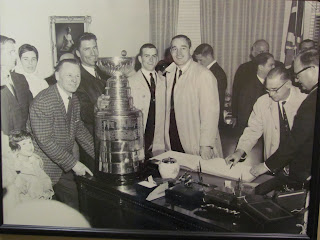