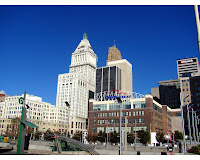 When not fencing, I had some time to stroll around Cincinnati when I was there this past weekend.

I found it to be a nice clean but fairly empty city. I was in Macy's at 7:45 on a Friday night, which is a huge store, but only saw maybe 3 or 4 shoppers. Saturday, I stopped in and checked 2 out of the 3 floors in the store, and again, saw maybe a dozen shoppers. There was very little traffic on the streets, even during Friday night rush hour.

It was an enjoyable weekend. Here are some shots from around the city.

This is the fountain in what else, Fountain Square, one of the most popular gathering places in the city. There is an event in the square, each and every night. 7,000 crammed the square during the Reds playoff games. 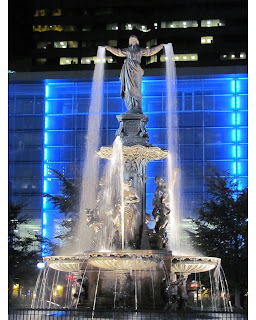 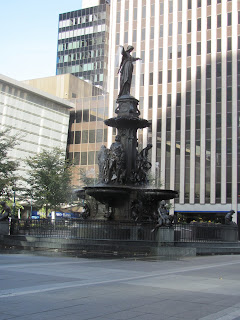 The 49 story Carew Tower the city's tallest building built in 1931, along with some views of the city. 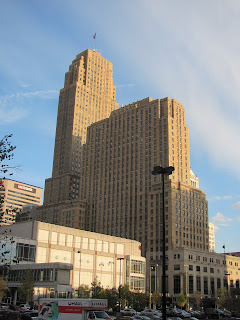 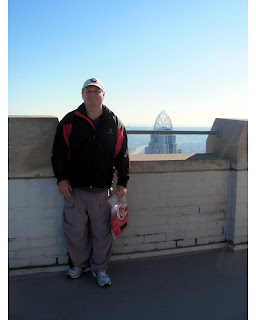 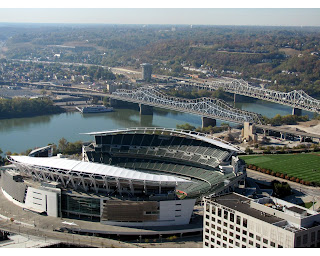 The Great American Ballpark where the Cincinnati Reds play ball 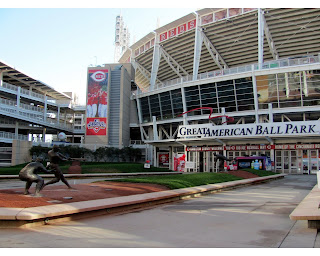 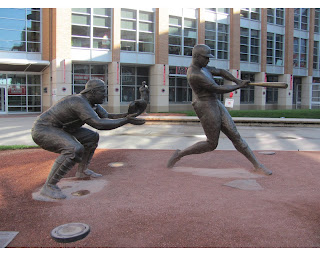 FB's, a bar across the road from my hotel with free WIFI, $3 Samuel Adams, an eclectic interior, great friendly customers and staff. I was welcomed there and felt right at home. 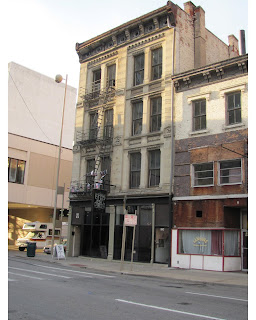 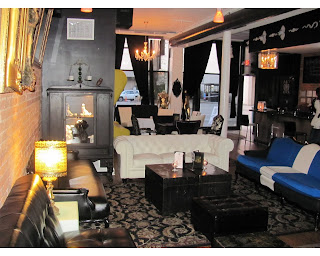 Thursday night there was a fellow, Aaron setting up his camera on a tripod to take this shot. He liked the eclectic architecture and lighting, I asked if I could steal his idea. Here is the night shot and one taken from the same spot the next day. 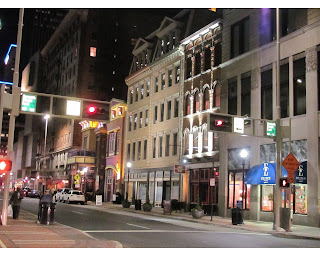 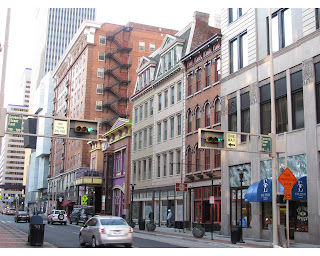 It was a good weekend and as you can see the weather co-operated greatly.
Posted by Swordsman at 20:14