Celebrating Our Anniversary at the Real Sports Bar 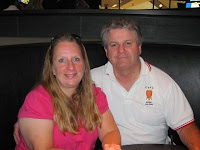 Today was Teena's birthday, which we celebrated earlier in the day at the spa.

For supper, we went to the Real Sports Bar and Grill which just opened a month ago down by the Air Canada Centre for our 8th anniversary.

It was a fabulous place.

When I heard that it could seat a thousand, I expected a cavernous place but it is nothing like that. There is a area section off from the main area with booths and tables, with, of course, TVs hanging everywhere. Each booth has their own TV complete with sound control to tune into.

The customer service was fabulous. Everywhere wait staff buzzed around making sure everyone was looked after well. Our waitress was Jordan who couldn't do enough for us. There was a delay in our food coming out, apparently there was a ticket mix-up. Without us complaining, she explained the situation to our manager who came over apologized and told us the food was on the house. They also sent over a special birthday cake, which was delicious. 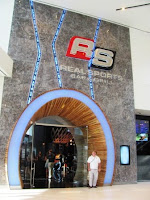 I went for a stroll to explore. Upstairs there is another bar, an electronic driving range, and 15 or so lazy boy chairs facing the big screen.

Did I mention the big screen downstairs? It is the largest indoor HD screen in any bar in North America. Great place to watch a game.

In between the main bar area that has the big screen and restaurant area is a raised section, one half with tables that each have their own keg taps, and a lounge area with leather chairs, and couches, fireplace and large TV. This is where the Leafs, Raptors and Toronto FC players come after a game to relax. Nice touch!

Look at the size of the people, then the screen, which has a crisp, clear picture. 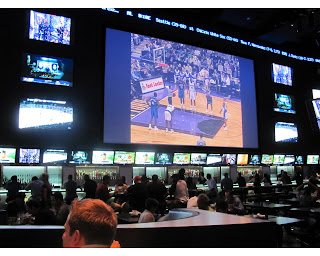 Teena had a Blu Bomb, while I had a Tankhouse Ale. 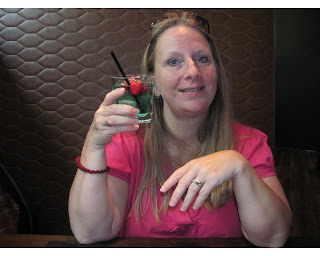 Each booth has a nice sized TV 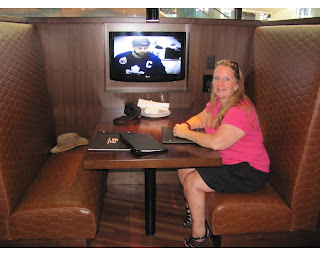 Our server, Jordan. Tougher than she looks as she plays rugby. Tough sport! 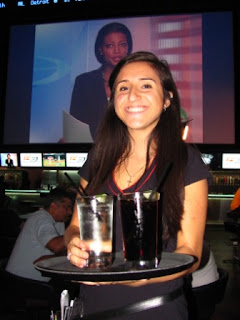 The players lounge. Each table has a set of taps. 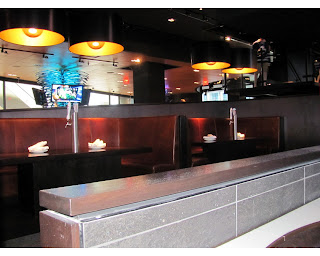 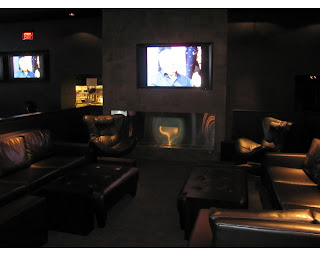 Nice place for us to lounge and watch the game. 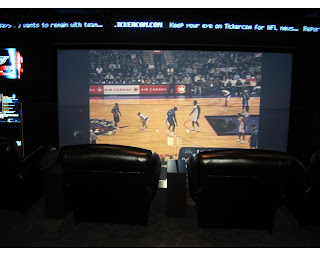 If you have to go to the washroom, each urinal has its own TV. Never miss the action. I've never heard of the Real Sports Bar before, so this was a fun read! I'm glad to hear that the service was really well! Seeing how many people are there, especially how big a screen you can watch the game on, it looks amazing! I'll definitely have to bring my husband here!