This beer has always intrigued me, mostly because of the name. Only in England could they give a beer such a wacky name.  So this week I picked some up and decided to have a go. 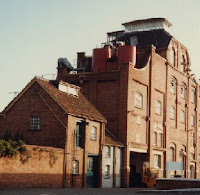 A farmer, John Morland, started the original Morland Brewery in West Ilsley in Berkshire back in 1711. The Morland family then bought out Abbey Brewery in Abingdon, a scenic town on the Thames river just south of Oxford, and moved the entire operation there in the 1860s.

Greene King bought the brewery and its pubs back in 2000, shut down the brewery, and moved Morland's product line, including Old Speckled Hen, to it’s brewery in Suffolk. 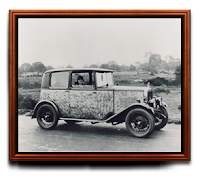 Old Speckled Hen is a strange name for a beer. It was first brewed in 1979 to celebrate the 50th anniversary of the MG car factory in Abington. Morland had an old MG that they used to run around the factory grounds. When not in use, it was parked outside the paint shop, where it was constantly splattered by paint. The car became affectionately know as the "Old Speckled Hen”

And the ale itself?

Old Speckled Hen pours a deep copper colour with a good head that seems to last. There is a nice aroma to it. This is not a bitter ale. I had expected an English hop bite to it but instead my taste buds were greeted with a well balanced malty flavour that tailed

off in the finish.

Would I buy another one again?

If I ever get back to England, I will also seek this one out as I heard they produce a cask version of this. It is worth trying and worth having another, which I'm doing right now.
Posted by Swordsman at 15:04