Her Last Breath by Hilary Davidson 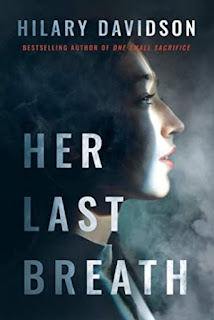 I just finished reading Her Last Breath by Hilary Davidson.
When her beloved sister Caroline dies suddenly, Deirdre is heartbroken. However, her sorrow turns to bone-chilling confusion when she receives a message Caroline sent days earlier warning that her death would be no accident. Long used to being a pariah to her family, Deirdre covers her tattoos and heads to Manhattan for her sister’s funeral.
The message claimed Caroline’s husband, Theo, killed his first wife and got away with it. Reeling from the news, Deirdre confronts Theo on the way to the cemetery, and he reveals both his temper and his suspicion that Deirdre’s “perfect” sister was having an affair.
Paranoid and armed with just enough information to make her dangerous, Deirdre digs into the disturbing secrets buried with Caroline. But as she gets closer to the truth, she realizes that her own life may be at risk…and that there may be more than one killer in the family.
This is an excellent story which was spun very well. Told in first person from the viewpoint of Deidre in some chapters and Theo in others, it allows the reader to get into the head of both people who have lived screwed up lives. I really enjoyed it.
About Hilary Davidson 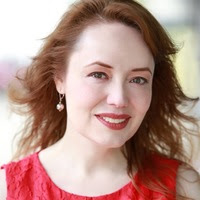 Hilary Davidson was a journalist before she turned to the dark side and started writing crime fiction. Her novels include the award-winning Lily Moore series—The Damage Done, The Next One to Fall, and Evil in All Its Disguises—the bestselling Shadows of New York series—One Small Sacrifice and Don’t Look Down—and the standalone novels Blood Always Tells and Her Last Breath (coming in July 2021). She is also the author of some fifty short stories. Her fiction has won two Anthony Awards, a Derringer Award, and a host of other accolades. Toronto born and raised, she moved to New York City in October 2001. She is also the author of 18 nonfiction books.
Posted by Swordsman at 17:05