The Boy on the Bicycle by Nate Hendley 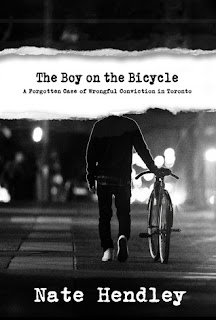 I just finished reading The Boy on the Bicycle by Nate Hendley.
On the night of September 15, 1956, seven-year-old Wayne Mallette, was brutally murdered on the grounds of the Canadian National Exhibition in Toronto. The chief suspect was a “boy on a bicycle” seen pedalling away from the CNE.
Investigators zeroed on 14-year-old Ronald Moffatt, a former CNE employee who had the poor timing to run away from home shortly after the murder. Moffatt was located, arrested and interrogated. He eventually confessed and was convicted.
The problem was, Moffatt couldn’t ride a bike and didn’t commit the crime. The real killer abused and murdered two more children, using his bike as a lure.
A shocking true story, about a coerced confession, fumbled police investigation, a miscarriage of justice, and the star lawyer who fought to free Moffatt from custody.
A compelling story of 14-year-old Ronald Moffatt who was wrongly charged and convicted of murdering seven-year-old Wayne Mallette in 1956 Toronto. Nate Hendley weaves facts and narrative to cover all bases –flawed police procedure, the legal system, the hidden psyche of the real killer and Moffatt’s story of his childhood before and his terror during and after his ordeal.
When a friend told me about this book and the true story which happened only a couple of kilometers away, I had to read it. I could tell it was well researched. Told in chronological order, Hendley does an excellent job in telling the story. He explains all the details involved without bogging down the book. I liked the photos in the back of the people involved and of some of the various documents and reports he found while investigating this story. I enjoyed it.
About Nate Hendley 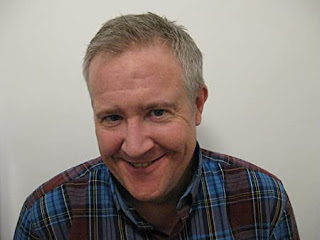 Nate is a Toronto-based journalist and true-crime author who has written over a dozen non-fiction books about gangsters, wrongful convictions, cons and hoaxes, and illegal drugs, among other topics. His last book, The Boy on the Bicycle: A Forgotten Case of Wrongful Conviction in Toronto, was a finalist in the Arthur Ellis Awards for excellence in crime writing in 2019 and was longlisted for “The Very Best!” Book Awards 2018 by The Miramichi Reader. Nate also hosts a blog, Crime Story, devoted to crime-related topics.
Posted by Swordsman at 16:15