The Captive by Fiona King Foster 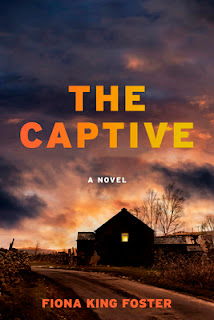 I just finished reading Fiona King Foster's new novel, The Captive.
In a secessionist rural state that has cut itself off completely from urban centres, where living is hardscrabble and poor but “free,” Brooke Holland runs a farm with her husband and two daughters. Their existence at the fringes of modern society is tenuous—they make barely enough from each harvest to keep going—yet Brooke cherishes the loving, peaceful life they have carved out for themselves. She has even begun to believe she is free from the violent history she has kept a secret from her family.

When escaped criminal Stephen Cawley attacks the farm, Brooke’s buried talents surface, and she manages to quickly and harshly subdue him. Convinced that he has come in retribution for the blood feud that began years ago, Brooke sets out to bring Cawley to justice, planning to use the bounty on his head to lead her family into hiding far from danger. Fearing that other members of Cawley’s infamous family will soon descend on the farm, Brooke insists that Milo and the girls flee with her, travelling miles on foot across an unforgiving landscape to reach the nearest marshal. Their journey, beginning at the onset of winter with little preparation, brings already strained family dynamics to the breaking point. As Brooke’s ghosts—both real and imagined—close in, the ruthlessness that allowed her to survive her past may become the biggest threat to her hopes for a different future. What follows is a harrowing exploration of family loyalty, trauma and resilience.
The Captive is one fast paced, intense novel. It's well told and well written. I love how it unfolds as two tales, one. The story of her past unfurls slowly and explains how Brooke and her family find themselves in the situation, they now must deal with. If this is Foster's debut novel, I can hardly wait to see what she comes up with next.
About Fiona King Foster 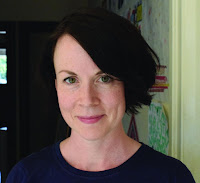 Fiona King Foster was raised in Brudenell, Ontario, a rural community now misleadingly referred to as a “ghost town.” Her writing has appeared in the Globe and Mail, Hobart, Maisonneuve, Midway Journal, the New Quarterly, New World Writing, NOON, New York Tyrant, le Panoptique and Room. She lives in Toronto and works with the national literacy organization Frontier College. The Captive is her first novel. 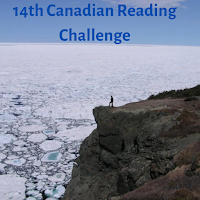 I am taking part in the 14th Annual Canadian Reading Challenge at Canadian Bookworm.
Posted by Swordsman at 09:07