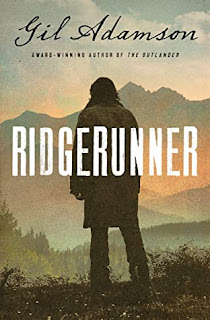 Today I finished reading Ridgerunner by Canadian author Gil Adamson.
November 1917. William Moreland is in mid-flight. After nearly twenty years, the notorious thief, known as the Ridgerunner, has returned. Moving through the Rocky Mountains and across the border to Montana, the solitary drifter, impoverished in means and aged beyond his years, is also a widower and a father. And he is determined to steal enough money to secure his son’s future.
Twelve-year-old Jack Boulton has been left in the care of Sister Beatrice, a formidable nun who keeps him in cloistered seclusion in her grand old house. Though he knows his father is coming for him, the boy longs to return to his family’s cabin, deep in the woods. When Jack finally breaks free, he takes with him something the nun is determined to get back — at any cost.
Set against the backdrop of a distant war raging in Europe and a rapidly changing landscape in the West, Gil Adamson’s follow-up to her award-winning debut, The Outlander, is a vivid historical novel that draws from the epic tradition and a literary Western brimming with a cast of unforgettable characters touched with humour and loss, and steeped in the wild of the natural world.
Adamson is a descriptive writer and is able to wonderful the background of a scene in the readers mind. Ridgerunner focuses on the lives of three people, William Moreland aka the Ridgerunner, his son Jack and the nun who agrees to take Jack in, Sister Beatrice. It's a wonderfully told story which I quite enjoyed.
About Gil Adamson 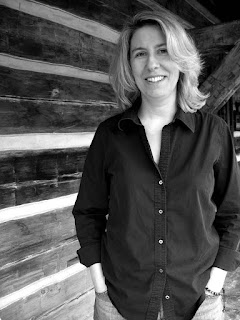 Gil Adamson (born Gillian Adamson, 1961) is a Canadian writer. She won the Books in Canada First Novel Award in 2008 for her 2007 novel The Outlander.
Adamson's first published work was "Primitive," a volume of poetry, in 1991. She followed up with the short story collection "Help Me, Jacques Cousteau" in 1995 and a second volume of poetry, "Ashland," in 2003, as well as multiple chapbooks and a commissioned fan biography of Gillian Anderson, "Mulder, It’s Me," which she coauthored with her sister-in-law Dawn Connolly in 1998.
"The Outlander," a novel set in the Canadian West at the turn of the 20th century, was published by House of Anansi in the spring of 2007 and won the Hammett Prize that year. The novel was later selected for the 2009 edition of Canada Reads, where it was championed by actor Nicholas Campbell.
Adamson currently lives in Toronto with poet Kevin Connolly.
Posted by Swordsman at 11:15