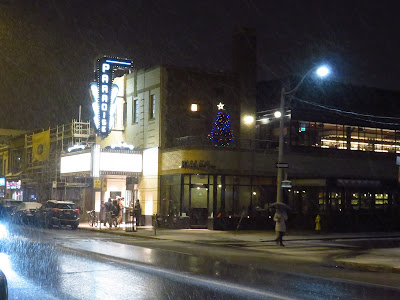 Tonight I went to the Paradise Theatre to see the 1998 movie, Last Night, a fabulous, apocalyptic film with Sandra Oh, Don McKellar and Sarah Polly. Not only was I excited about seeing this movie, which I haven't seen for years, but also for being able to see this newly renovated theatre. 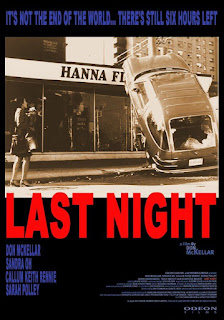 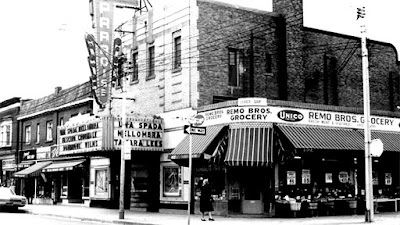 In the 1990s, the theatre became part of the Festival Cinemas chain, which included the Bloor Cinema (now the Hot Docs Ted Rogers Cinema), The Revue, The Kingsway and The Fox Beaches. The chain closed in 2006 and the theatre was shut down.

For awhile it was in danger of becoming a drug store but was saved by Moray Tawse who purchased the theatre in 2013 and spent years and millions to restore.

The entrance has the old fashioned front entrance ticket booth. 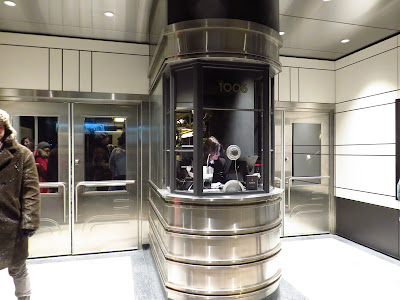 Inside there is a nice oval snack bar area. Plans are in store to expand this area in the next year into the building next door. The bartender moves so fast behind the bar that he blurs the shot. 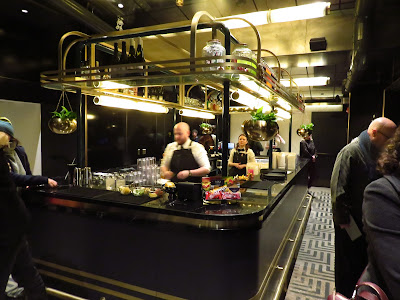 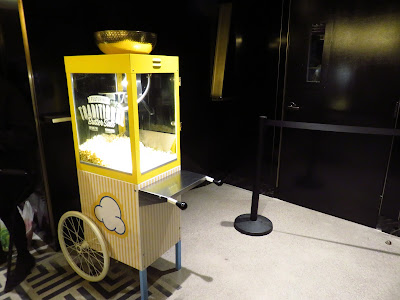 The theatre reduced the seating to 183, all of which are leather fold up seats with drink holders and lots of leg room. The theatre will house movies, special events and live performances. I must say the inside is spectacular! Movies are shown through their high tech system. Tonight was the first showing of Last Night, having been restored to this format, of which I forget the term. The screen retracts for talks. The theatre will be showing films which have Q&As afterwards featuring directors and actors. 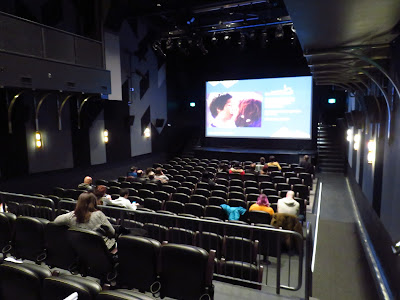 There seem to be theme months. For instance, January is Toronto Plays Itself, with all the films in the series having been shot in Toronto. Next month's theme will be Odd Couples: a slanted nod to the most romantic month of the year (and a leap one at that!), Paradise presents some of the movies’ most unexpected and quirky couplings, with a few other-worldly ones thrown in for good measure. Spanning decades and genres, we’ve assembled a motley season of cult favourites (Harold and Maude, Starman), modern hits (Lost in Translation, Out of Sight) and undiscovered classics (The Ghost and Mrs. Muir, A Special Day), plus many other improbable and moving love stories ripe for rediscovery.

Everything is so well-done and thought out. I'll be watching this theatre for more films and events in the future. When I do, hopefully the weather will be better for my outside shots. 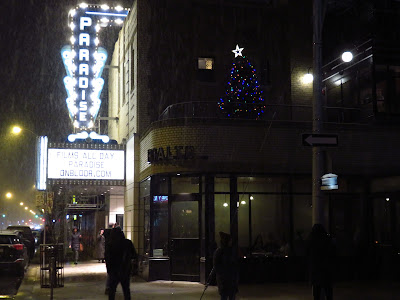 I saw many many many movies there when it was part of the Festival Cinemas. I can't wait to see how it is now!