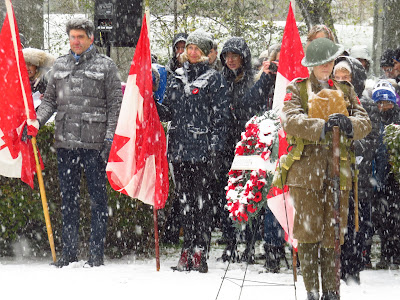 Despite to poor weather, cold and snow, I was pleased to see a large gathering showed up for Remembrance Day Service at Fort York National Historic Site. I feel it's important to attend to honour those who sacrificed their lives for our country, those who have served and those who are currently serving.

Fort York National Historic Site and the Toronto Municipal Chapter IODE are proud to present one of the city's most evocative Remembrance Day services. It unfolds at the Strachan Avenue Military Burial Ground on Garrison Common. At 10:45 from the west gate of the fort, a procession led by period-uniformed staff and standard bearers of the Imperial Order Daughters of the Empire will make its way to the old cemetery (at the west end of the Common) where the public will gather. There, at the eleventh hour, all soldiers of the Toronto Garrison who fell in the defence of Canada, here and around the world, from 1812 to the present, will be remembered and honoured. 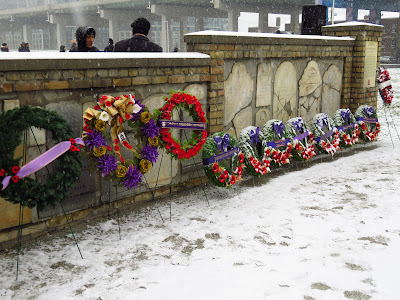 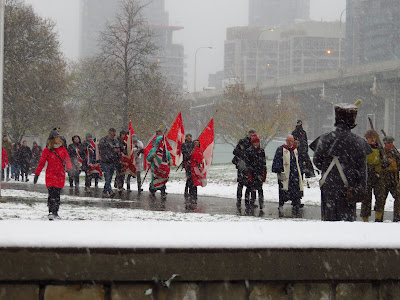 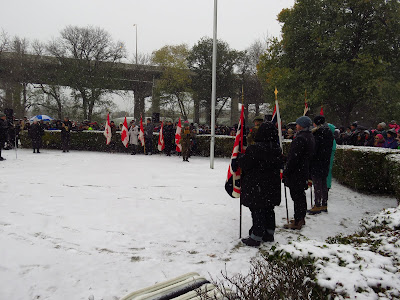 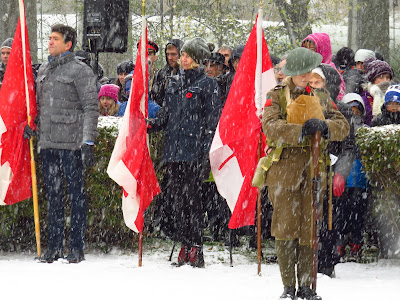 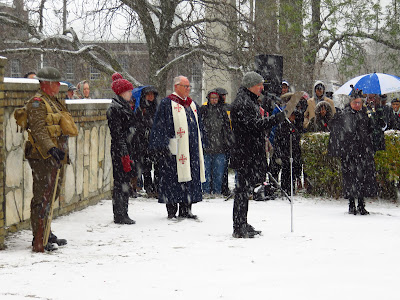 Trumpeter Robert Divito played O Canada, performed the Last Post and played God Save the Queen. We sang along to the two national anthems. 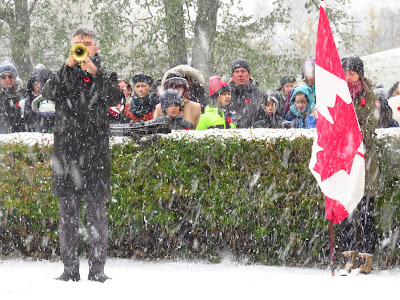 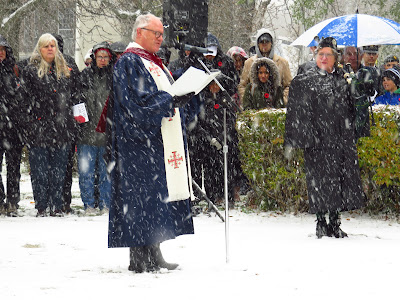 It wasn't listed in the program but this lady performed the Lament after the two minutes of silence. 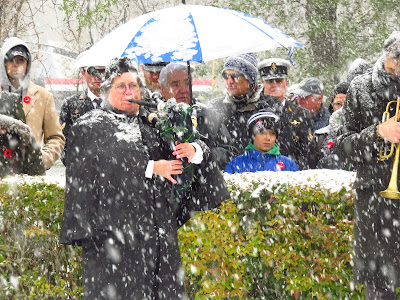 The laying of the wreaths. After the service and the procession has left, people in the crowd converge on the wreaths to pin their own poppies to one. 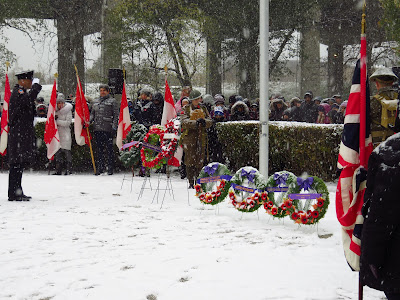 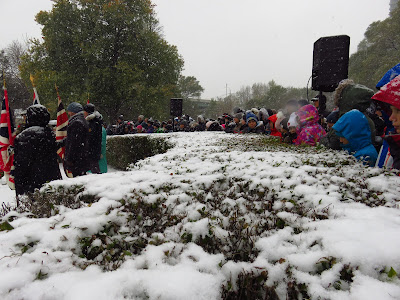 It's always a well done moving service which lasts about 40 minutes. Despite the weather, I'm glad that I and the others all attended. 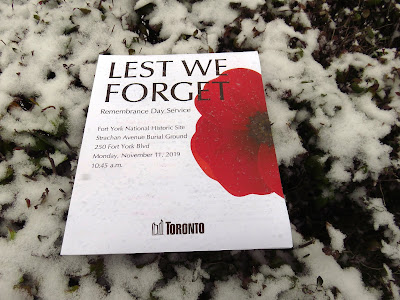 Labels: Events, Things to do in Toronto