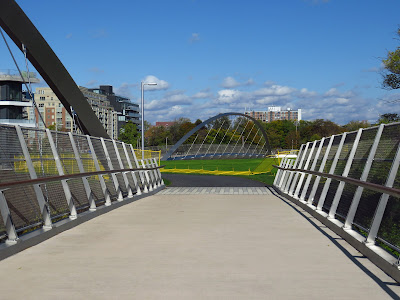 Today I went for a walk which took me over the new Garrison Crossing which opened on October 1 of this year. The crossing consists of two bridges with a park in the middle. The bridges allow access to the park at Garrison Common, outside of Fort York from Wellington St West, over the rail tracks which split just to the east of them. Below shows the original plans. 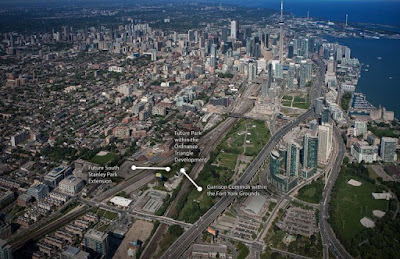 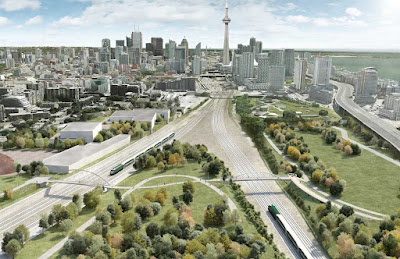 The park on the north side is not yet properly sodded. It will be in the spring. Both sides have this sign to welcome people. 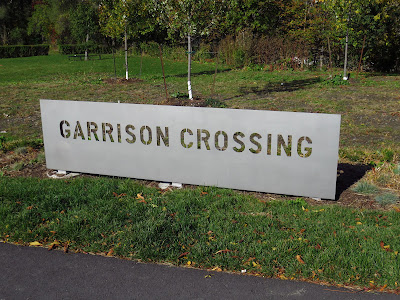 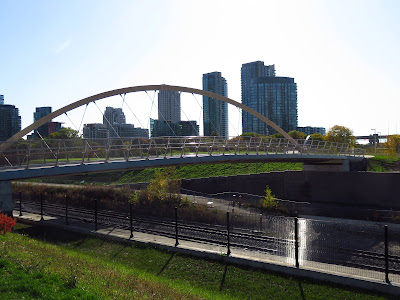 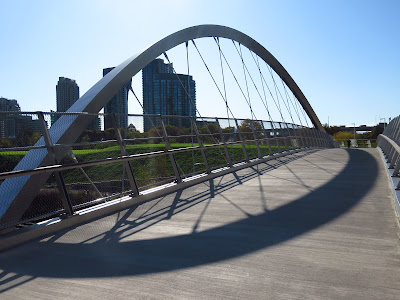 The view from the northern bridge looking west to Strachan and directly below is is the view from Strachan to the bridge. 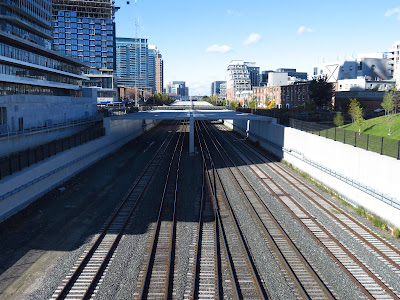 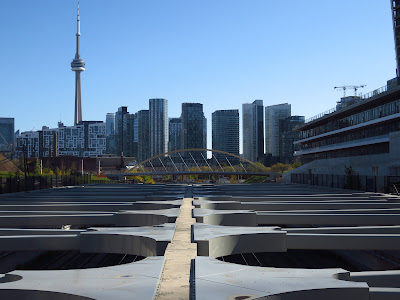 Looking towards the city. 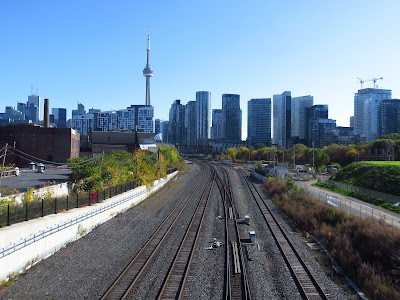 The park in the middle of the triangle. It's still being developed. 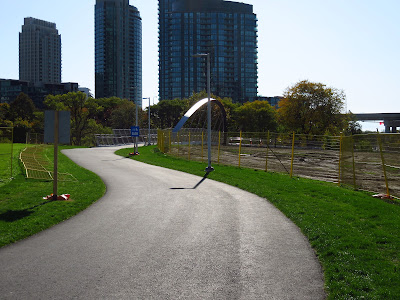 The view from the park. 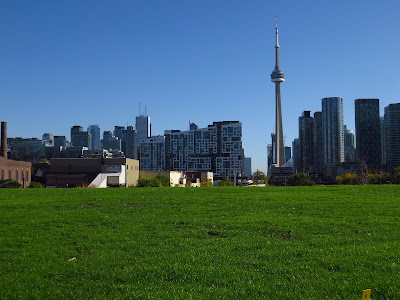 The view to the city from the middle of the 49 meter long southern bridge. 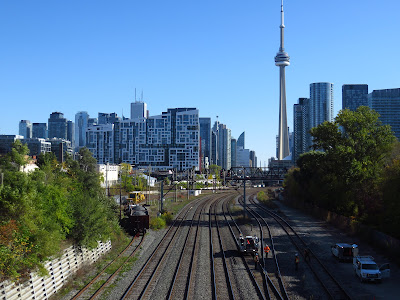 The ramp to the park. There is also a lookout towards the city but was blocked as it was being worked on. 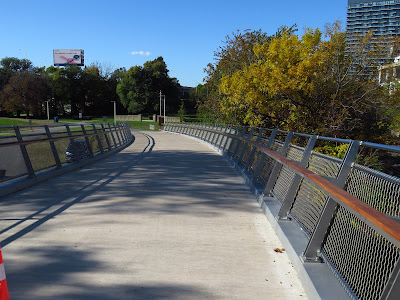 The view from Strachan to the southern bridge. 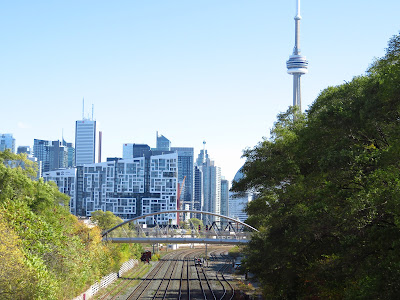 I'm looking forward to the parks in the north and middle being finished. It'll be a beautiful place to visit.
Posted by Swordsman at 13:48

Labels: A Gord's Eye View of Toronto, Things to do in Toronto, Toronto Attractions