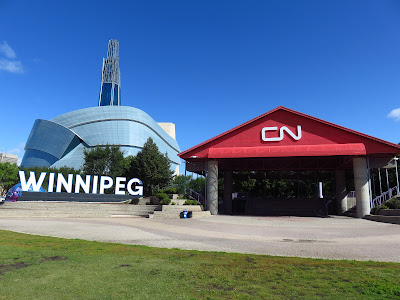 Today I walked through Winnipeg to get to the Historic Forks. Here is some of what I saw along the way.

This is the Manitoba Legislature Building. We can see this clearly from our room at the Holiday Inn & Suites Downtown. 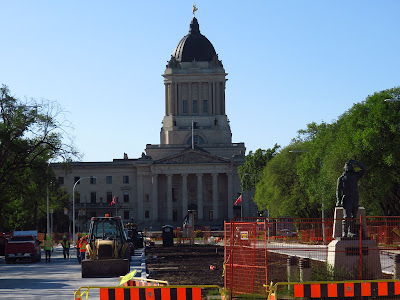 An old jail which is right beside the Courts. 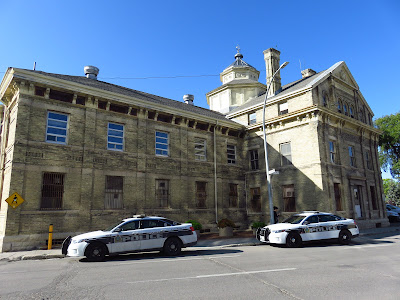 A sculpture outside the courts. I notice Winnipeg is quite proud of their arts and artist. 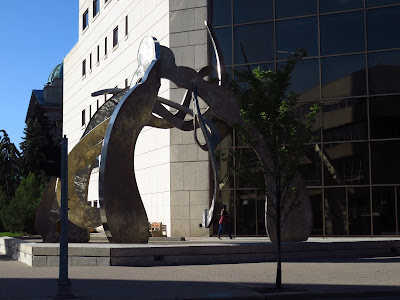 This is an old Todhunter Mitchell coffee building. I did a little research and could find little about their coffee company, only that they supplied coffee to Winnipeg-based troops in WW2. 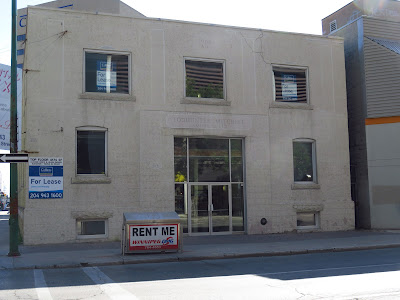 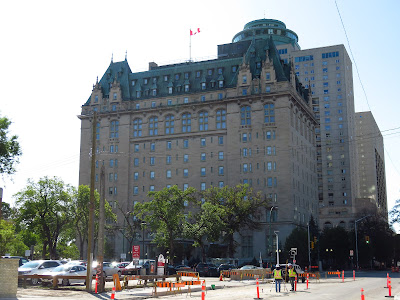 A park by Union Station. It was scenic so I took the first picture. Then I noticed sounds coming from the wall at the back of the park. Then moving light images appeared on the wall, such as wheels rolling accompanied by the sounds of a horse and cart. It was quite amazing but as hard as I tried, I could not get a good shot of the images. 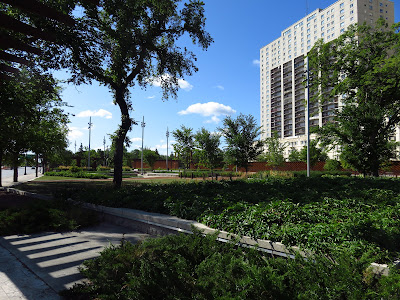 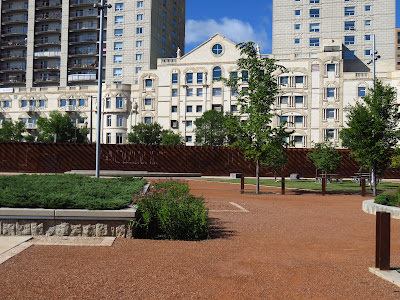 My first view of the Assiniboine River. This was taken from the Main Street bridge. 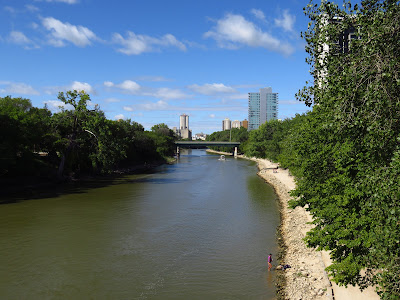 The historic Union Station which was built in 1908 and proclaimed a National Historic site in 1976. 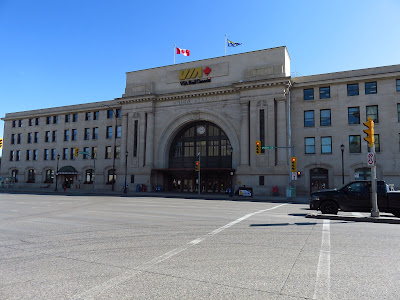 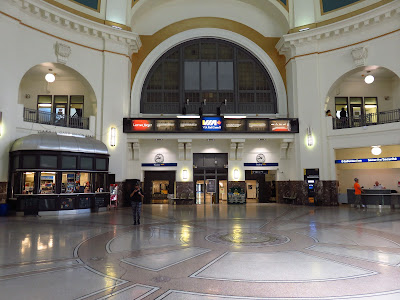 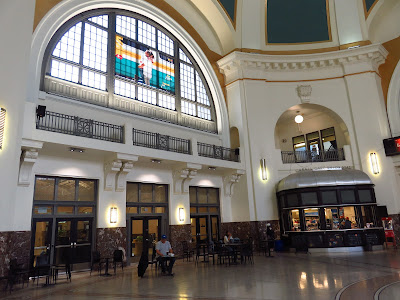 The Alloway Arch. The plaque explains how William Forbes Alloway, an owner in the Alloway and Champion Bank, established The Winnipeg Foundation in 1921. The Foundation, still in operation, invests and donates to the cities many charitable organizations. In 2018, they contributed $41.1 million dollars to charitable projects. 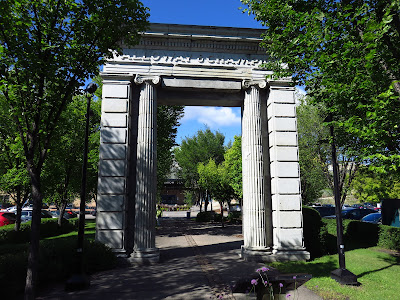 The Canadian Museum for Human Rights which I'll be visiting tomorrow. 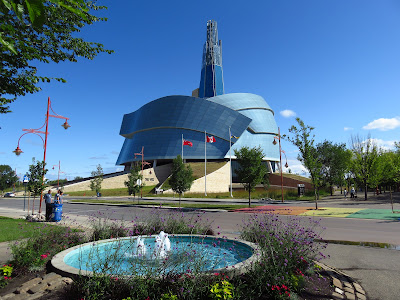 The museum is at the edge of the Forks National Historic Site, where the Assiniboine River meets the Red River which is next on my walk. it was an interesting walk through the city.
Posted by Swordsman at 17:00