Half Blood Blues by Esi Edugyan 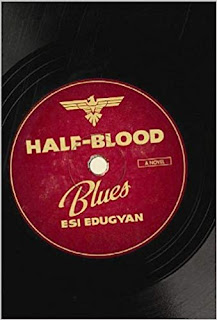 I just finished reading a great book, Half Blood Blues by Esi Edugyan.

Berlin, 1939. The Hot Time Swingers, a popular jazz band, has been forbidden to play by the Nazis. Their young black trumpet-player Hieronymus Falk, declared a musical genius by Louis Armstrong, is arrested in a Paris cafe and never heard from again.

Berlin, 1952. Falk is now a jazz legend, and the Hot Time Swingers band members Sid Griffiths and Chip Jones have appeared in a documentary about Falk. When they are invited to attend the film's premier, Sid's role in Falk's fate will be questioned launching the two old musicians on a surprising and strange journey.

From the smoky bars of pre-war Berlin to the salons of Paris, Sid leads the reader through a fascinating, little-known world as he describes the friendships, love affairs and treacheries that led to Falk's incarceration in Sachsenhausen.

This was a fabulous book which kept me hooked all the way through. The story is told by Sid and moves from present to past and back again. I loved it. No wonder Esi won the 2011 Giller Prize for this. Oh, her new book, Washington Black, won the 2018 Giller. Wow!

I was at a talk given by Esi in January, which was put on by the Toronto branch of the Canadian Author's Association. Not only is she a great writer but a great speaker too. If you have a chance to go to one of her readings, you won't regret it. 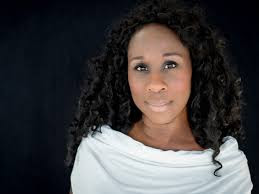 Esi Edugyan has a Masters in Writing from Johns Hopkins Writing Seminars. Her work has appeared in several anthologies, including Best New American Voices 2003, ed. Joyce Carol Oates, and Revival: An Anthology of Black Canadian Writing (2006). Her debut novel, The Second Life of Samuel Tyne, was published internationally. It was nominated for the Hurston/Wright Legacy Award, was a More Book Lust selection, and was chosen by the New York Public Library as one of 2004's Books to Remember.

Edugyan has held fellowships in the US, Scotland, Iceland, Germany, Hungary, Finland, Spain and Belgium. She has taught creative writing at both Johns Hopkins University and the University of Victoria, and has sat on many international panels, including the LesART Literary Festival in Esslingen, Germany, the Budapest Book Fair in Hungary, and Barnard College in New York City.

She currently lives in Victoria, British Columbia.
Posted by Swordsman at 14:23