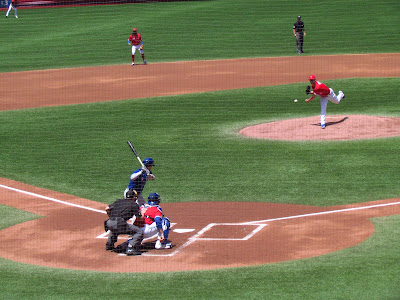 Today was Canada Day and every year Teena and I head to the Rogers Centre to watch the Jays play. Today they were up against the Kansas City Royals. It shows what winning does to attendance as only 29,339 were there to see the game. For me, the opening ceremony for Canada Day is a huge reason in itself to be there. Today was no exception.

Above is a picture of the first pitch of the game. 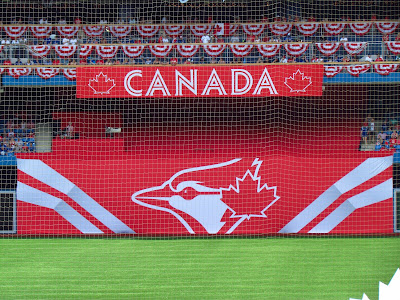 The 49th Parallel rescue team rappelled  from the roof of the stadium. It was amazing to watch their descent. 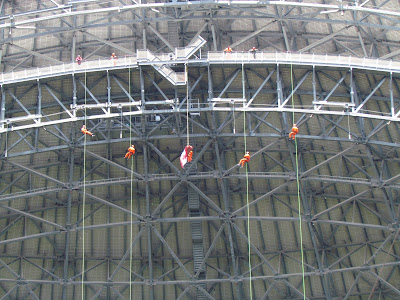 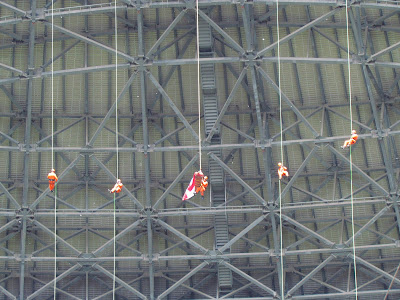 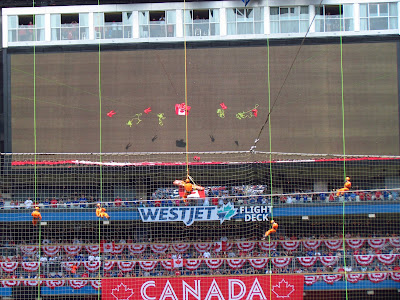 Our Canadian Armed Forces were there with a massive Canadian flag. 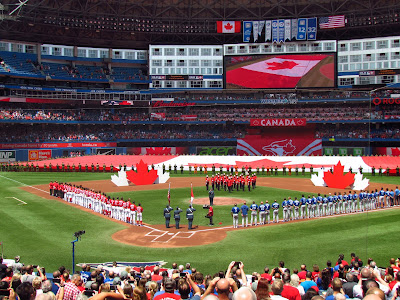 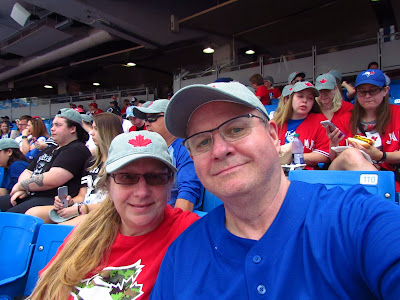 Ceremonial first pitch. It was in for a strike! I love that he threw off the mound. 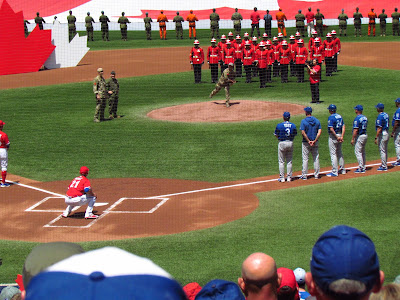 Vladimir Guerrero Jr. strokes a double in the first inning. 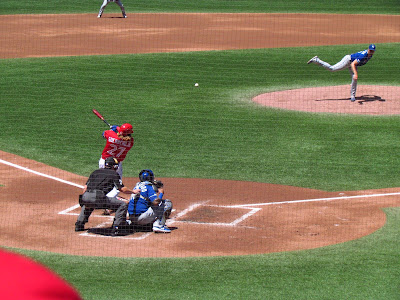 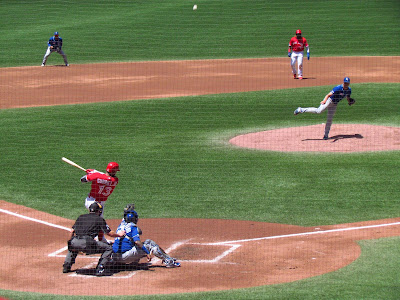 Cavan Biggio drives in a run. 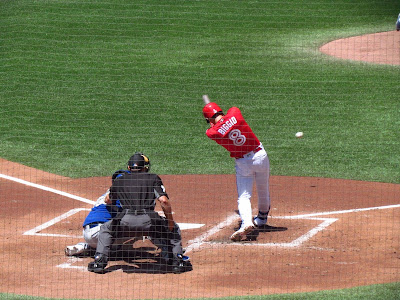 Clayton Richard pitched 6 great innings for the win and a quality start (6 innings with 3 earned runs or less scored against him). 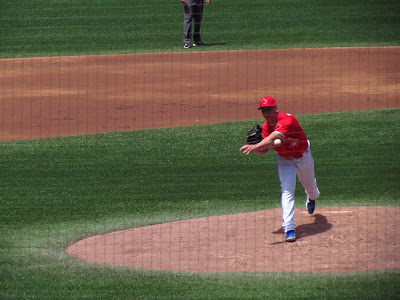 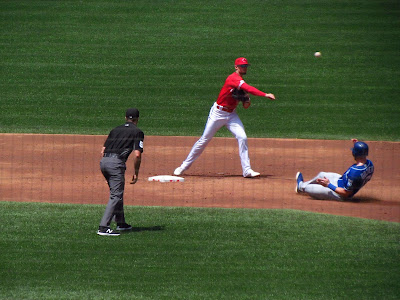 Rowdy Tellez gets out of the way of an inside fastball. 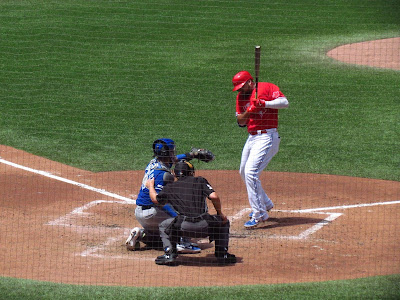 Teoscar Hernandez takes a big swing. Later he would put a home run in the left field stands. 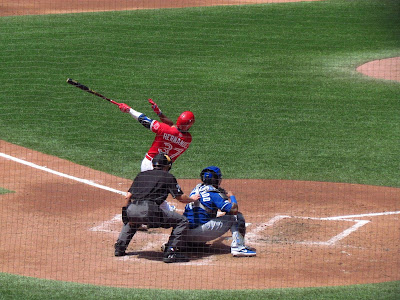 Good timing. This is Freddy Galvez hitting his second home run of the game. 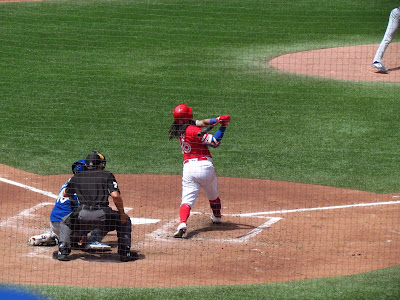 People doing the CN Tower EdgeWalk. Don't know if I would ever have the courage to do this! 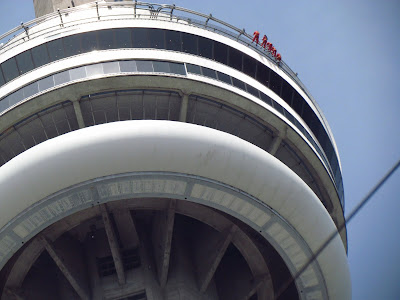 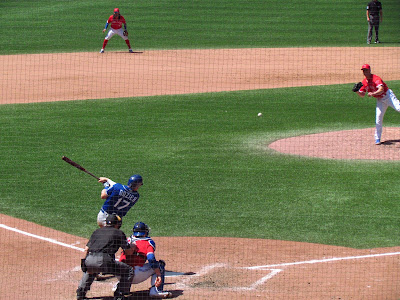 It was a stressfree afternoon as the Jays took down the Royals 11-4. 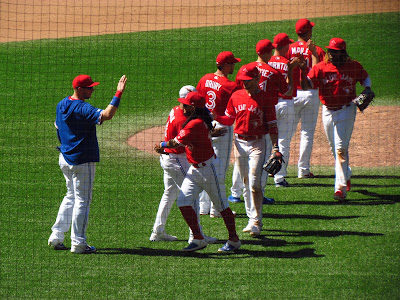 On the way out, we watched as SportsNet announcer Jamie Campbell walk over to speak to a young fan before signing a baseball for him. He was so classy. The kid loved the few minutes Jamie spent with him. 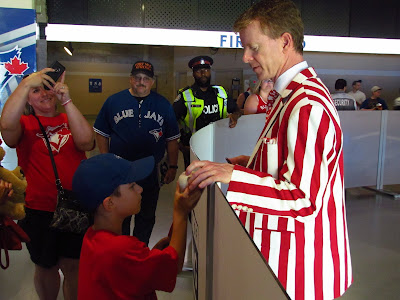 It was a fun afternoon. I love going to the ball yard and today was no exception. 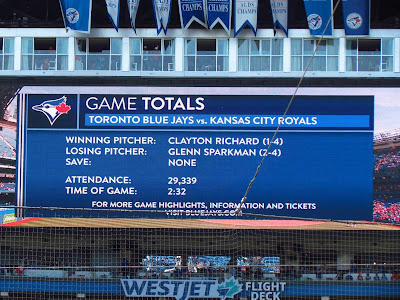 Labels: Things to do in Toronto, Toronto Blue Jays