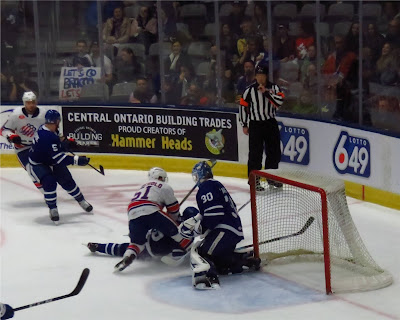 Tonight my friends, Roger and Jacob, joined me for game three of the best of five quarter final series between the Toronto Marlies and the Rochester Americans. Toronto came home with a two games to nothing advantage and would clinch the series with a win tonight. 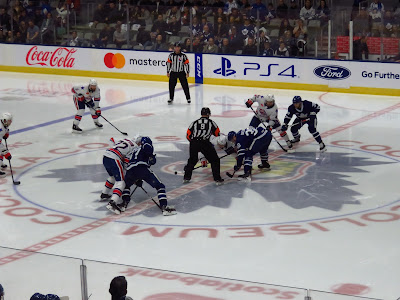 Toronto scored the only goal of the first period. Here is the action a second before Adam Brooks put the puck in. 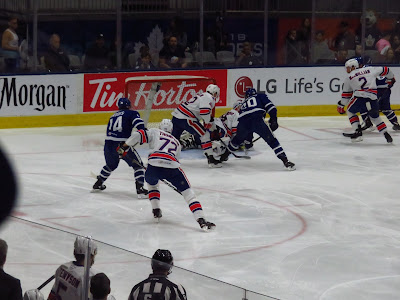 It was an action packed, exciting and tense game throughout. 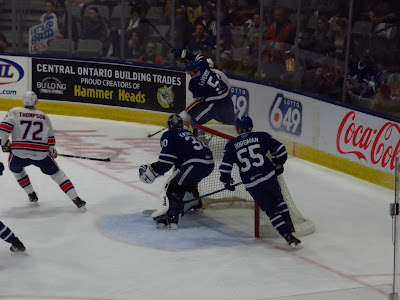 Twice a period the ice was cleaned of chewed-up ice and snow. 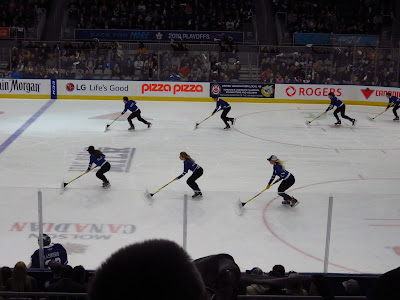 This gives you the idea where the ice and snow comes from. 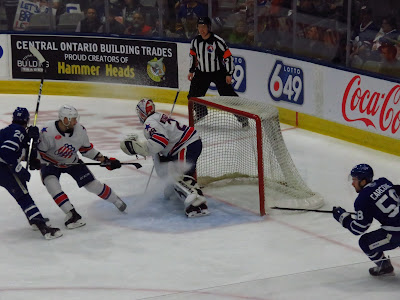 Rochester tied it in the second but Toronto took the lead again two minutes later with another Adam Brooks goal. 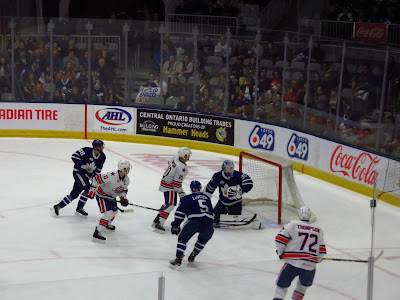 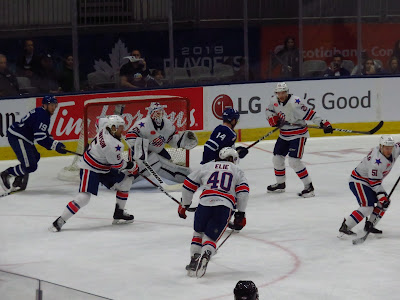 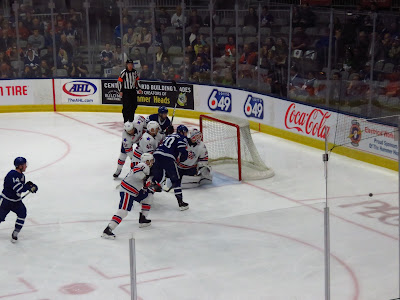 The final period was a busy one for Marlie goaltender, Kasimir Kaskisuo, as the puck was constantly in Toronto's end for most of the period. During the game, Kaskisuo made 28 saves, most of them very tough. With the Rochester goalie pulled, Adam Brooks, yes, him again, threw the puck down the ice from his own end for an empty net goal to clinch the game 3-1 and take the series 3-0.

Kaskisuo the moment the final bell went at the end of the game. 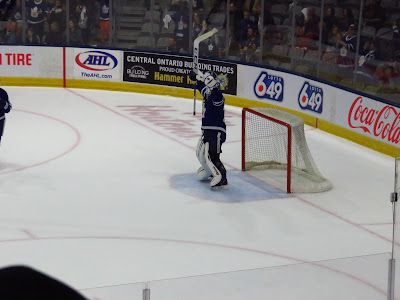 The team converges to congratulate each other. 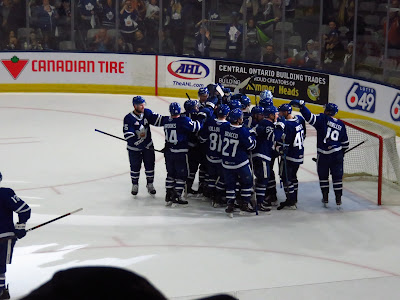 It was a hard hitting game but the players still shake after it was over. 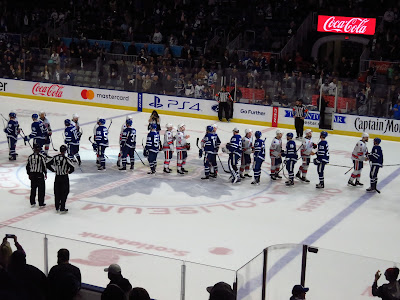 A salute to the fans who were all hoarse. 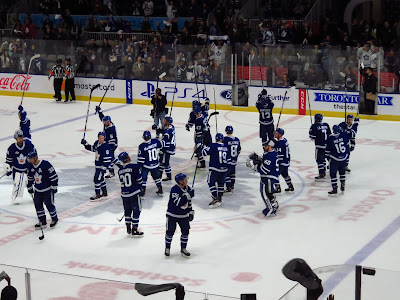 Here is Brooks being interviewed afterwards. 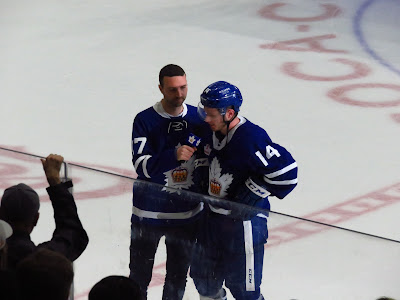 The Marlies will face the Cleveland Monsters in round two. I'm looking forward to it. 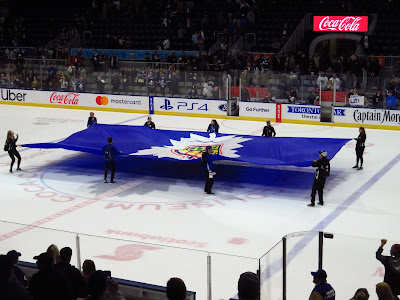