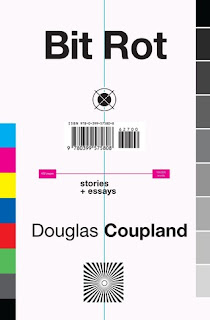 Today I finished Bit Rot by one of my favourite writers, Douglas Coupland.

Bit Rot, a new collection from Douglas Coupland that explores the different ways 20th-century notions of the future are being shredded, is a gem of the digital age. Reading Bit Rot feels a lot like bingeing on Netflix... you can't stop with just one. "Bit rot" is a term used in digital archiving to describe the way digital files can spontaneously and quickly decompose. As Coupland writes, "Bit rot also describes the way my brain has been feeling since 2000, as I shed older and weaker neurons and connections and enhance new and unexpected ones."

Bit Rot explores the ways humanity tries to make sense of our shifting consciousness. Coupland, just like the Internet, mixes forms to achieve his ends. Short fiction is interspersed with essays on all aspects of modern life. The result is addictively satisfying for Coupland's legion of fans hungry for his observations about our world. For almost three decades, his unique pattern recognition has powered his fiction, and his phrase-making. Every page of Bit Rot is full of wit, surprise and delight.

I really enjoyed Bit Rot. The description above says the book is full of essays but they're not really essays but what I would call musings. Most are only 2 or 3 pages in length. Almost all are thoughtful or hilarious. I found most to be true. Written in 2015, it all still rings true 3 years later. Some of his thoughts on the future of humanity even seem to be uneasily accurate.

If you are a fan, you'll enjoy a few appearances from the Channel 3 news team. I wonder what he has against them. For a book of short stories and such, like this one, I always enjoy reading it in short bursts, a story or two a sitting. as a result it took me awhile to finish it.

Douglas Coupland is Canadian, born on a Canadian Air Force base near Baden-Baden, Germany, on December 30, 1961. In 1965 his family moved to Vancouver, Canada, where he continues to live and work. Coupland has studied art and design in Vancouver, Canada, Milan, Italy and Sapporo, Japan.

His first novel, Generation X, was published in March of 1991. Since then he has published nine novels and several non-fiction books in 35 languages and most countries on earth. He has written and performed for the Royal Shakespeare Company in Stratford, England, and in 2001 resumed his practice as a visual artist, with exhibitions in spaces in North America, Europe and Asia. 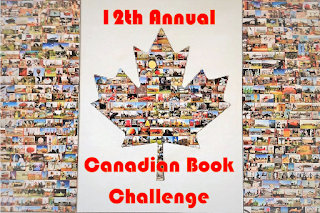