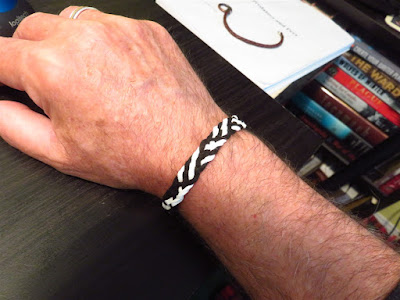 I am new to braiding leather. Although I feel I have the braiding part down, the attachments I have used to connect it together around my wrist have been coming apart. I believe I have solved this problem. First though, let's go through making a 5 strand braided wrist band.

As I am a Toronto Wolfpack fan (they are a Toronto rugby team playing in the English Rugby league, the worlds first professional Trans-Atlantic team in any sport), I wanted to make a black and white band, which are the team colours, to this Sundays game. It's the most important game of their two year existence. A win puts them into the Superleague, Rugby League's highest division. Teena and I will be there and I'll be wearing the new wristband along with my jersey, scarf and hat.

Time to get to work. I am using black and white suede. I find it easiest to place each strand in order between your fingers one at a time. Make sure they are even. Place your connector over them and crimp from the top, then from each side. 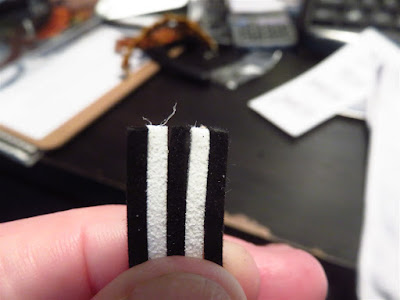 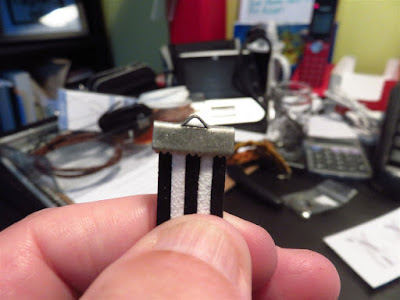 Then I lay it on a white surface as it's easier to see and spread three strands to the left before starting. The diagram is in the picture but after starting you'll realize there is a rhythm to this. The side with the tree strands, take the outside, go over the next strand and then under the next. Now there are three stands on the other side. 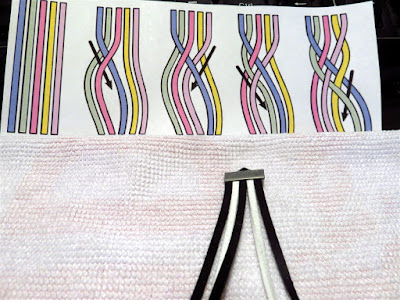 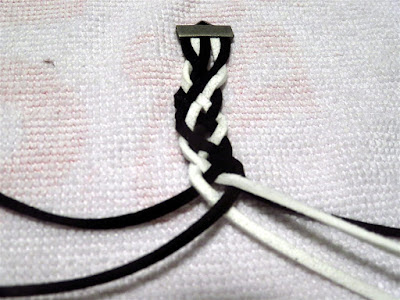 Make it longer than you need. When done, hold the completed strands between your fingers and cut evenly. As in the beginning, place the connector over top and crimp from the top, then each side. 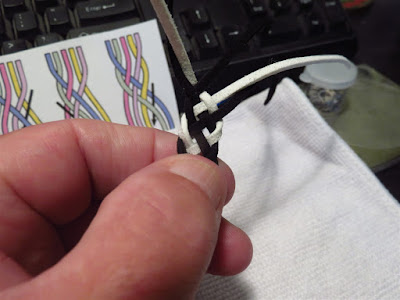 Once this is done, stretch the strap. If you don't, it will naturally stretch while wearing. Cut to the length you want. I cut the side I started with as it is the loosest of the weave.

When I first started, I used split rings on each end, which are split, placed where you want the connection to be, then crimped. I found they eventually pull apart. Now I now use double rings which you thread on. They won't come apart. 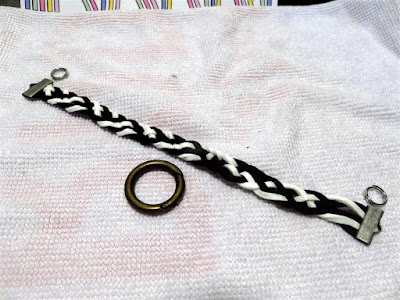 I discovered this style of clamp at a beading store, Bling Bling on Queen. I'm unsure what they're called but am sure I'll be heading there to get more. This makes it easy to put on and take of the band. 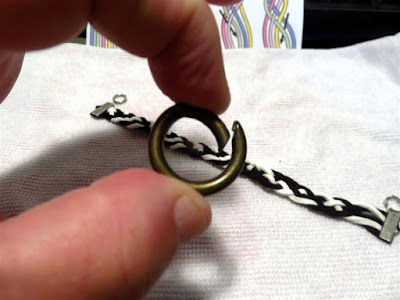 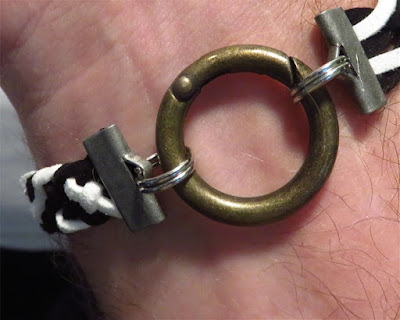 And here it is, ready to wear with my Wolfpack jersey on Sunday. Oh, the other fans will be so jealous! 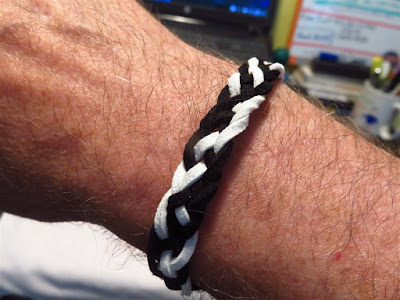