Building a Royal Outhouse in Alberta 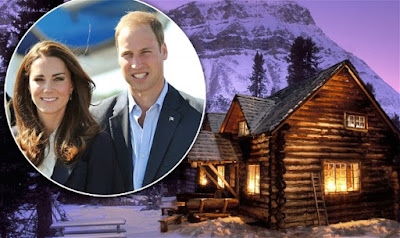 I was flipping through a book, The Great Canadian Bucket List, and in the section on Alberta was a sidebar, The Royal Throne, which I found humorous. It told the story of the preparations for the 2011 honeymoon of Prince William and the now titled, Catherine, Duchess Of Cambridge, who we all refer to as Kate, at Skoki Lodge in the Rockies.

The lodge is located in Banff National Park on an eleven kilometre trail from lake Louise. In fact, hiking the trail is usually the only way to reach the cabin. The lodge has no indoor plumbing, phone reception or electricity. Guests had to hike to an outdoor outhouse to conduct their business.

All of that, of course, had to change for the royal couple. The cabin was completely outfitted for the couples one night stay away from the paparazzi. 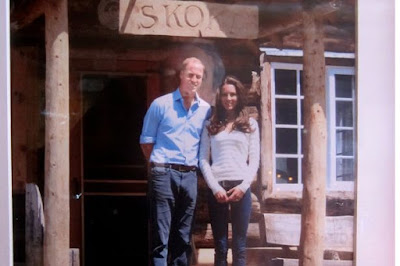 And that included building a royal bathroom. According to the British news outlet, Daily Mail,

"The log cabin, built in 1931, has no indoor plumbing. Guests have to use an outhouse bracing bears and clouds of even more fearsome mosquitoes. By the time the Duke and Duchess arrived by helicopter on Wednesday, however, a fully fitted bathroom had been installed, flown up by helicopter.

The highlight was a 'tacky' $3,000 bath with painted bronze claw feet, a red, glass-frosted shower door, a glass sink described as 'dark and mottled, almost granite like' and a cast iron fireplace.

One fellow guest, Dennis Garnhum, told the Calgary Herald that he discovered a group of six builders working frantically on the bathroom just before the couple arrived.

'We're like, they're building a bathroom in a back county lodge?' He said. 'But the thing that made it super weird was when they six, seven people working were done they popped a bottle of champagne. They were all standing around taking pictures."

A new gas heater was also installed. Oh, and forget the hike from Lake Louise. The couple were flown in by helicopter.

Their stay was less than twenty-four hours and as soon as they flew off, the bathroom was quickly demolished, the tub and toilet destroyed and the area put back to it's original condition.

Now that I'm older, I'm very much the same as them. I need an indoor bathroom when I travel, especially for those midnight trips. 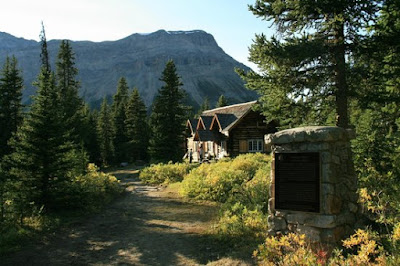