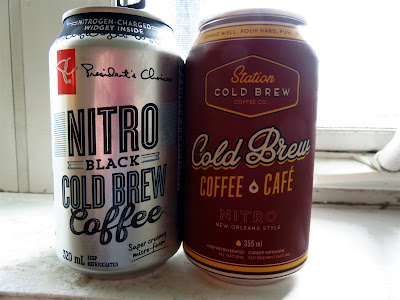 The other night I had a Station Cold Brew Coffee around six o'clock in the evening. Usually, I can have a coffee or tea after supper and have no issue sleeping. That night I laid in bed until about 1 AM.

My wife, Teena, has always warned me about having a Diet Coke late at night saying that I won't be able to sleep. It has never affected me.

I started to wonder what the caffeine difference is between the different style coffee's, tea and cola's, so I decided to do some research. 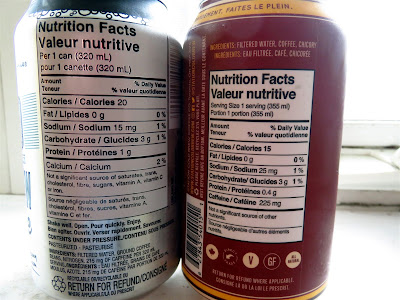 Diet Coke contains 46 mgs of caffeine, which is interesting, as regular Coke has only 34. I thought it would be the other way around.

Keurig coffee pods have around 2 tablespoons in each pod and has between 100 to 140 mgs of caffeine per brew. The extra bold coffee pods are filled with 2.6 tablespoons of coffee, so would work out to between 130 to 180 mgs per pod.

The caffeine content of tea, and I really enjoy a nice Earl Grey, depends on the amount of time it steeps. Twinings Earl Grey contains 19 mgs for a 1 minute steep, 22 for 3 minutes and 25 for a full 5 minutes. I had always heard that tea contains the same amount of caffeine as coffee, but apparently not. Tea has a lot less. The link shows various tea styles and makes and the caffeine content for each. 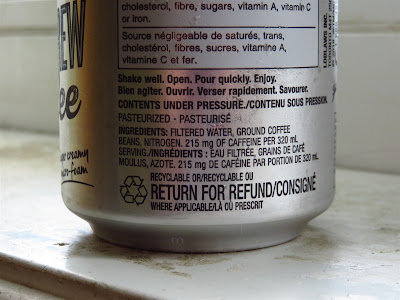 Now, here is why I couldn't sleep the other night. According to the nutritional information of the cans, PC Cold Brew contains 215 mgs of caffeine. Station Cold Brew has 225 mgs. Both are perfect for an afternoon, especially a hot one, but not for the evening.

So for me, it's regular coffee in the morning, a cold brew in the afternoon and a nice cup of tea after supper.