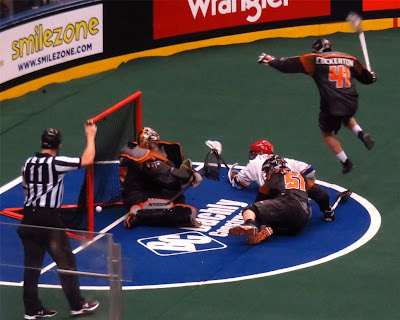 This afternoon Teena and I headed down to the ACC to watch the Toronto Rock play host to the New England Black Wolves, who came into the game in first place in the Eastern Division. It's a tight race in the east and a win for the 5-5 Rock would put them into a tie for first place.

The boys huddle up. 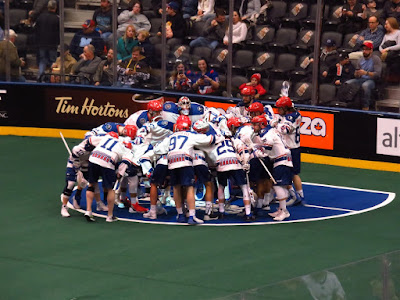 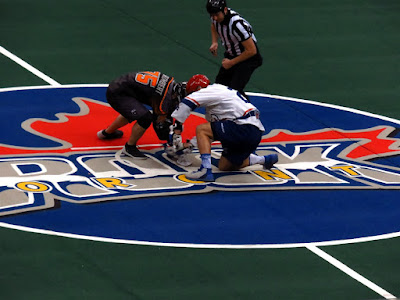 The Rock scored just 18 seconds into the game for a great start. The rest of the quarter didn't go as well, though, as the Black Wolves answered with 4 straight goals to lead the game 4-1 at the end of the first quarter. 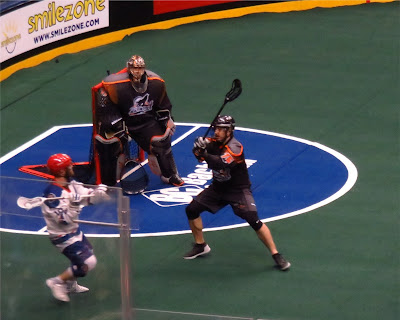 At the half, Toronto put on some pressure and was behind by a 6-4 margin when the horn went. The Toronto Rock Cheerleaders came out for a performance during the second quarter. 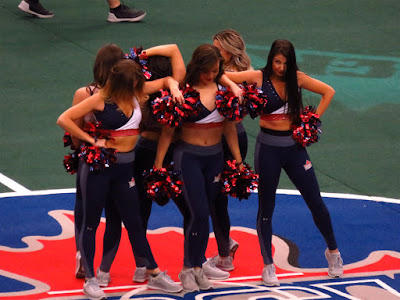 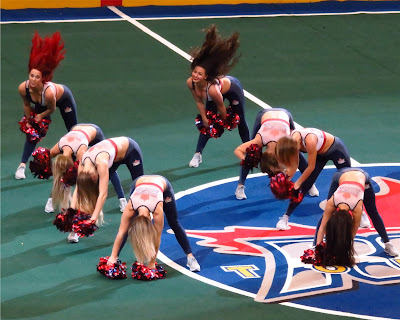 The view from our seats. The final score would have been much higher but both goalies brought their goalposts with them. 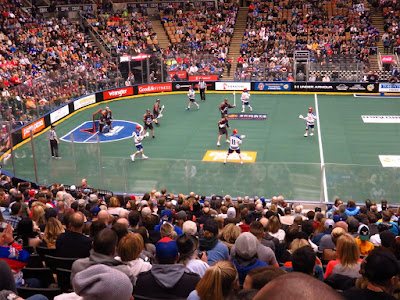 Action around the Black Wolves net. 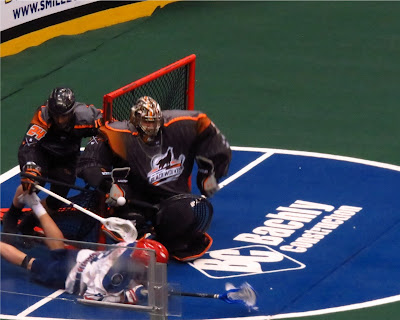 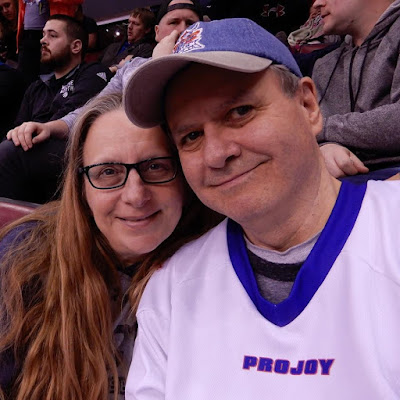 Another performance by our cheerleaders. 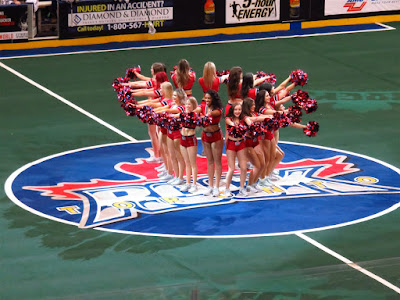 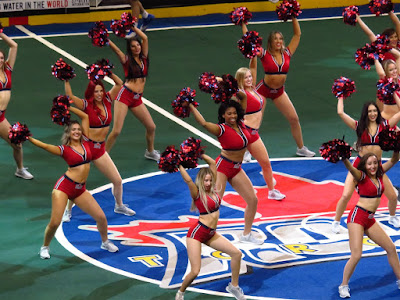 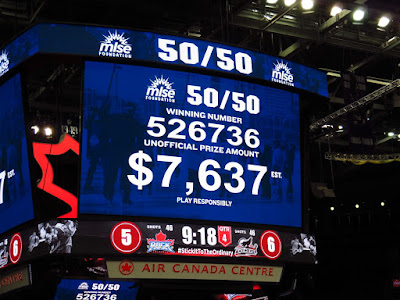 The Rock scored with just 20 seconds left to go in the game to tie it up 7-7 and send the game into overtime. We had a chance or two but at 2:08 of OT, the Black Wolves scored to win. It was a disappointing way to finish after such a great comeback. 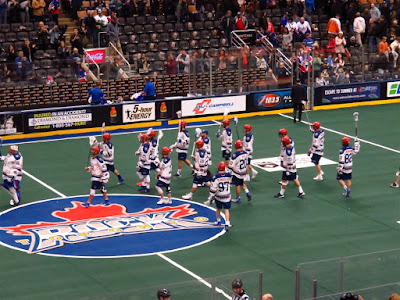 Despite the low score, today's game was perhaps the most action-packed game we have seen all season. Just wish it had ended different.