Crucial Loss for the Toronto Rock 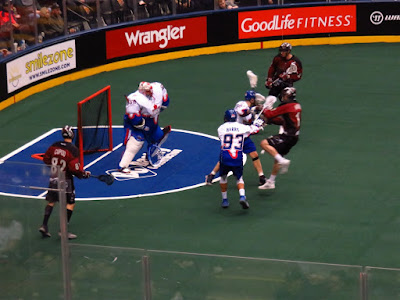 Tonight the 7-6 Toronto Rock hosted the 9-4 Colorado Mammoth who currently are 2nd place in the west. The Rock needed a win tonight as, although they came into the game in 1st place in the east, could finish the weekend in 4th as the three teams behind them are all sitting with 7-7 records. 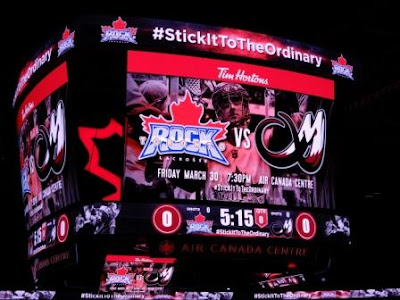 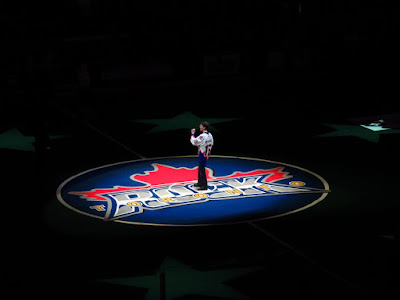 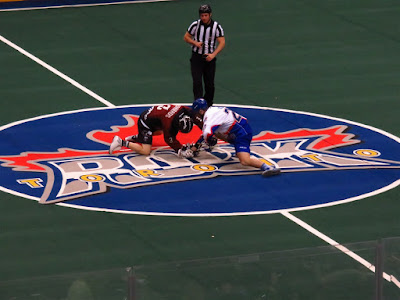 The Rock put on some pressure. 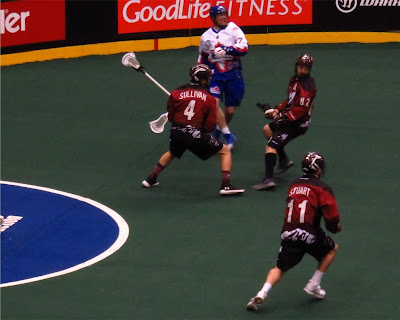 The Toronto Rock Cheerleaders came out for a performance. They were great as usual. 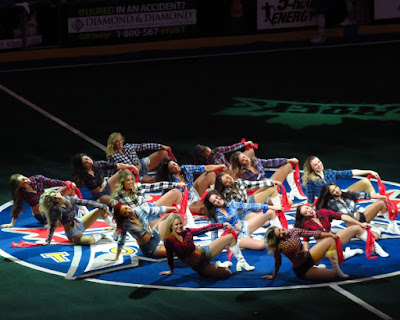 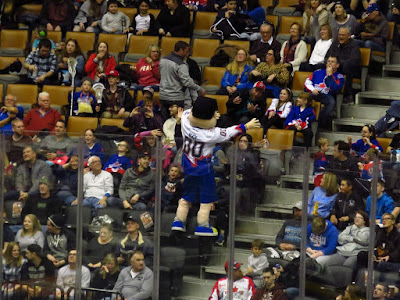 The Rock found themselves down 4-0 at the end of the first quarter but battled back to tie up the game at 6-6.

Action around the Mammoth net. 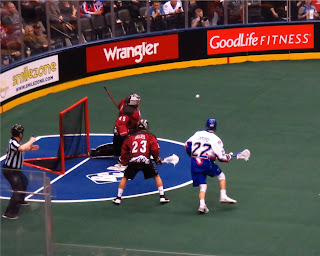 It was my birthday and Teena made sure everybody knew it. She also surprised me by having a bunch of my friends show up at the game to sit with us. 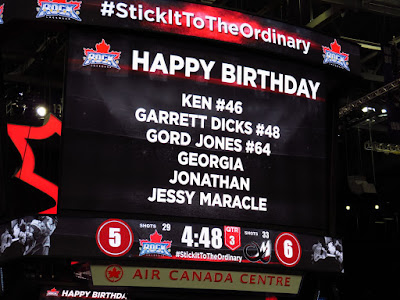 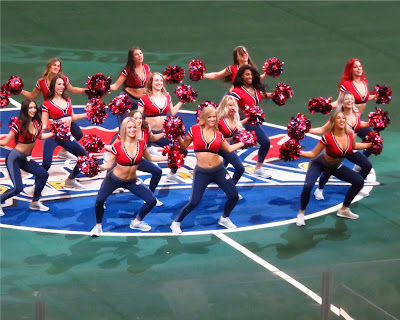 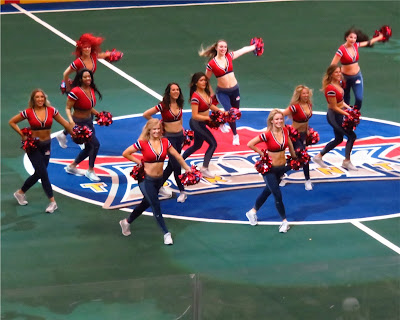 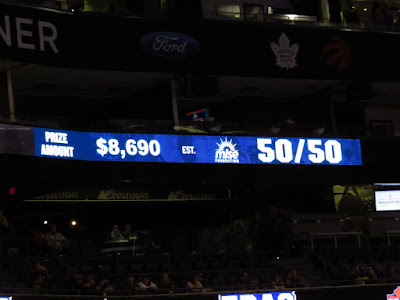 After having come back to tie the game, the Rock seemed to run out of gas. In the end 10,288 fans came away disappointed in the 11-7 loss.

The next home game, and their last of the regular season is Friday April 13 at 7:30 and is autograph night. They play against the Rochester Knight Hawks in what will be a 'must win' situation with playoff implications.

Yes, Teena and I will be there. 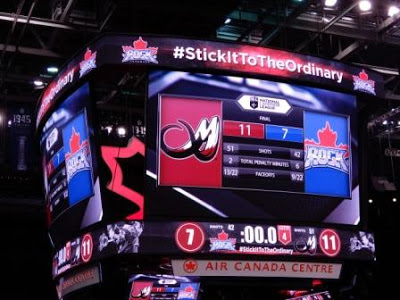