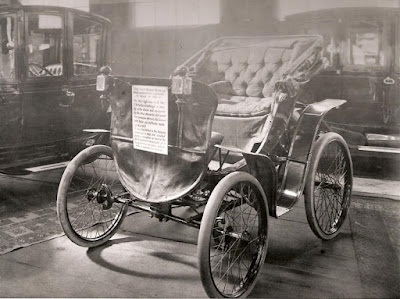 Today electric cars are becoming the rage in North America but in this date in 1893, William Still and his patent lawyer Frederick Fetherstonaugh (pictured below) introduced Canada to the countries very first electric car. It also is noteworthy of being just the second car produced in Canada.

Known as the "Still" electric car, named for the inventor, it could travel 15 miles (24 km) between charges. As steam powered cars were considered too dangerous with all the high pressures involved and the gasoline engine was still in it's infancy and was noisy and smelly, the electric car looked as if it were the future of the automobile industry.

The car was built in Toronto at John Dixon’s carriage works located at Bay and Temperance Streets. Due to it's success, a group of businessmen bought into the car and created the Canadian Motor Syndicate. By 1902, improvements to the gasoline engine as far as smell, noise and power put the company out of business.

Fetherstonaugh happily drove his original model for 15 years. What happened to it or any other model car the company produced is unknown. 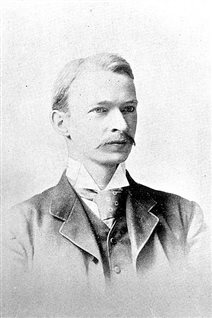