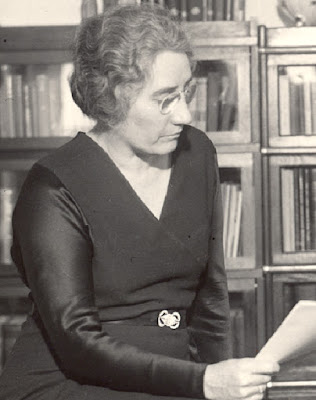 Today in 1921, in the first Canadian election in which all women were allowed to vote, Agnes Macphail became the first woman to be elected as Minister of Parliament (MP) to the House of Commons in Ottawa. She represented the riding of Grey South East until she was defeated in the 1940 federal election. 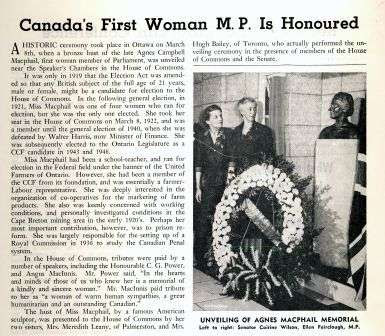 As a member of the United Farmers of Ontario party, Agnes originally planned to represent the farmers of her riding but decided to take up the cause for the rights of miners, immigrants, and of course women.

In 1923, after a prison riot in Kingston, Agnes went to investigate and was astounded by the poor conditions. It became one of her greatest accomplishments that after arguing years for change, from one of punishment, to one of reform and education in the Canadian penal system which also included a reduction of corporal punishment, that in 1939 the Penitentiary Bill finally recommended 88 changes to the penal system