Tonight Teena and I went to the East Coast Comedy Night 4 show at the Social Capital Theatre above the Black Swan Tavern. 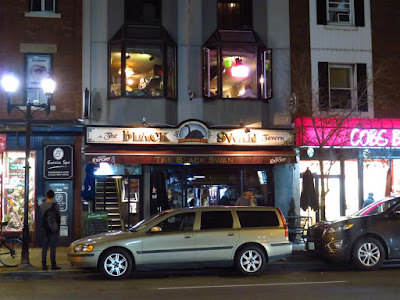 Our fourth big year! For one night only, we will pack as many comedians from all over The Maritimes and Newfoundland as we can into one show to salute the East Coast! There will be SCREECH! There will be BEER! There will be an ACADIAN!

Marcel St. Pierre from New Brunswick did a set and was host for the night. He was fun and kept the show flowing. 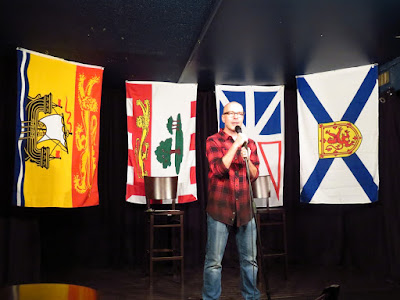 Meg MacKay from P.E.I. (flag on the left) was a great choice for an opening act as she was hilarious. 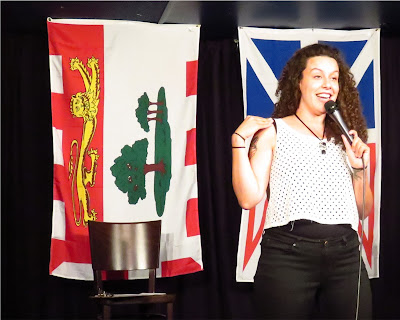 Paul Ash, originally from Halifax (Nova Scotia's flag is on the right of the picture), who now lives in Montreal, and was terrific. 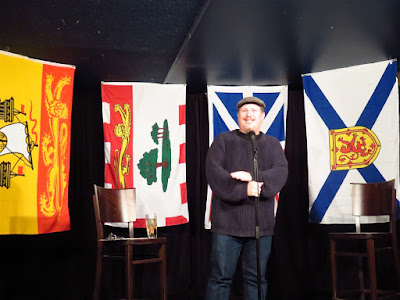 I enjoyed Gina Granter's set, who is originally from Newfoundland (flag hidden behind her). 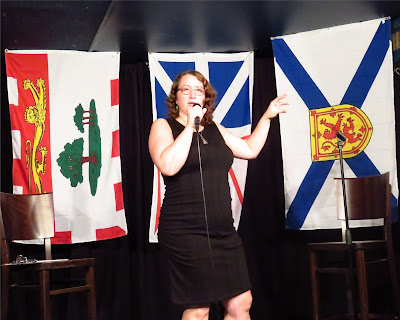 Chris Locke was a hoot. 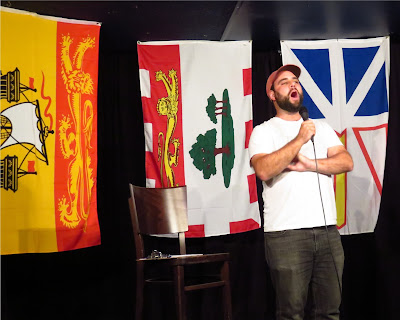 During intermission, Teena took the stage for a photo. 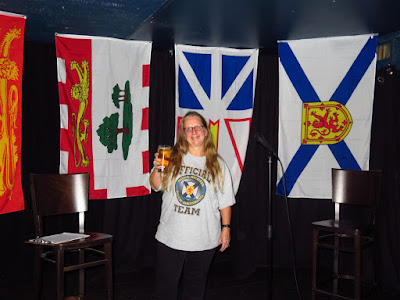 Ali Hassan, who will be at the Rose Theatre in Brampton in November and is worth seeing, opened the second half. 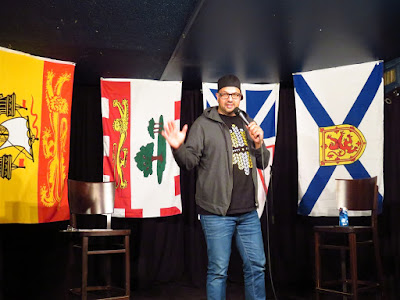 Although it's not a contest, my favourite of the night was Tim Steeves from New Brunswick (flag to the left of the picture). 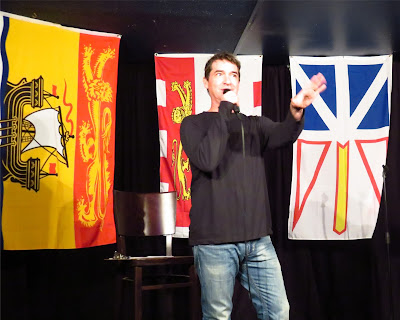 The final act was the Wordburglar (Shaun Jordan), who does comedy rap. 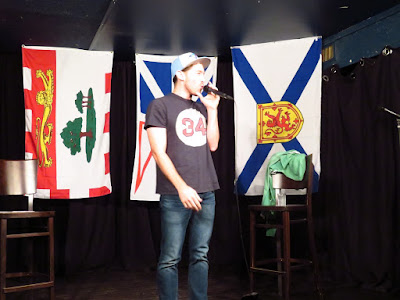 This is the third year in a row we have been to this show and have always enjoyed it. I feel tonight had the best set of comics of the three. The shows are put on by Marcel St. Pierre and I just want him to know that we will be there for East Coast Comedy Night 5.
Posted by Swordsman at 22:00