Canadian Alexander Dunn and The Charge of the Light Brigade 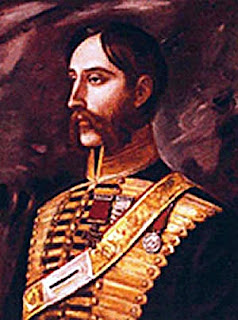 Today in 1854 Lt. Alexander Dunn of Toronto took part in The Charge of the Light Brigade. He became the first Canadian win a Victoria Cross for bravery when British and French cavalry charged a Russian Stronghold in Balaklava, Russia. 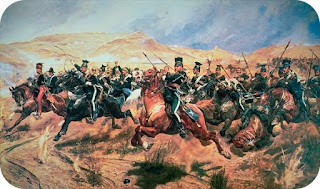 The Charge of the Light Brigade
by Alfred, Lord Tennyson Memorializing Events in the Battle of Balaclava, October 25, 1854
Written 1854

'Forward, the Light Brigade!'
Was there a man dismay'd ?
Not tho' the soldier knew
Some one had blunder'd:
Theirs not to make reply,
Theirs not to reason why,
Theirs but to do & die,
Into the valley of Death
Rode the six hundred.

Flash'd all their sabres bare,
Flash'd as they turn'd in air
Sabring the gunners there,
Charging an army while All the world wonder'd:
Plunged in the battery-smoke
Right thro' the line they broke;
Cossack & Russian Reel'd from the sabre-stroke,
Shatter'd & sunder'd.
Then they rode back, but not
Not the six hundred. 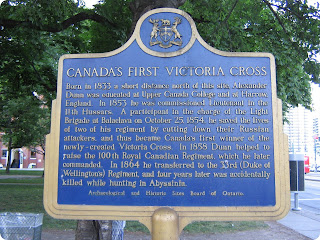