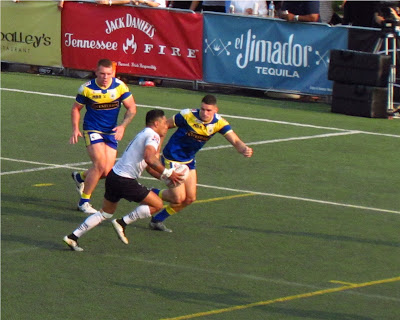 Last week the Toronto Wolfpack defeated the Barrow Raiders to clinch the championship. As the rugby league has the top 8 teams play each other once with the top club winning the championship and promotion to the next level, it meant that the Pack still had one more game today. That was this afternoon against Doncaster RLFC.

For the Wolfpack, the game was meaningless but for Doncaster a win would clinch 5th place and a chance to play for the second promotion to the Kingstone Press Champions League. Toronto was not about to lay down for them.

This week I bought fold up chairs to use on the hard benches of Lamport. Teena and I both appreciated having a supported back for the game. 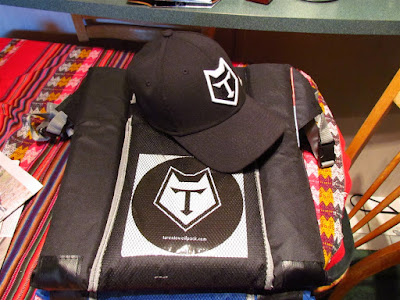 Here we are ready to cheer on the boys. 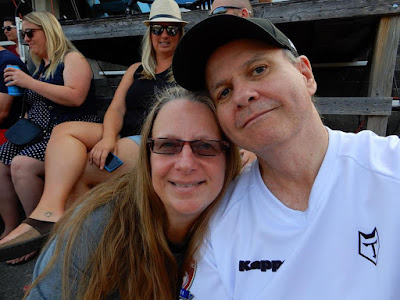 The Championship Toronto Wolfpack make their way onto the field. 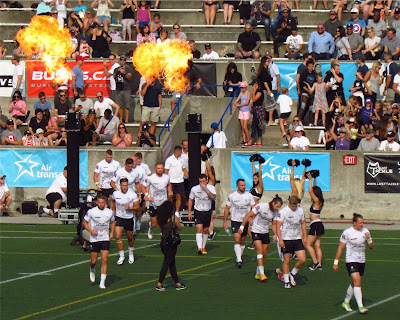 The national anthems were sung. Teena and I sat on the west side of the stadium in the shade so had a better view of the anthems. 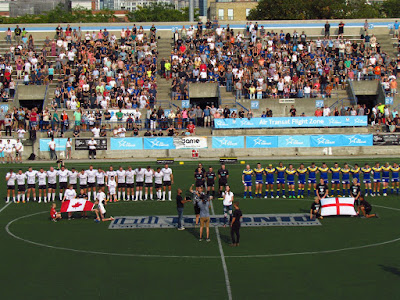 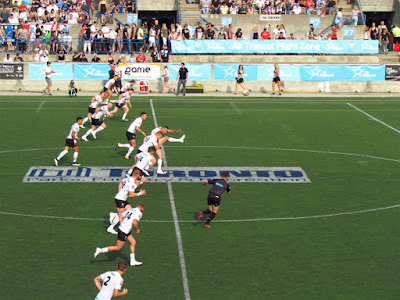 A hard tackle by Doncaster. 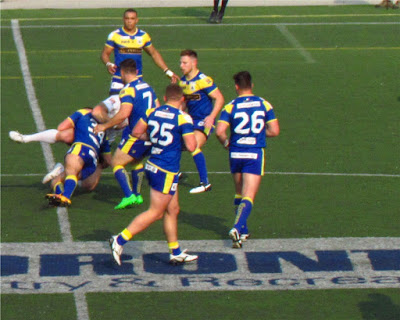 Team Canada was playing USA after the Wolfpack game and lined up for pictures. Go Boys! 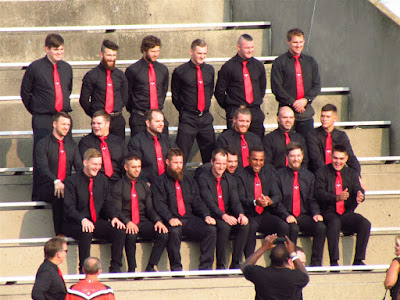 The Wolfpack were down 12-4 at the half and Doncaster was dominating. The She-wolves came out to perform. 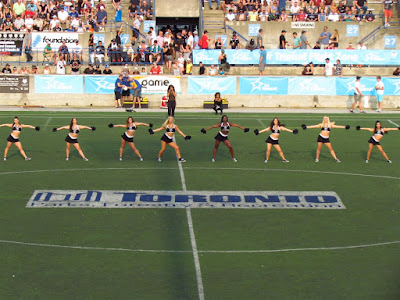 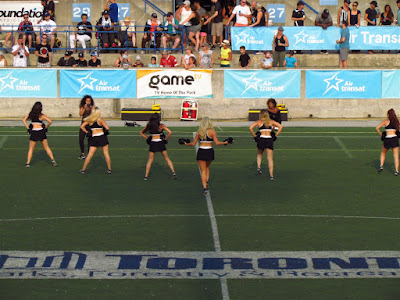 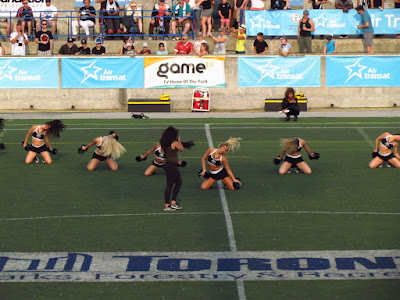 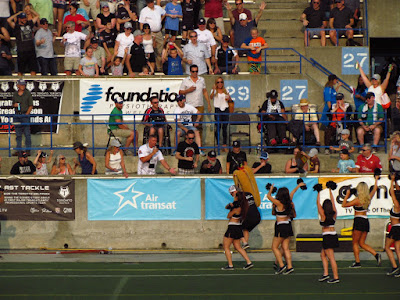 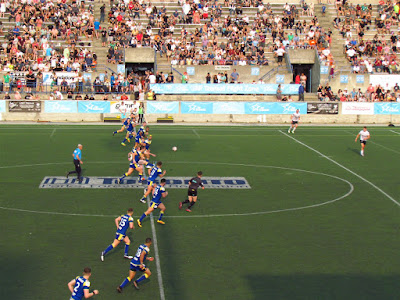 Chugging for a try. He was pulled down but Toronto scored shortly after. 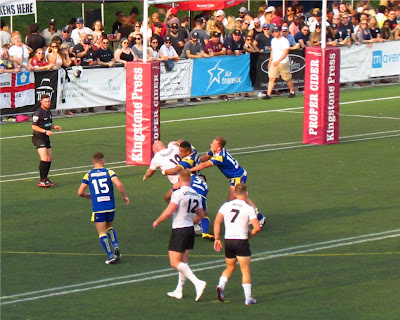 I would be in pain too if I had three big guys piling on me. 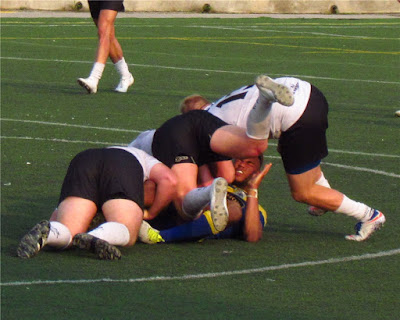 Pushing for a try but stopped. 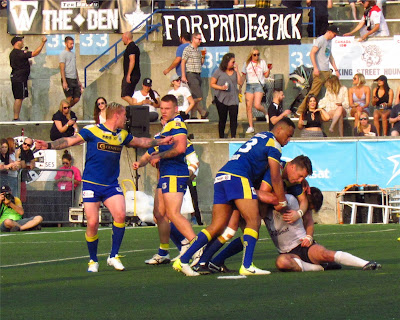 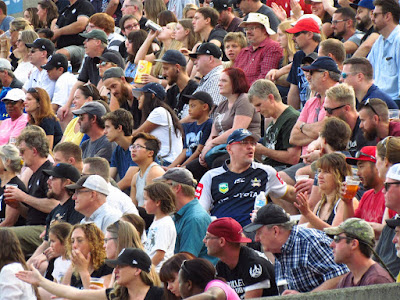 QLT (Quentin Laulu-Togaga'e) being taken down. 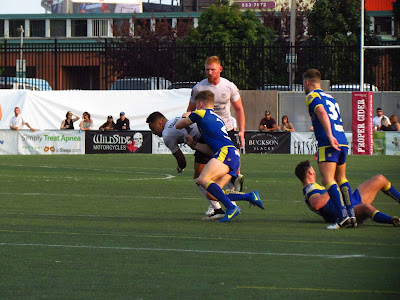 Toronto stopped Doncaster dead in their tracks in the second half. 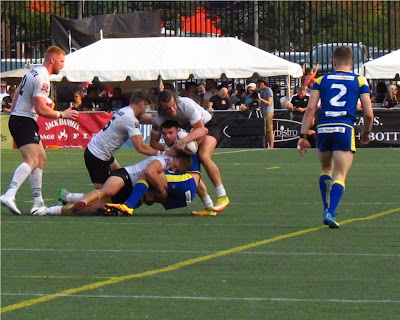 The game ended with a 26-14 Toronto Wolfpack victory. As always, the players shake hands and congratulate each other. 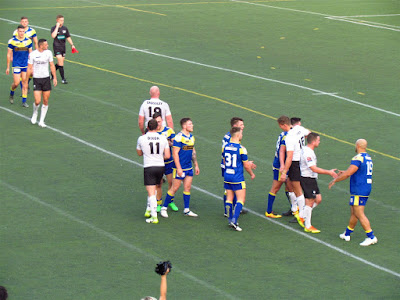 Toronto Mayor John Tory was there (in the white jersey) to help present the medals. 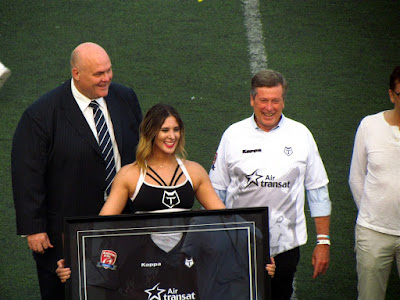 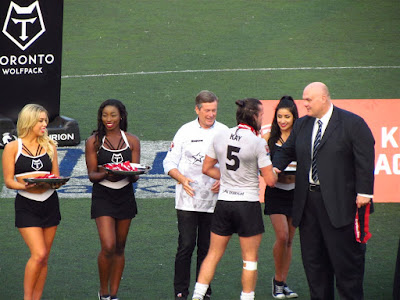 Yes, the celebrated last week with the cup. This week they celebrate again, this time with the shield. Much better for Teena and I as we were on the west side of the stadium and the presentations faced us, so yes, this is my picture and not copied from anywhere else. 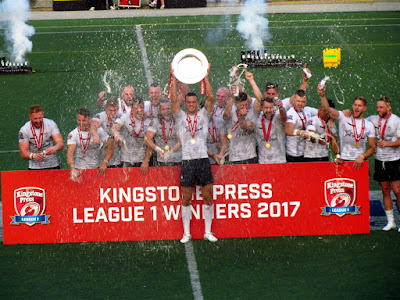 So happy to see the Toronto Wolfpack have such a great season and win it all. So sad it's over.