"Waiting for Godot" at Soulpepper 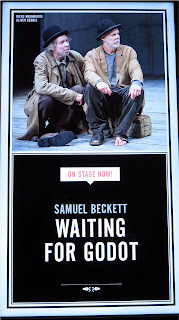 Tonight I went over to the Distillery District to see Waiting for Godot at the Young Centre for the Performing Arts.

On a bare road in the middle of nowhere, two world-weary friends wait. While anticipating, they speculate, quarrel, joke and ponder life’s greater questions. As dusk approaches, two figures appear on the horizon.

Soulpepper revisits one of the most significant plays of the 20th century.

My first time seeing the play was in 2013 at the Tom Patterson Theatre in Stratford.

Two hobos, Estragon and Vladimir, are on stage alone with a concrete block and a a chunk of wood to sit on by a barren tree which are apparently by the side of a road. Estragon has such a poor memory and cannot think of what happened yesterday or why they are even there.

It is uncertain why the two men are waiting for Godot, or even who Godot is, but it is clear that Vladimir is certain that bad things will happen to them if they leave before meeting with Godot. He is fearful of them angering Godot.

It was a great performance. Not your usual piece of slice of theatre. All the roles were well-acted but I have to give special mention to Alex McCooeye who played Lucky plus his makeup artists. Lucky came on stage as a eerie, hollow eyed, tall, beaten and broken human being commanded by his owner Pozzo. He looked to be in pain throughout the performance, especially when Pozzo yanked on the rope which hung around his neck. Near the end of the first act, he breaks into an almost neverending disjointed verbal ramble that lasts for five to six minutes. That it all seems random would make it so difficult to learn and Alex pulled it off so very well.

I really enjoyed it and am glad I had the opportunity to see it once again. 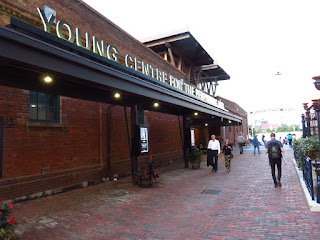 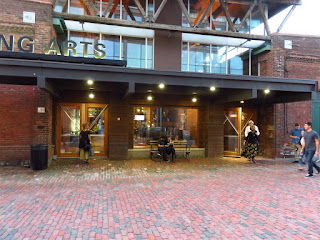