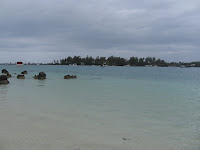 The first day that we landed at Grotto Bay Resort, I looked across the bay and saw a causeway, swing bridge and an island, with some old structure on it. I knew I had to go explore it.

So after a relaxing a relaxing morning, Teena and I headed over to what we found out was Coney Island Park.

A Bermuda National Park. Named after the coney fish (Cephalopholis fulva) one prominent around here. 14.5 acres (5.9 hectares) in size and open to the public from daylight to sunset, free of charge. It has an interesting, undeveloped park and beaches. Its northernmost tip is called North Point and was the western terminus of a railway bridge that once ran to Ferry Reach.

It was an interesting and scenic walk. The old Bermuda Railway Trail follows the west side of the island and has great views of the rugged Coney Island shoreline, ocean and Ferry reach to the north.

The Bermuda Railway was a 21.7-mile (34.9 km) common carrier line that operated in Bermuda for a brief period (October 31, 1931 – May 1, 1948). In its 17 years of existence, the railway provided frequent passenger and freight service over its length spanning most of the archipelago from St. George in the east to Somerset, Sandys Parish, in the west.

Due to high maintenance costs and the introduction of the car to the islands, the railway was closed. In 1984, 18 miles of the line were developed into a trail.

It was a beautiful sunny and warm day for a hike. I took my new camera along with me. I'm glad I did as our afternoon hike is best told with pictures.
***
We first came upon the Bermuda Railway Trail on our way to Coney Island. The bridges are long rusted out and torn down but their supports remain. Our resort is in the background. 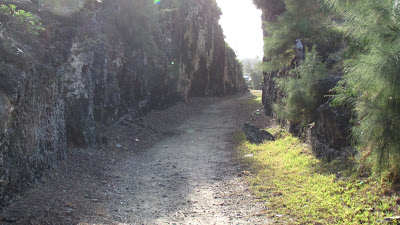 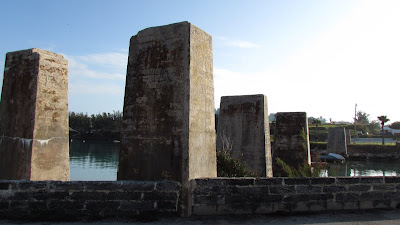 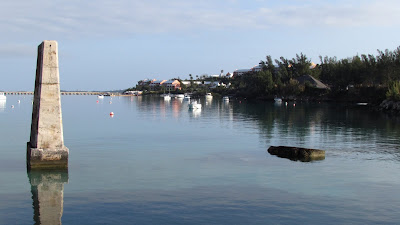 The coastline is quite rugged. 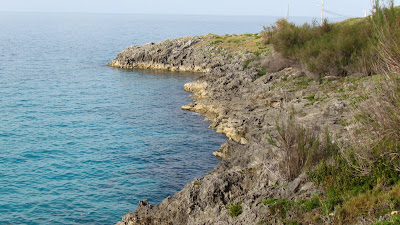 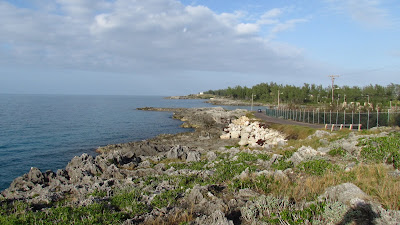 This guy was handlining for squid from the swing bridge. He would see a squid from the bridge, throw out a line with a 3-pronged hook at the end and snag the squid. He got one while we were there. 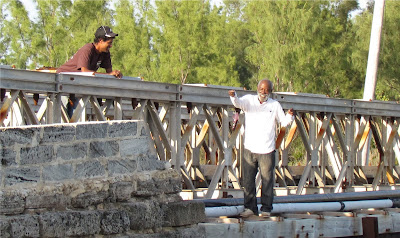 Finally we arrived at Coney Island. 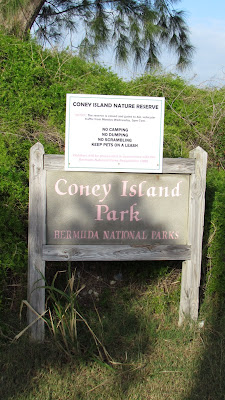 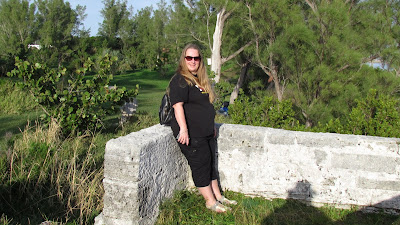 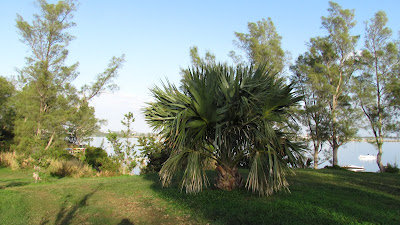 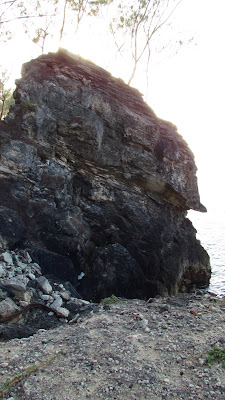 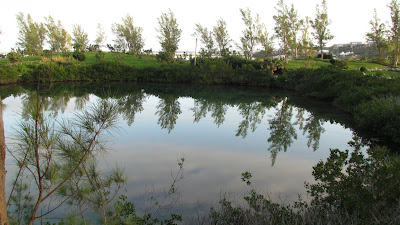 On the north side of the island, the Bermuda Railway Trail cuts through the rock and used to go over to Ferry island. There is a bench here and we spent some time just resting and enjoying the view. 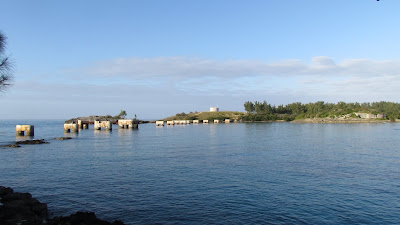 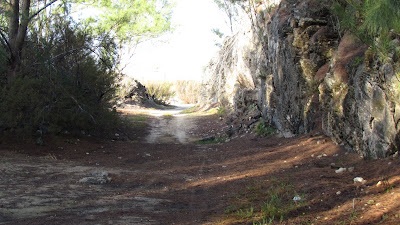 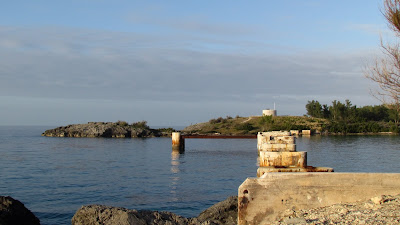 I saw this Martello Tower, which was built in 1822, from a distance and was disappointed that it was across the bay on ferry island. I took many shots of it, some seen above. Here are a couple more. 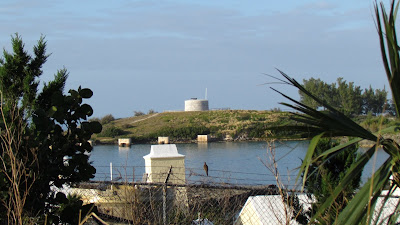 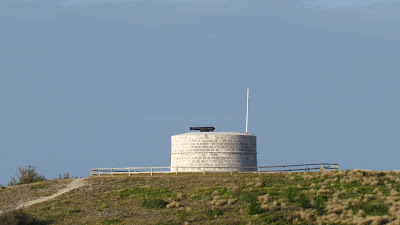 This structure we could see from our resort. i still do not know what it would have been used for. 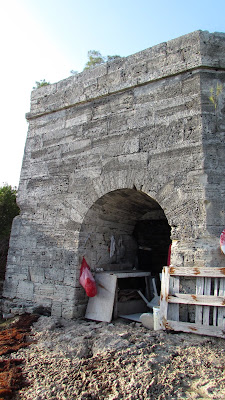 Finally as we were making our way back along the trail I took this shot of the moon. Never been able to do that before. 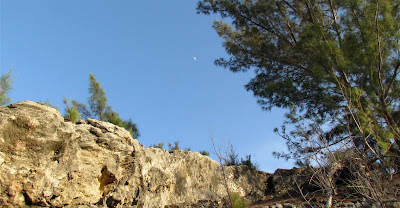 The stucture that you could not identify is a disused lime kiln. a fire was stoked in the kiln, local limestone placed on it and the heat would reduce the rock to lime ash. The ash was then mixed with water and the qiucklime used for plastering and masonry.

Thanks so much for explaining that. Good to know. We climbed all over it and couldn't figure out it's use.