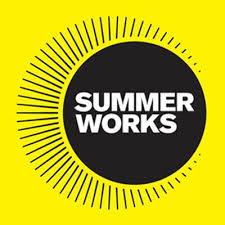 Every year Teena and I try to attend at least one performance at SummerWorks.

Today I was at the production of Divine which was performed at the Factory Theaterat Bathurst and Adelaide.

Ontario is out of water and a pair of bandits search for their last hope – a water diviner by the name of Penn. Stories say she can crack the world like a coconut and make water bubble to the surface with nothing but her hands. But the bandits aren’t the only ones hunting her down. And what if there’s nothing left for Penn to divine?

An all woman cast in Natalie Frijia’s post-apocalyptic wild west asks how we would survive in world without water. Would we turn to community… or to revenge? 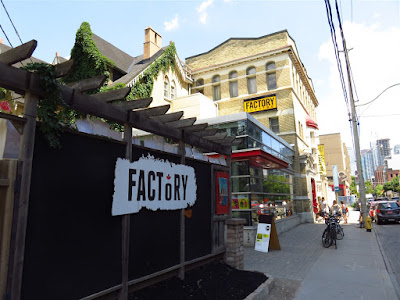 Outside the theater is a quaint beer garden. I grabbed a water and two oatmeal and raisin cookies (they were delicious!) to take inside but the server said they don't allow food inside.  Instead I smuggled them in. Never say no to a bad boy like me! 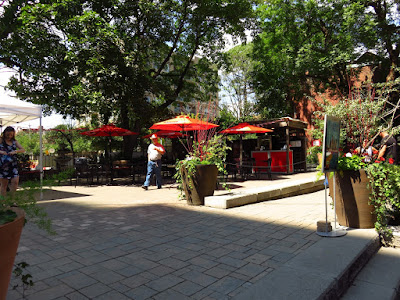 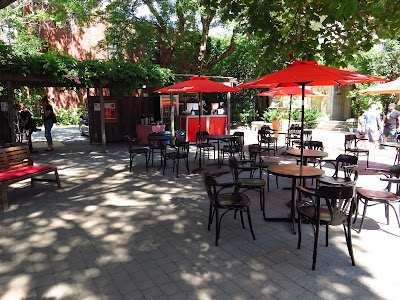 The play was very good. I really enjoyed their use of props and effects on the stage. Water was represent by blue cloth and blood by red cloth. I thought the use of shadows figures behind a white sheet backdrop really added to the production.

Amanda Cordner as Penn, the diviner, was excellent and was Haley Garnett as Seven, the child and narrator of the story.

They play lasted 75 minutes and was a worthwhile way to spend a Sunday afternoon. 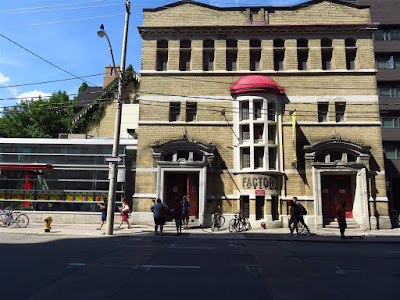 Sadly this is the only production I will see at this years festival as today is the last day. I am looking forward to going to more next year though.
Posted by Swordsman at 16:40

It is truly amazing to see something of this big a level being done in the name of art. The story of the play sounds a little familiar, but I do wish I could have seen it myself! Always a pleasure to watch a good play with your own eyes.