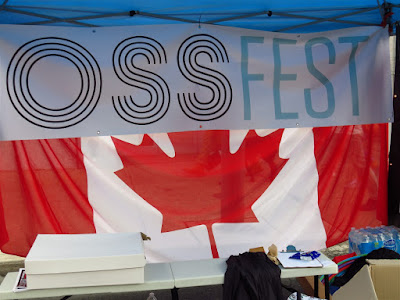 This afternoon, Teena and I headed up to Ossfest. This is the second year for the festival where Ossington Ave, one of the coolest strips in Toronto, is closed between Dundas and Queen.

They drew a good crowd despite the threat of rain. 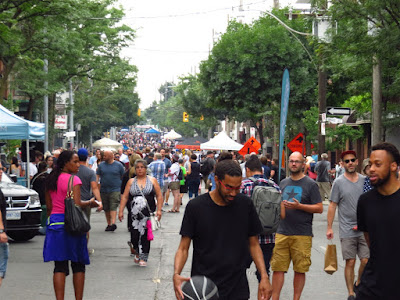 I thought this was a clever idea. A place for cyclists to store their bikes fro free safely so they could enjoy the festival and not bother people with their bikes. 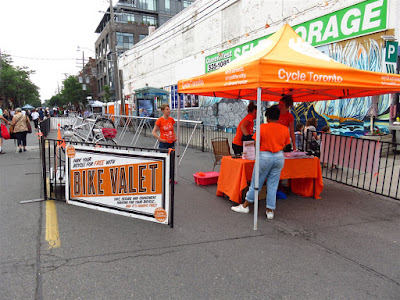 The Indie88 people were there giving out sunglasses. Yes, I got a pair. 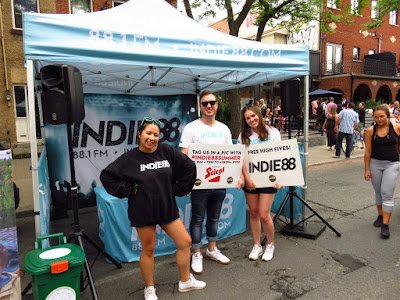 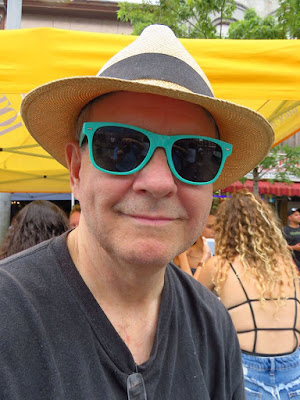 Some of the booths 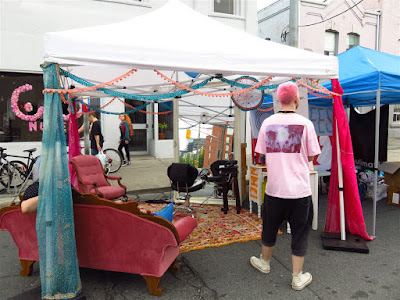 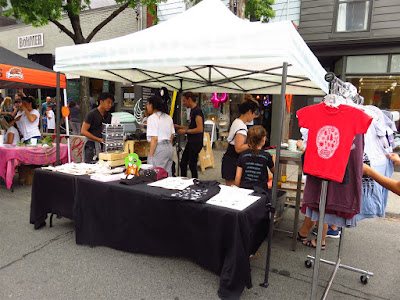 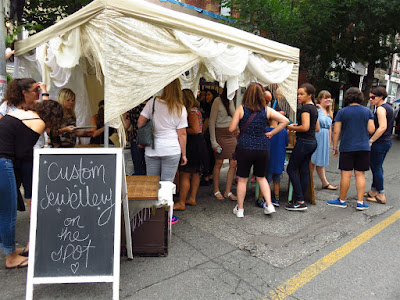 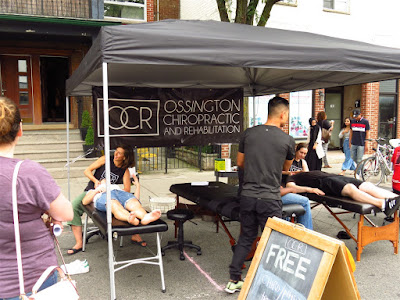 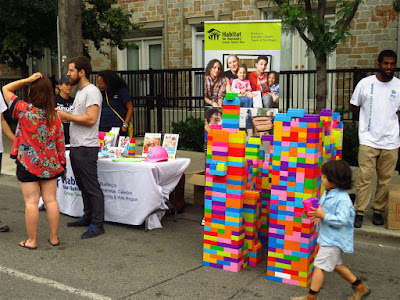 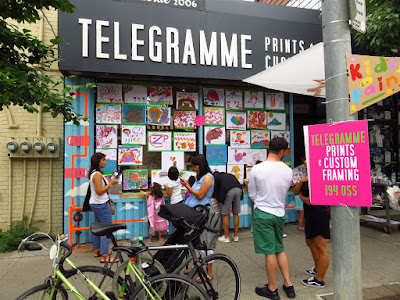 Bang Bang Ice Cream was a hit as usual. They don't need a festival to have a line-up as it is lined up, morning, noon and night. 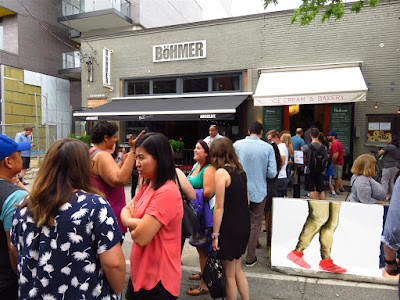 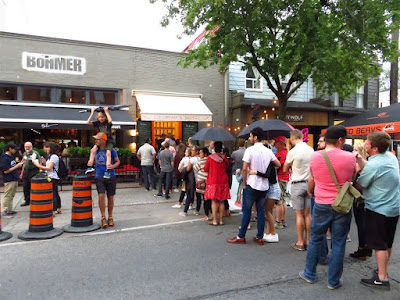 This is a great looking peameal sandwich. It came from Rashers, a restaurant on Ossington known for a variety of bacon sandwiches. 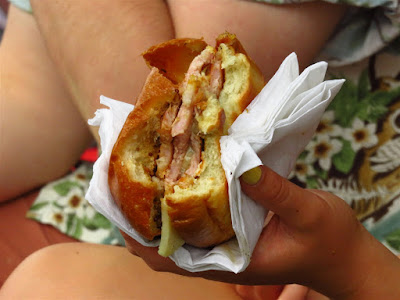 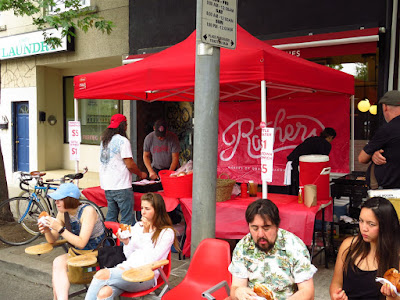 The music stage was up by Dundas and The Painted Lady provided a patio to watch from.

Kunle were very good. The lead singer is from Nigeria. 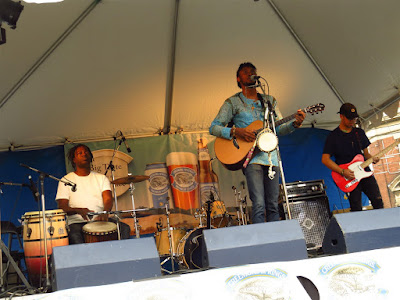 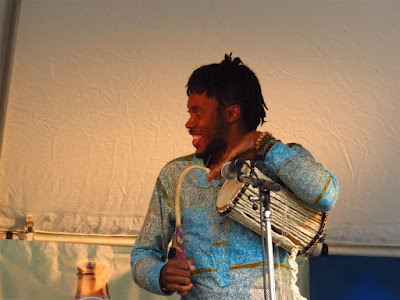 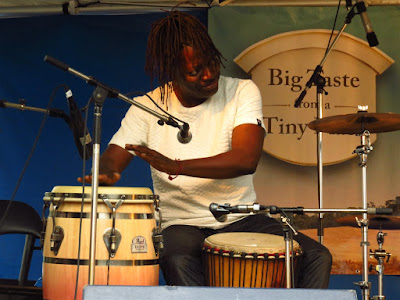 They were followed by Park Eddy, who were quite good. I really enjoyed their lead guitarist. 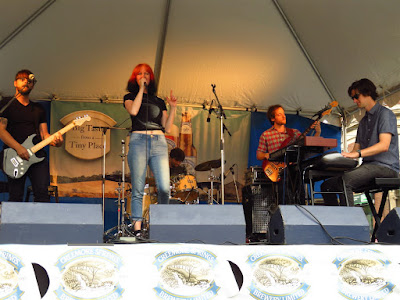 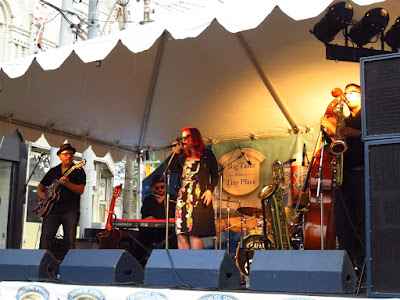 When we walked up Ossington, we saw a wrestling or boxing ring. I wasn't sure which. While walking the other way, a wrestling event was going on provided by Superkickd. It was a lot of fun. They fought in the ring, in the street on ladders. it was a fun way to end the day. 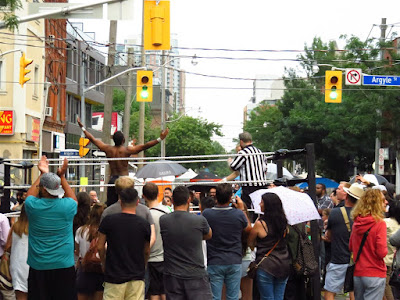 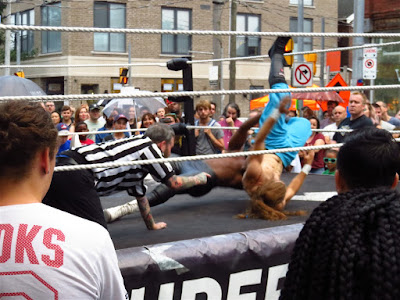 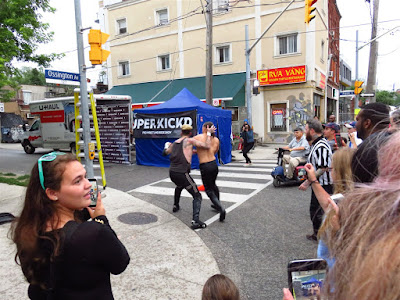 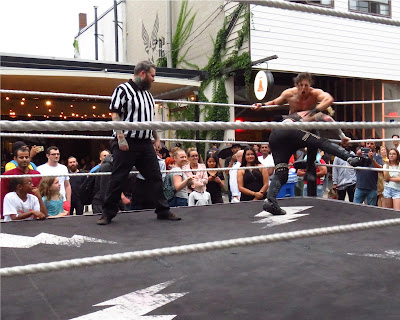 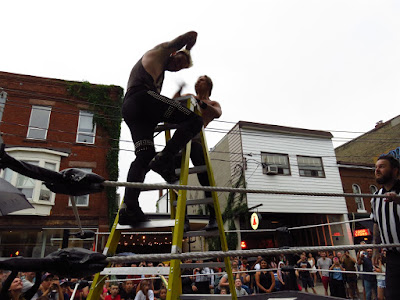 Ossfest was fun and I would go again next year.
Posted by Swordsman at 20:27