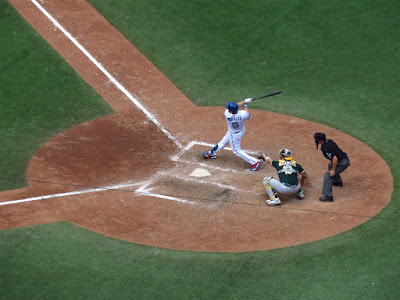 The Toronto Blue Jays had an afternoon game today against the Oakland Athletics and although the game was sold out, Teena managed to get us a pair of 500 level seats for half price. 47,484 fans were there to see if the Jays could extend their current winning streak to four game.

It had just finished raining and was cloudy when we arrived but the roof was open. 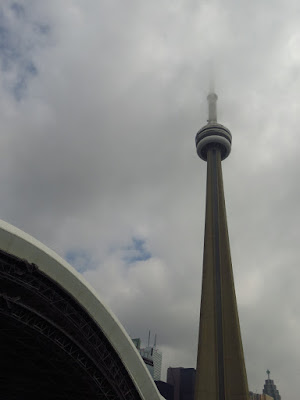 The exchanging of the score sheets and meeting the umpires before the game. 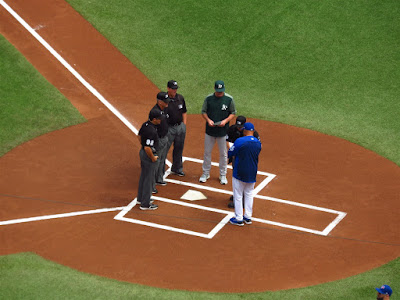 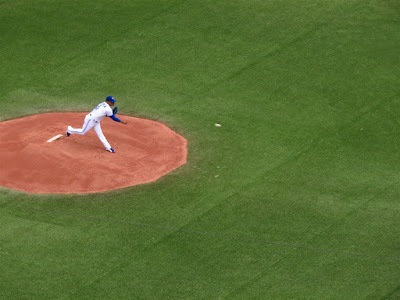 The view from our seats, although it really looked much closer. 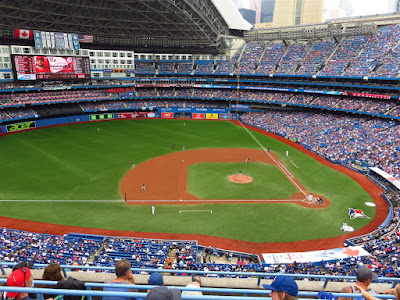 Bautista swing and a miss. He doubled and scored later on. 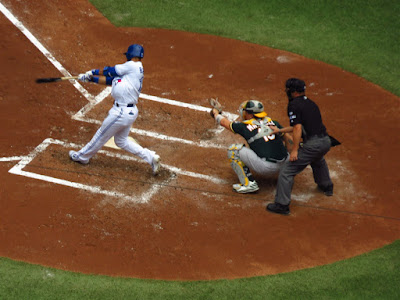 Troy Tulowitzki releases the ball to turn a double play. 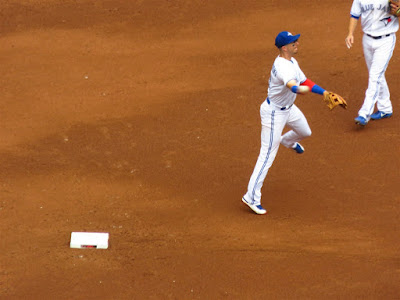 Two pitches later, the umpire called a ball, Stroman didn't look very happy about it, but wasn't yelling, still the umpire ejected him. Then catcher Russell Martin turned to say something and he was tossed. Two pitches, three ejected!

Stroman was so upset that he had to be held back and led off the field by bench coach DeMarlo Hale to avoid any suspension. 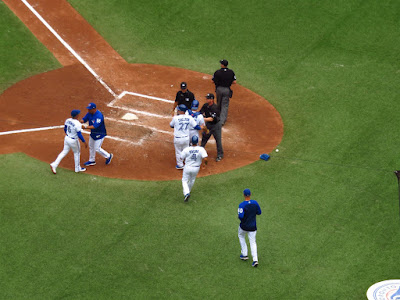 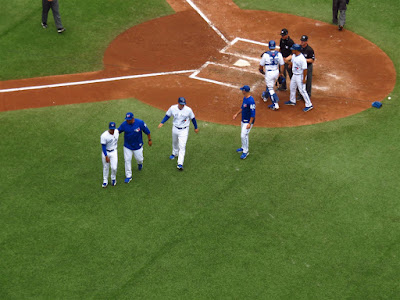 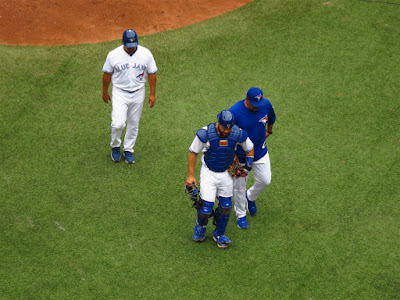 People were up on the CN Tower doing the Edgewalk. 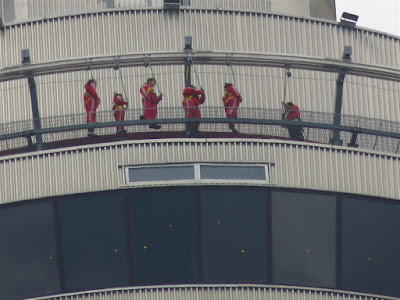 Here are Teena and I 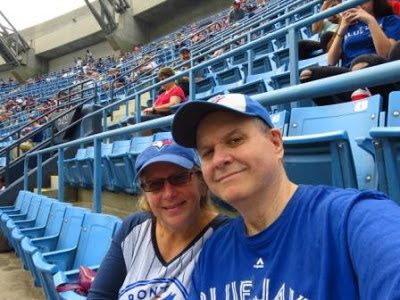 The skies cleared and it became a beautiful hot day. 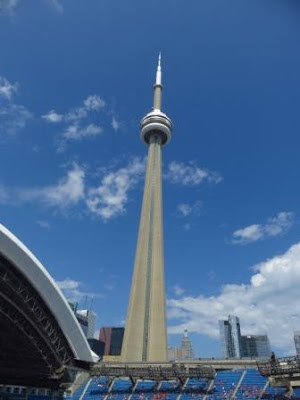 The Jays were down 3-1, before Kendrys Morales, cranked this home run to centre field (note the ball in front of him, slightly blurry, up to the left). Later, in the bottom of the ninth,  he tied the game with another home run almost in the same spot to tie the game. 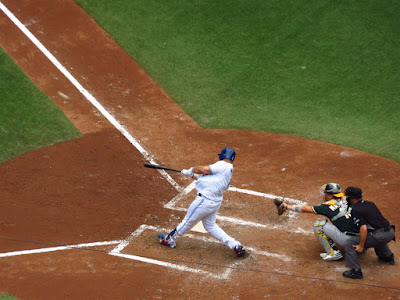 Kevin Pillar strokes a double but was stranded at second. 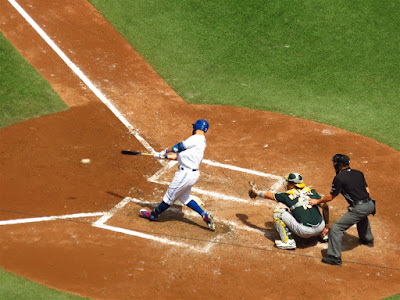 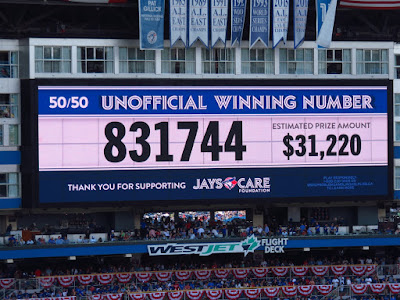 Talk about drama. It's the bottom of the tenth, with the bases loaded, with two out and a three and two count on batter Steve Pearce. A single will win it. A walk will win it. An out sends the Jays to an eleventh inning with the opportunity squandered.

Pearce did it in style by cranking a grand slam home run to beat the A's 8-4. The place went wild! 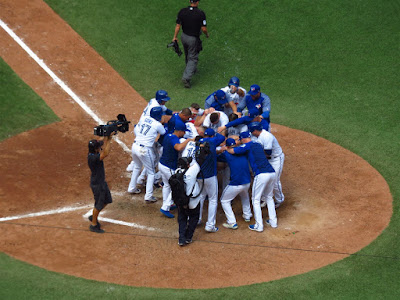 Home runs, ejections, extra innings and a grand slam to win. What a great way to spend an afternoon! 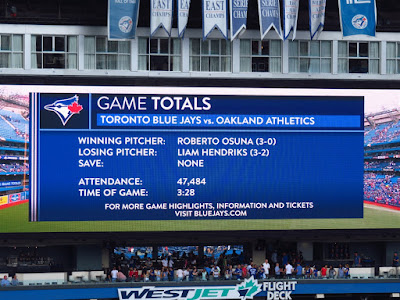 Hopefully the Jays can win at least two of three over the weekend and keep our hope for a playoff run, no matter how slight, alive. In the meantime, I'm looking forward to going to another jays game in the near future.
Posted by Swordsman at 17:00