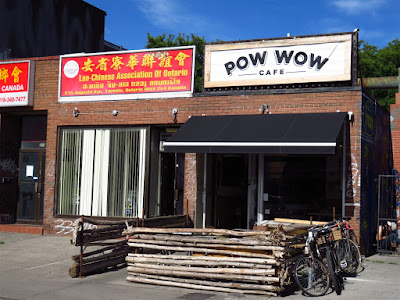 This evening I ate at the Pow Wow Cafe on Augusta Avenue in Kensington Market. The cafe specializes in Indian tacos, that's Indian as in First nations. What sets it apart from a regular taco? First of all, bannock, an Ojibway style of fry bread, is used instead of a Mexican flour tortilla.

According to Ojibway chef Shawn Adler in a CBC article on their website: "Fry bread developed out of rations," he said. "People were systematically taken off their land, they had nothing to eat. So what was given to them by the Canadian government was flour, lard, sugar, eggs and what came out of them was [bannock]".

The Ojibway style Indian taco draws on this influence. He also told CBC News that "the crunch in the bannock sets it apart."

The place is small and very cozy. 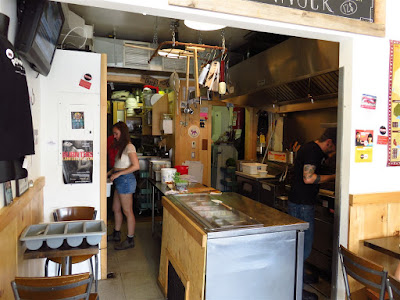 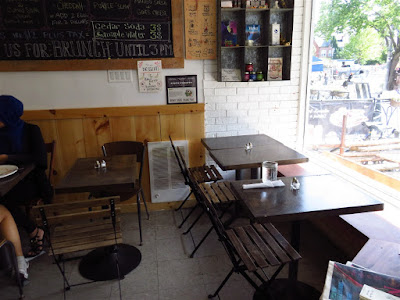 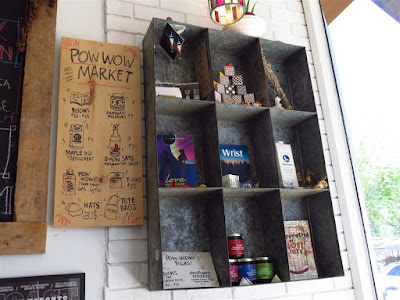 They do not sell big brand pop but make their own, so I started off with a homemade strawberry soda. It was nicely sweet, no overpoweringly so, and very refreshing. 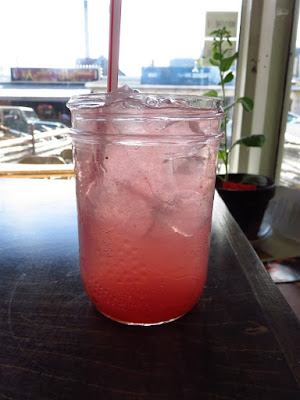 I ordered the jerk chicken combo. Why not? Jamaican style chick on an Indian taco. Gotta love it! 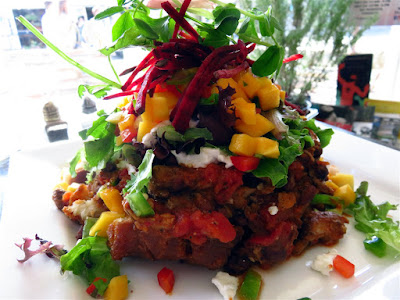 One taco is a full meal. It's layered with the bannock on the bottom and chicken, sauces, tomato and mango throughout. The mango really helped temper the spice of the chicken. There was a nice heat throughout. 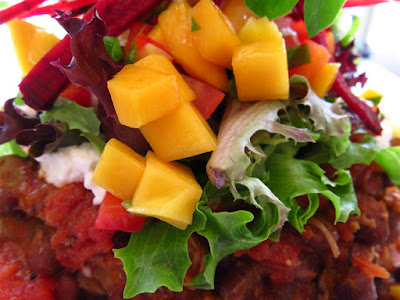 I managed to find a piece of bannock without any sauce on it. It's quite tasty on its own and reminds me of Newfoundland touton. It has a nice crunch and, yes, does a terrific job of soaking up the sauces. 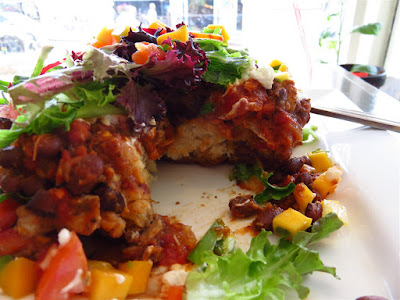 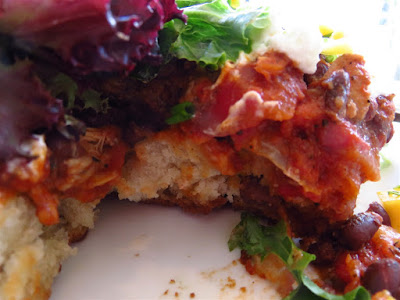 My appetite has not been great lately so I could not finish it. I hated leaving anything on the plate and as I had places to go, I couldn't get a carry out.

This was my first visit to the Pow Wow cafe but won't be the last. Think I'll try the beef taco next.
Posted by Swordsman at 18:00