Book Review - Vij: A One-Way Ticket to Canada with India in My Suitcase and Lessons I Learned in Life 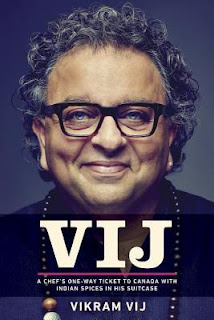 I've had some time to catch up on my reading lately and just finished Vij: A One-Way Ticket to Canada with India in My Suitcase and Lessons I Learned in Life.

Vikram Vij, one of Canada’s great chefs, shares his story of the trials and triumphs in building a world-renowned food empire.

Fragrant with the smells of cumin, turmeric, fennel, and cloves, Vij reveals the story of Vikram Vij, one of Canada’s most celebrated chefs and entrepreneurs. Co-owner of the world-famous Vij’s Restaurant in Vancouver, his story is a true rags-to-riches tale of a college dropout from northern India who made it to Europe’s temples of high cuisine, then with a one-way ticket bound for Canada, found fame serving some of the world’s most transcendent Indian cuisine. Vij’s Restaurant, originally a fourteen-seat establishment known for its extraordinary flavours and spice blends, along with a firm no-reservation policy, received accolades from restaurant critics and patrons alike.

A culinary journey that began in India as a boy enjoying the praise of visitors for his chai and biscuits, Vikram’s passion for Indian cooking and his lifelong mission to bring awareness to the culture he left behind have fueled his tireless drive in building a world-renowned food empire. Driven to succeed, Vikram realized his dream to launch five major initiatives under the Vij’s brand by age fifty, but with challenges and sacrifices along the way.

For the first time, Vikram opens up about his struggles with prejudice, his mentors’ lasting lessons, and the painful demise of his marriage—both the successes and the failures that have shaped and sharpened one of Canada’s most unique and revered culinary talents.

I really enjoyed this book. Although he was little known to me until he came onto the Dragons' Den, it turns out he really has made his mark on the Canadian restaurant scene.

Vikram gives so much credit of the success of his food to his ex-wife, Meeru, who worked with the kitchen staff and created many of the recipes for his earlier places, while he worked the front of the house and handled the publicity. That is not to say that Vij did not take part in the cooking as he is quite the chef himself as his new establishments attest.

He isn't shy to explain the money he has spent on all his ventures and the amount of debt that he is in. Most restaurateurs lease properties where he is only keen to buy. The same went for when he decide to expand his operation to include packaged foods for the supermarket. Again he never leased a plant but decided to buy the land and build it from the ground up. Seems it was just recently that it started to turn a profit.

As tough as one has to be to be an entrepreneur, Vij has quite the soft side to him, especially when it comes to family and friends. In many autobiographies, the authors will show themselves as totally driven 100% to their business but where Vikram does talk about this, he also talks about missing family and the joy he feels when with them.

Although I never have wanted to work in the restaurant industry, I find it fascinating and this is an excellent look at that inside world. 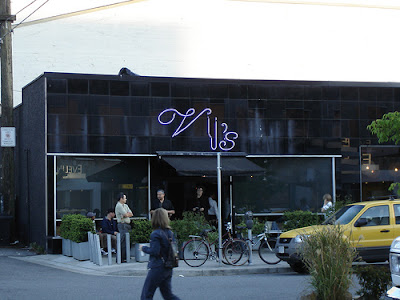