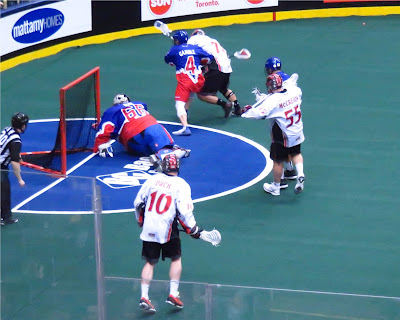 Tonight the 8-4 Toronto Rock took on the 5-7 Vancouver Stealth in NLL action. Toronto came into the game a single game back of first place Georgia, who they beat last night. It was a must-win game for the Rock in the race for first place.

The Toronto Rock celebrated 150 years of lacrosse in Canada. 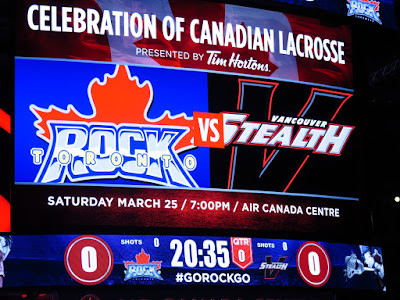 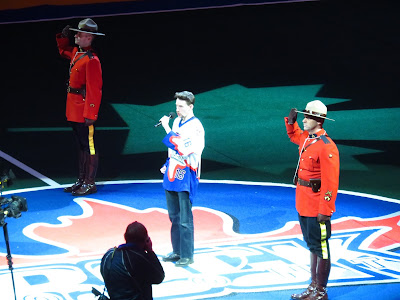 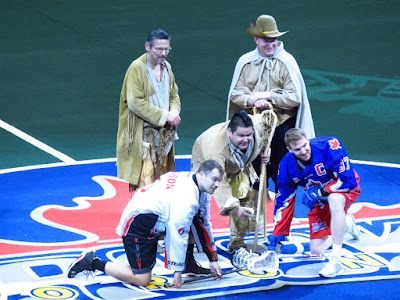 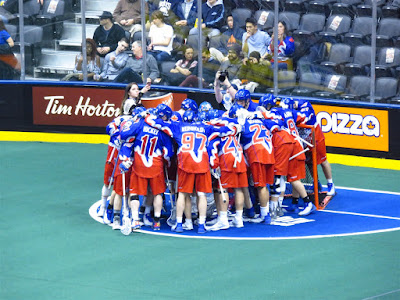 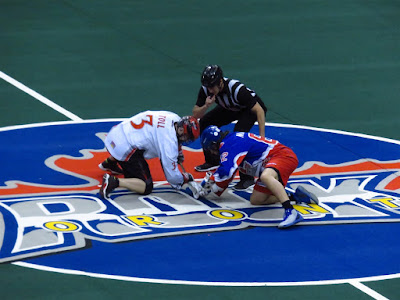 First half action. Toronto led 3-1 at the end of the first quarter and 8-2 at the half. 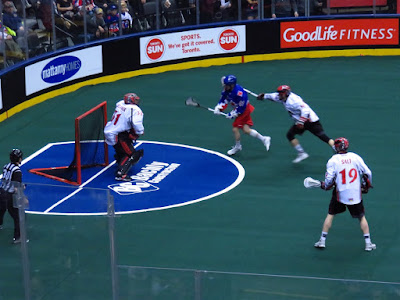 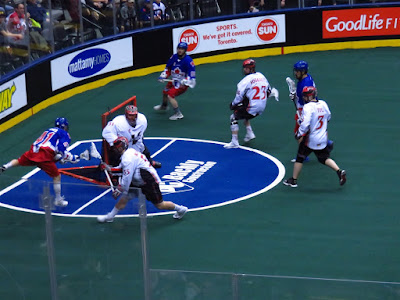 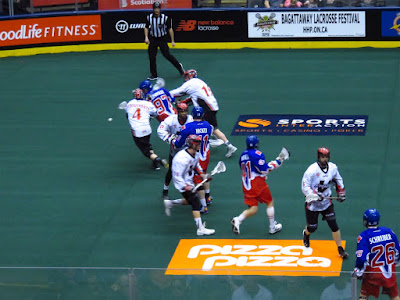 Our friend, Darlene, came to the game with us. 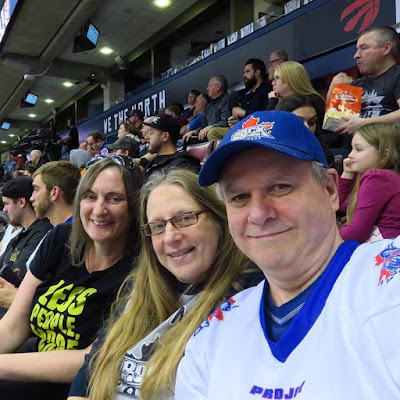 Iggy got the wave going. 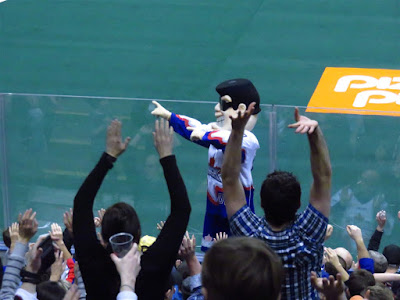 A Rock player gets mugged in front of the Stealth net. 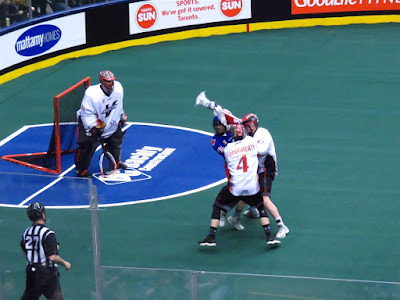 My birthday is coming up and Teena made sure my name hit the Rock scoreboard. Thanks, Honey! 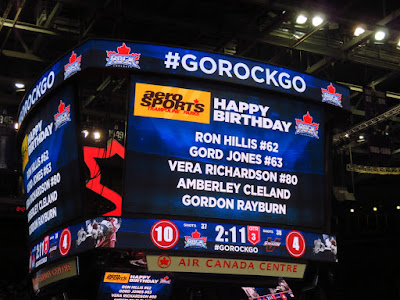 The Toronto Rock Cheerleaders came out to put on a show. 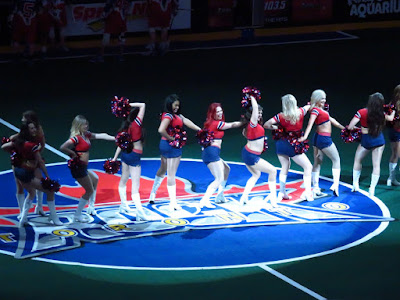 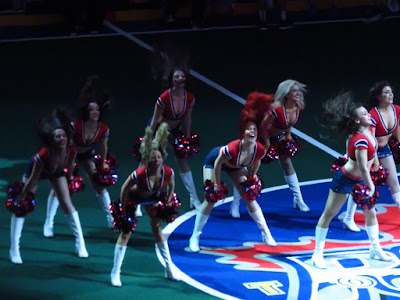 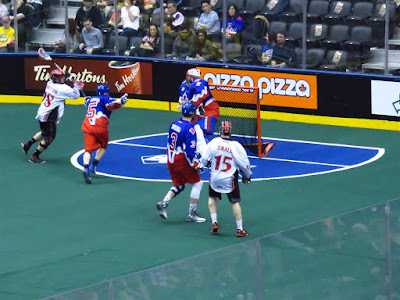 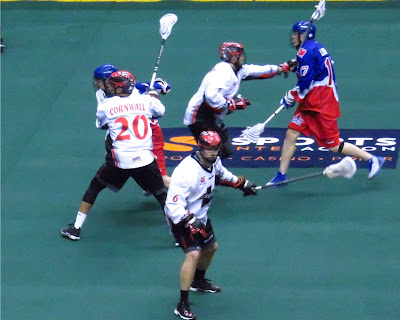 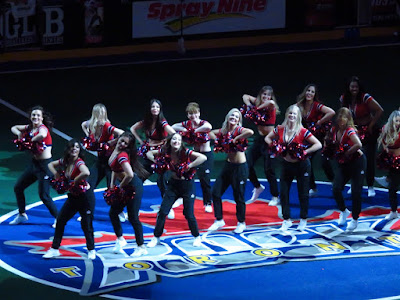 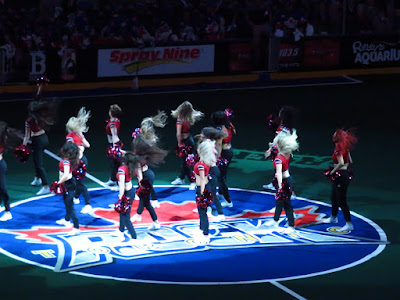 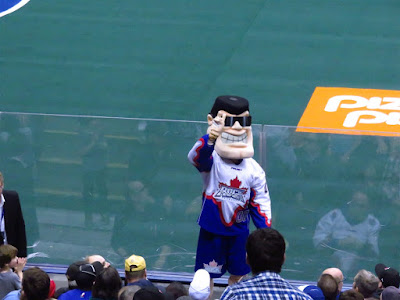 I finally managed to capture a goal in this game. Unfortunately it was against the Rock. Toronto goaltender Nike Rose (Rosie!) was sensational and only let in 7 all night. Oh, yes, he also scored an empty net goal, his second of the season!

So how good is he this season? He averages only 9.64 goals against per game. The next best in the league averages is almost a goal more at 10.44 per game. Astounding! 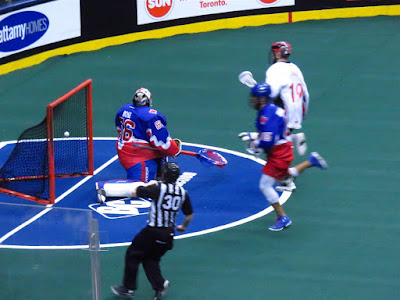 The Rock led 10-4 at the end of the third quarter and finished with a 13-7 victory. The game was never close. As usual, they circle the arena to thank the fans. 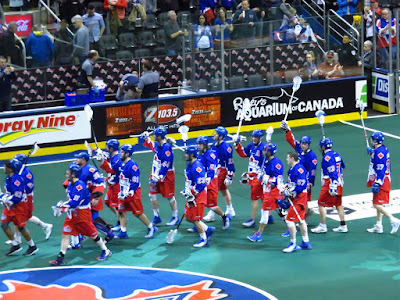 Tim and Gillian raise the Rock banner to salute the team. 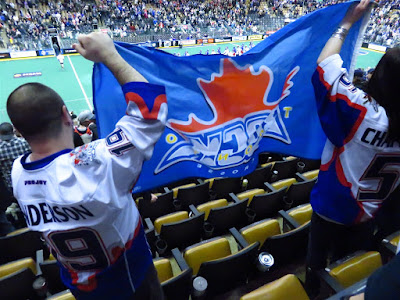 The Rock have four games left in the season and only one of them is a home game. Yes, Teena and I will be there cheering them on.
Posted by Swordsman at 23:09