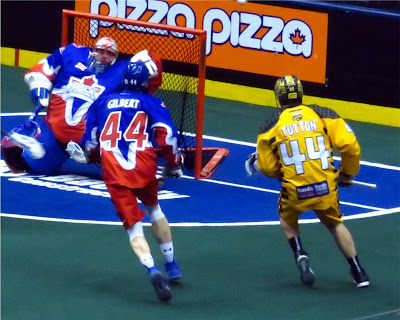 Tonight two things were going on at the ACC tonight. The first was the battle for first in the Eastern Conference between the 5-1 Georgia Swarm and the 4-1 home team Toronto Rock. Secondly, it was Toronto Rock's goalie, Nick Rose bobblehead night.

We were looking forward to a great game and were not disappointed.

Season ticket holders receive four free passes to a game for family or friends. Tonight Teena and I took our friend, Roger, and his father, Ben. 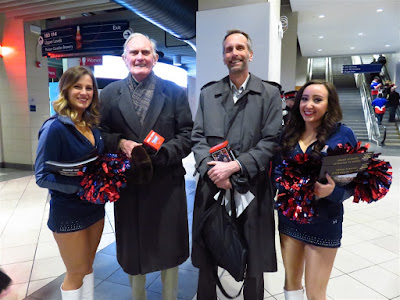 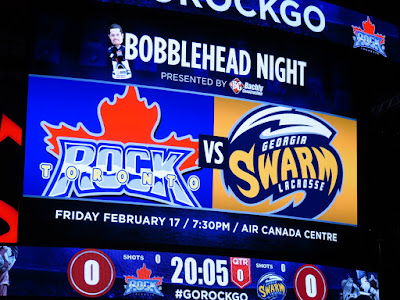 As always, Scotty Newlands did a great job singing the national anthems. 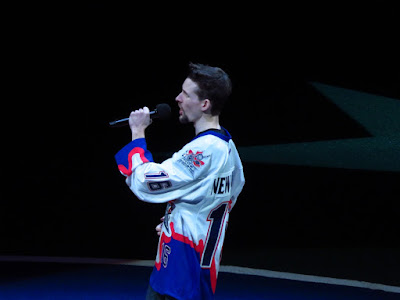 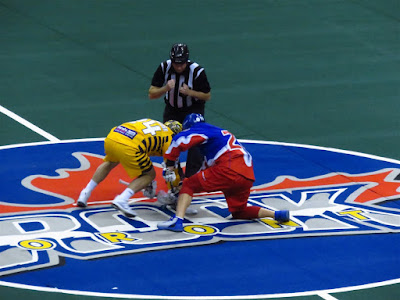 Toronto started off great and led at the end of the first quarter 5-2. During the entire game, we were the victim of goal posts and crossbars. 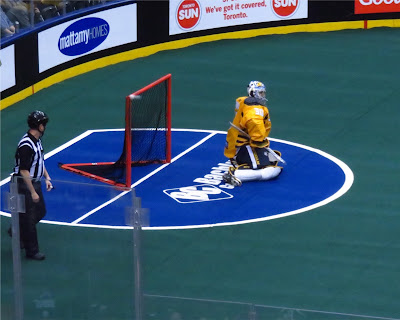 Action in the Georgia end. 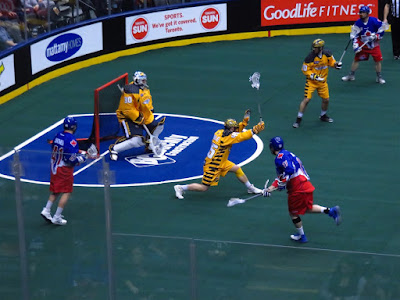 The Toronto Rock Cheerleaders were in great form too. 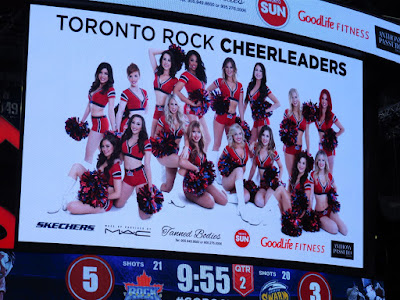 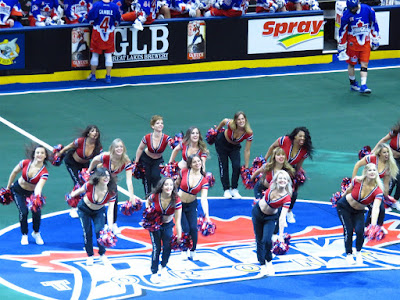 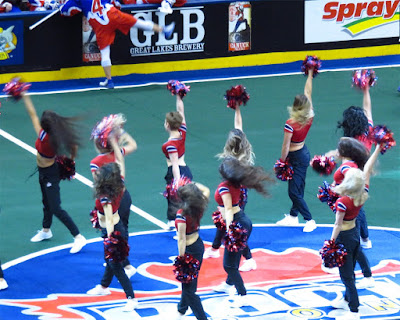 Georgia closed the gap in the second quarter. Toronto still led but only by a 6-4 score. There was some pushing and shoving before the players made their way to the locker rooms. 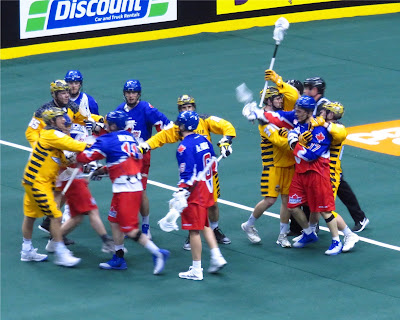 Third quarter action. At the end of the quarter, Toronto still led, but only by one, 10-9. Here Rock player Sandy Chapman is being chased down by three Swarm players. 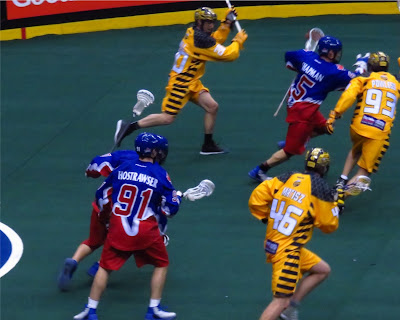 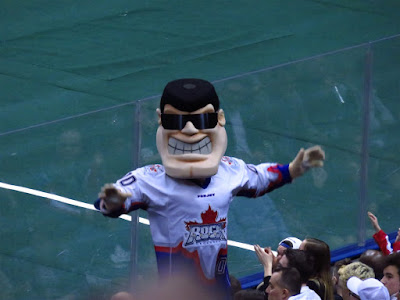 So did the Rock Cheerleaders. 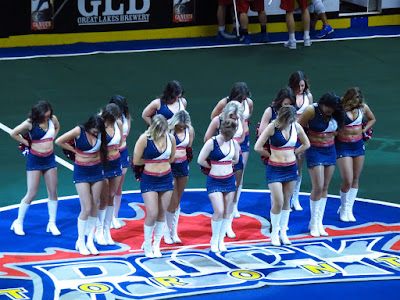 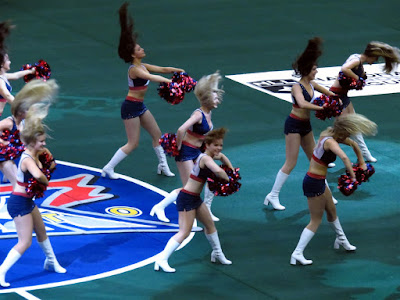 Toronto were leading 12-11 with just four seconds to go, 3.9 to be exact when Georgia scored to send the game into overtime.

The Rock had the first chance to score but couldn't put it in. 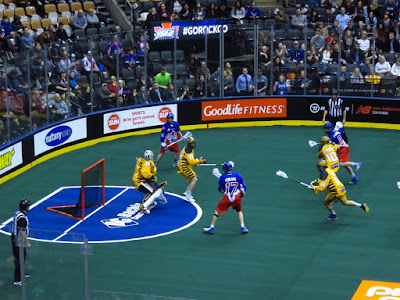 Georgia came back on the next rush and scored. It was all over after just 46 seconds of overtime. It was the only time the Swarm led all game long. Obviously the best time. Oh so close to being in first!

It was a fast and exciting game with great goals, great saves but a disappointing ending for the Rock fans. As usual, the Rock circled the arena and thanked the fans. 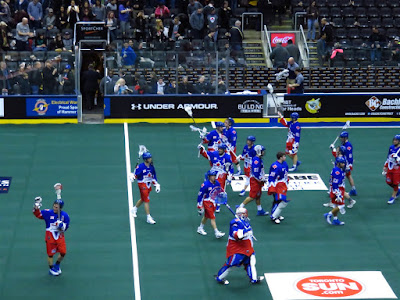 The Rock are on the road for their next two games against Rochester and Buffalo, then return for "Star Wars" night on March 3. Yes, Teena and I will be there in our Rock gear, cheering on the boys!
Posted by Swordsman at 23:01