Monster Jam 2017 at the Rogers Centre 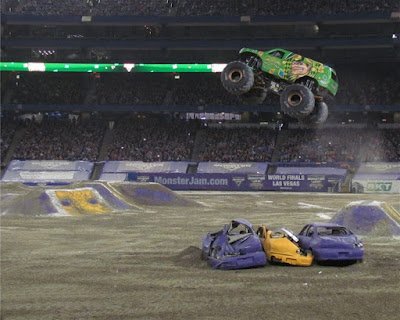 Teena and I went to Monster Jam last year and had such a good time we said we would be back in 2017. Monster Jam 2017 was at the Rogers Centre this weekend and we had great second row tickets for today's show. 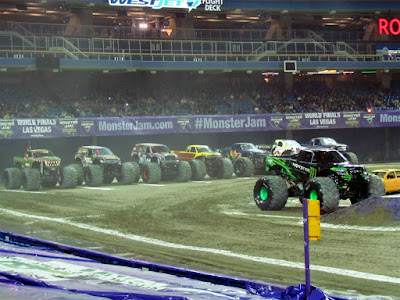 It's loud, exciting and fun! 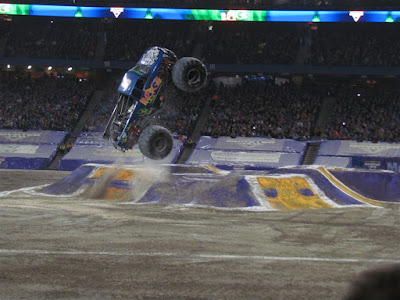 There are three events. 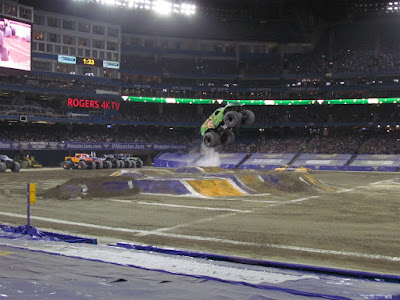 There is a racing event, wheelies competition and freestyle. Jester does a great jump in the freestyle event but broke. He came in third. 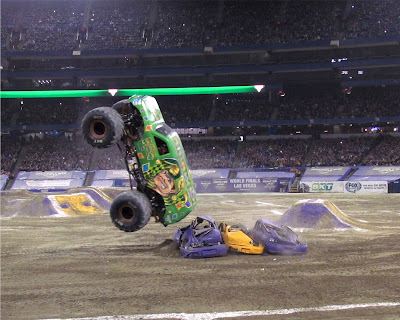 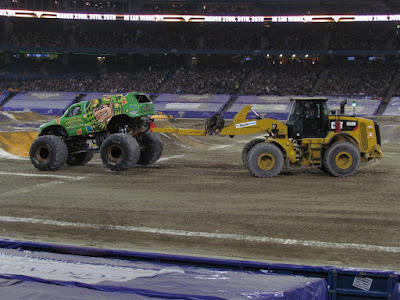 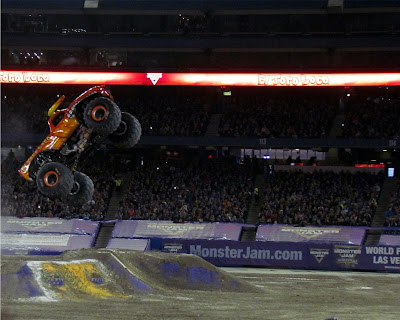 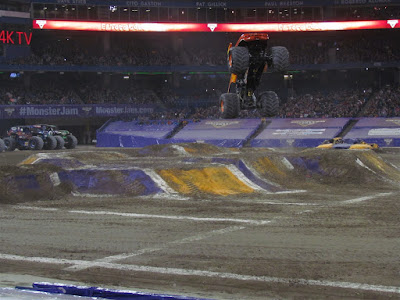 Monster lost his hood but did well 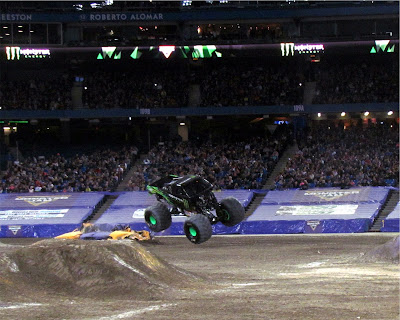 The crowd loves Gravedigger, which has been around forever. 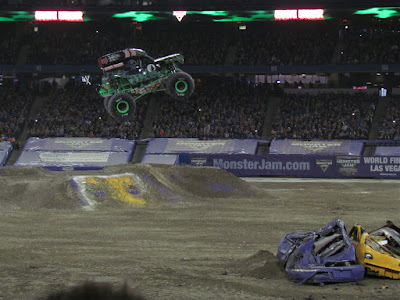 And why not? He is the only one that does an in air flip of his truck! 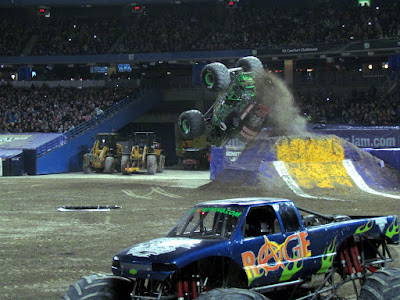 Of course, this was worth a string of 10s 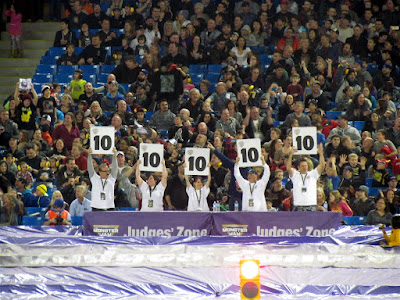 A fitting end to the day. Son of a Digger broke one of his back wheels and still went for jumps, ending up embedded into the top of a dirt ramp. 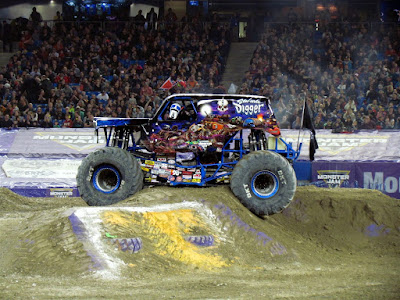 It was a fun afternoon, and, yes, we'll be back again next year.
Posted by Swordsman at 16:30